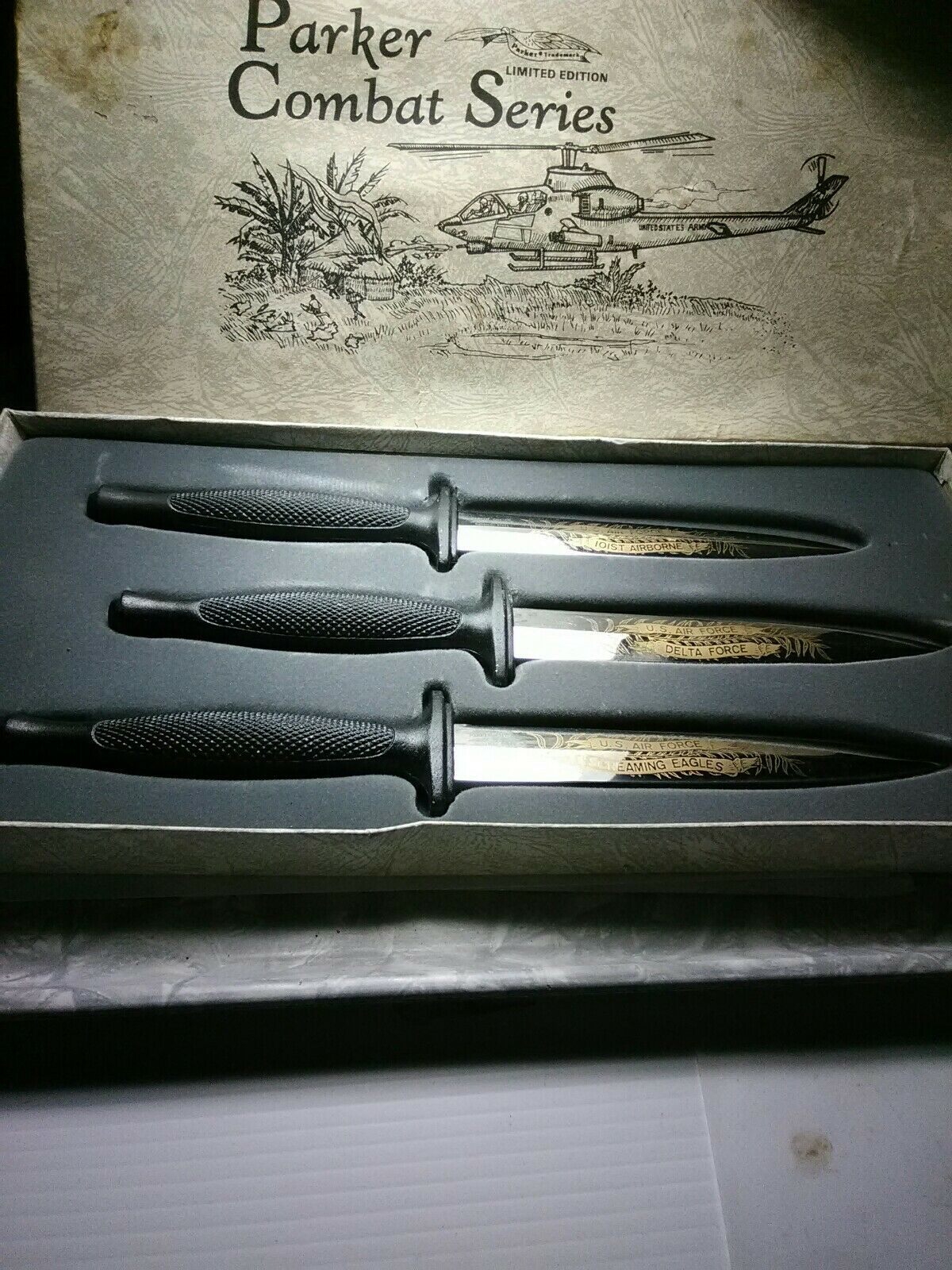 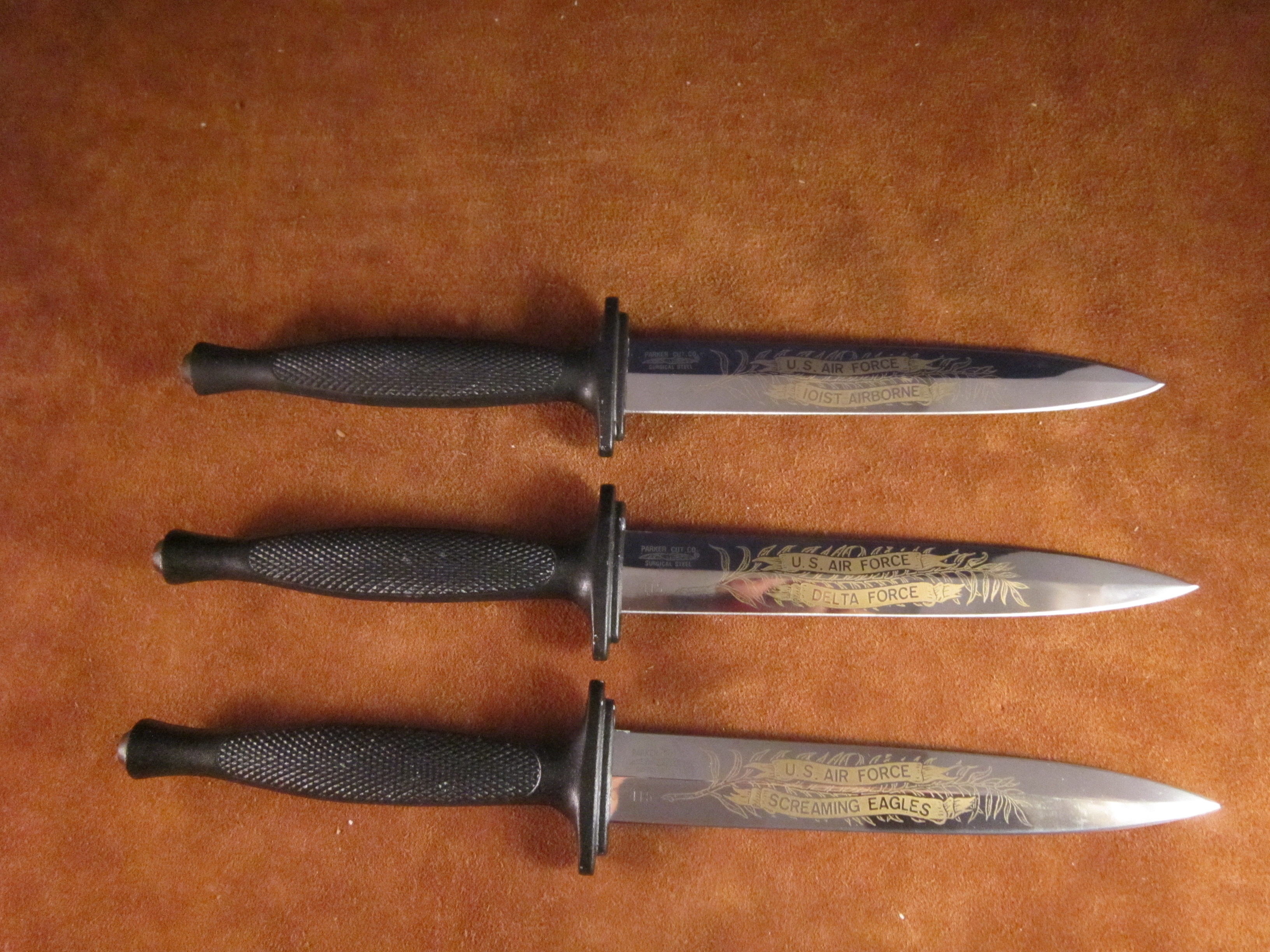 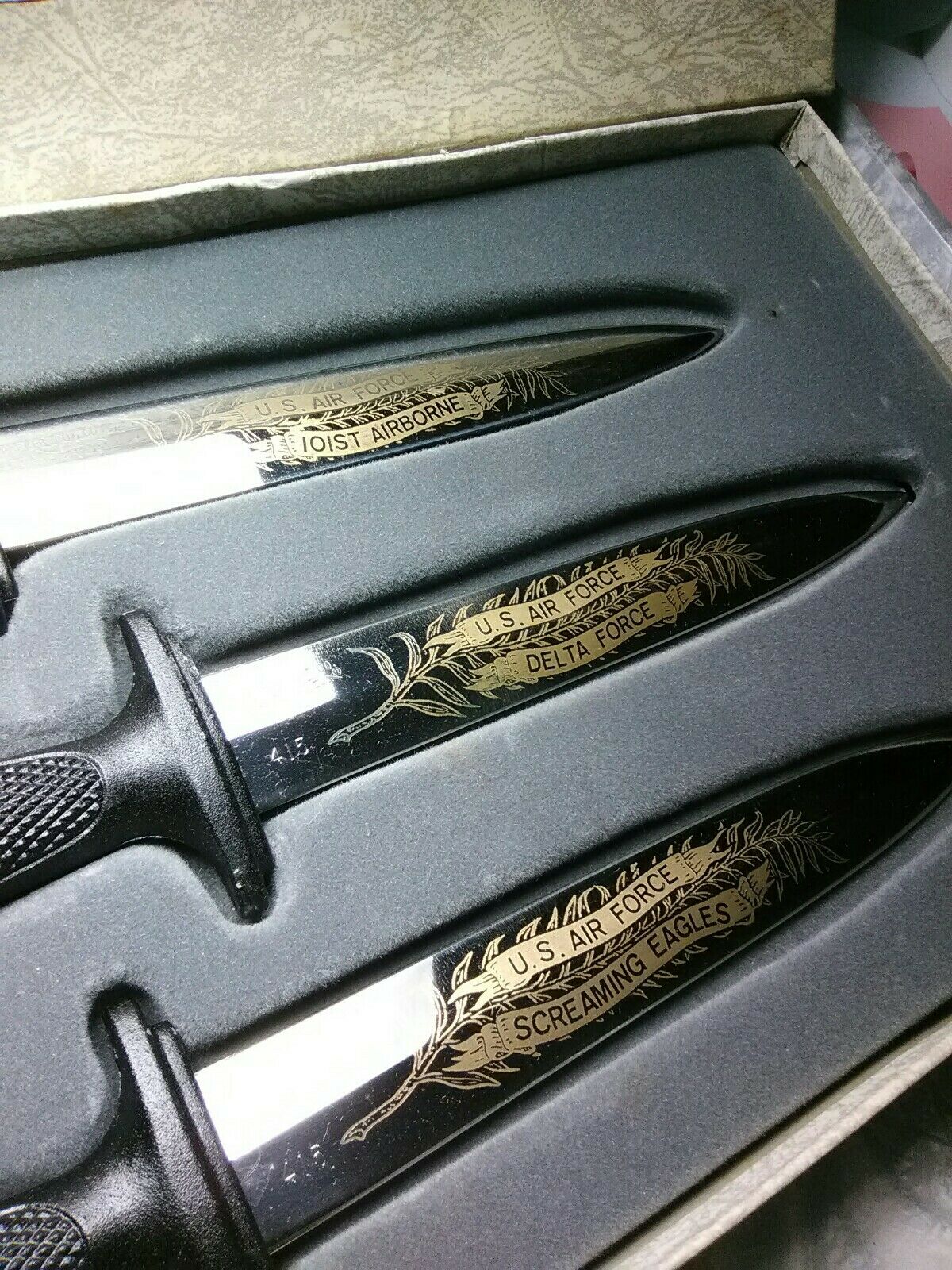 If you look closely at the helicopter on the box, it says United States Army. Someone had it right but quality control did not. It makes it a very unique set. 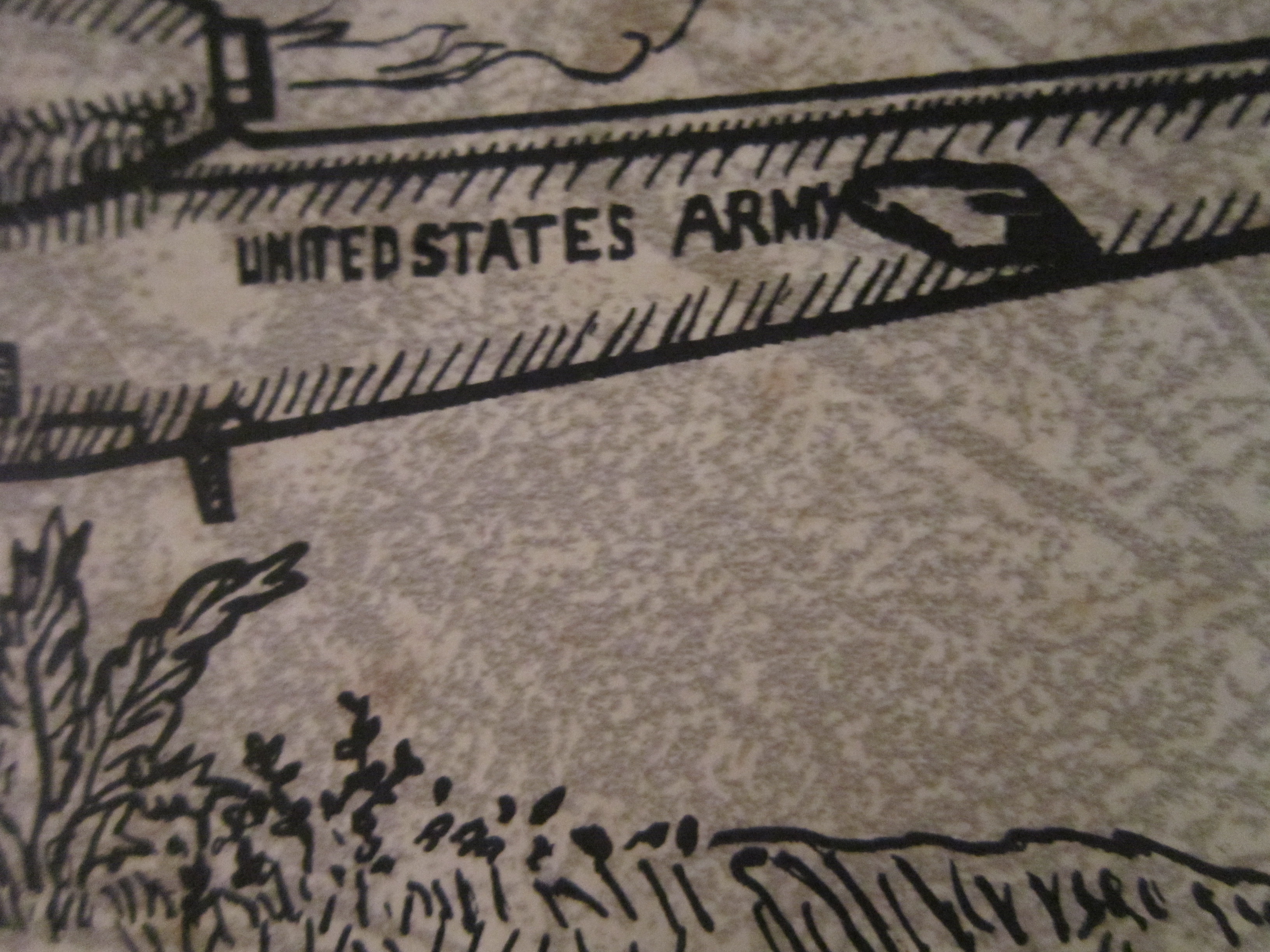 Because so few of these were manufactured and some sets were broken up, these are collectible and unique knives.

To purchase this set:Parker Combat Series