Scarce Limited Edition Parker Cutlery Co. Eagle Brand Limited Edition Combat Series Three Knife Set. The Parker Vietnam Boot knife Sets according to a Bulletin put out by “Cutlery World” were actually a manufacture’s Error, the Screaming Eagle, Delta Force and 101st Airbourne were all units of the U.S. Army’s Airbourne Division, not part of the U.S. Air Force that is etched on each of the knife blades & only 600 sets were manufactured making each set Very Collectible. The OAL of each knife is 11-1/4", each knife blade is double edged and is 6” in length, one blade is etched “U.S. AIR FORCE 101ST AIRBOURNE”, the second blade is etched “U.S. AIR FORCE DELTA FORCE” and the third blade is etched “U.S. AIR FORCE SCREAMING EAGLES”, the tang on each knife is etches with the “PARKER CUT. CO. SURGICAL STEEL & JAPAN” Logo & all are engraved with the same serial #. This knife set is numbered 415. On the box, the helicopter is marked US Army so the boxes were correct.

This set is untouched, has some white spots on the handles and a stain on the box. 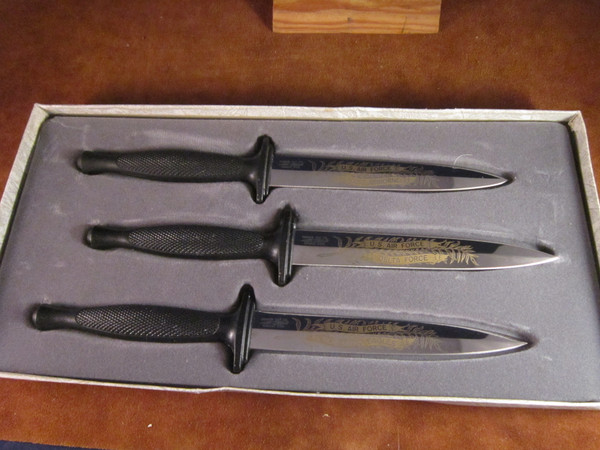 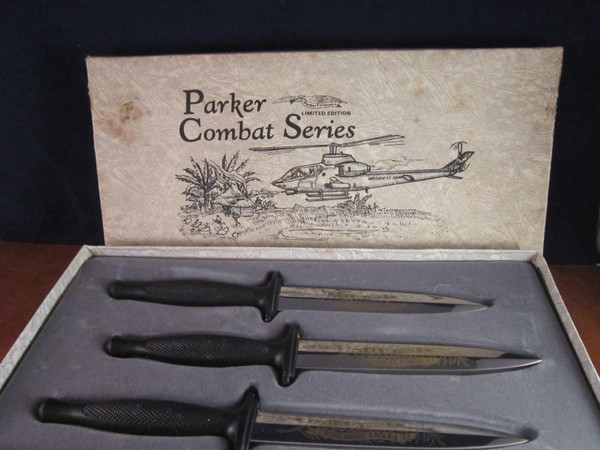 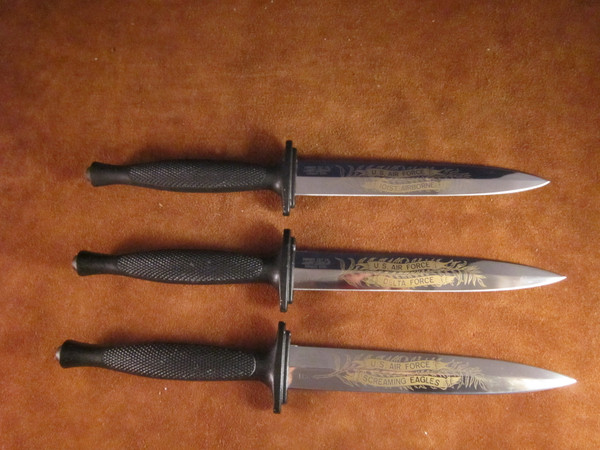 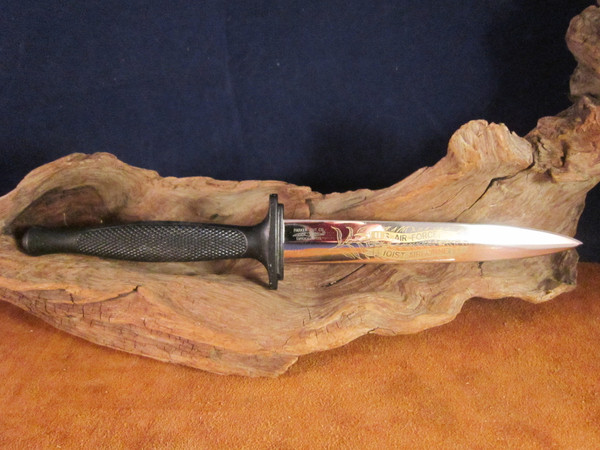 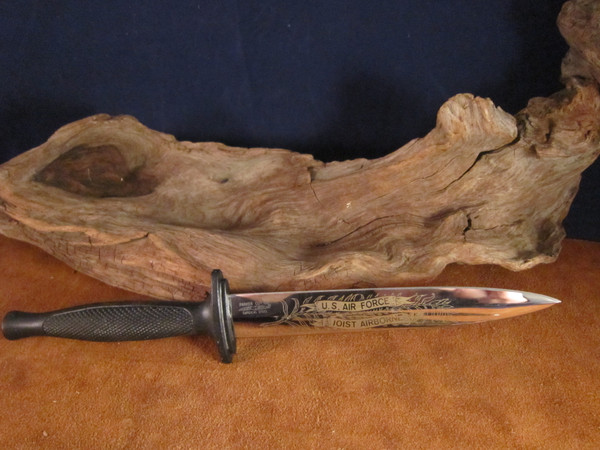 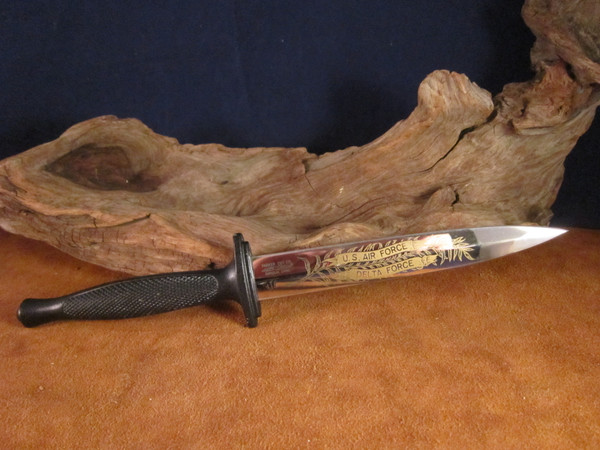 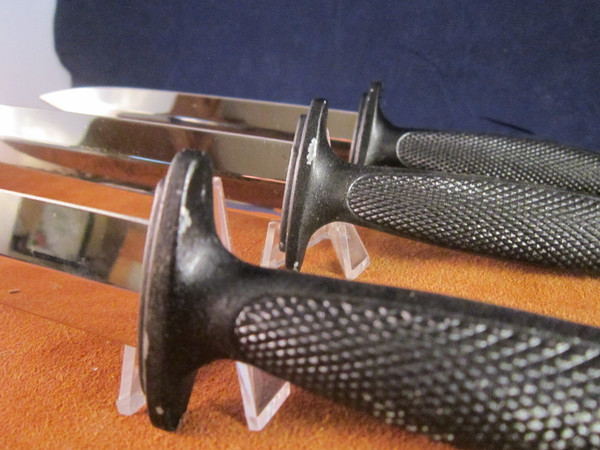 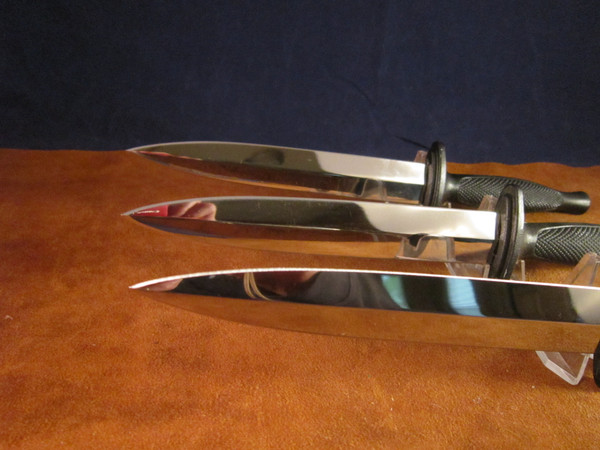 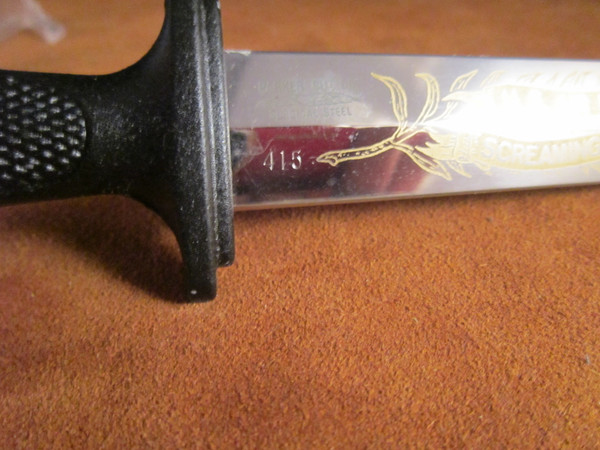