In the 1970’s Browning produced a series of knives considered to be among the finest knives Browning ever offered. The knives were produced in the USA by Browning, Seki, Japan and Solingen Germany' The quality of the manufacturing was excellent.

In 1968, Browning introduced a line of cutlery in the form of 3 fixed-blade hunting knives and a folding knife designed by Custom Knifemaker Gil Hibben decades before Rambo III or Star Trek movies made him famous. Designated the Sportsman’s Series they were well designed hunting knives, both folding and fixed blades made to complement Browning’s firearms in the field.

The original set were reported to be produced by Ichiro Hattori in Seki, Japan who later produced additional knives for Browning.

Per the brochure produced by Browning at the time, the knives consisted of;

Model 55 - All Purpose Hunting Knife The blade of this knife has a contour generally preferred by hunters. While it’s a 5.5” length especially suits it for a big game hunter, it is not at all unwieldy for upland game of the needs of the fisherman. 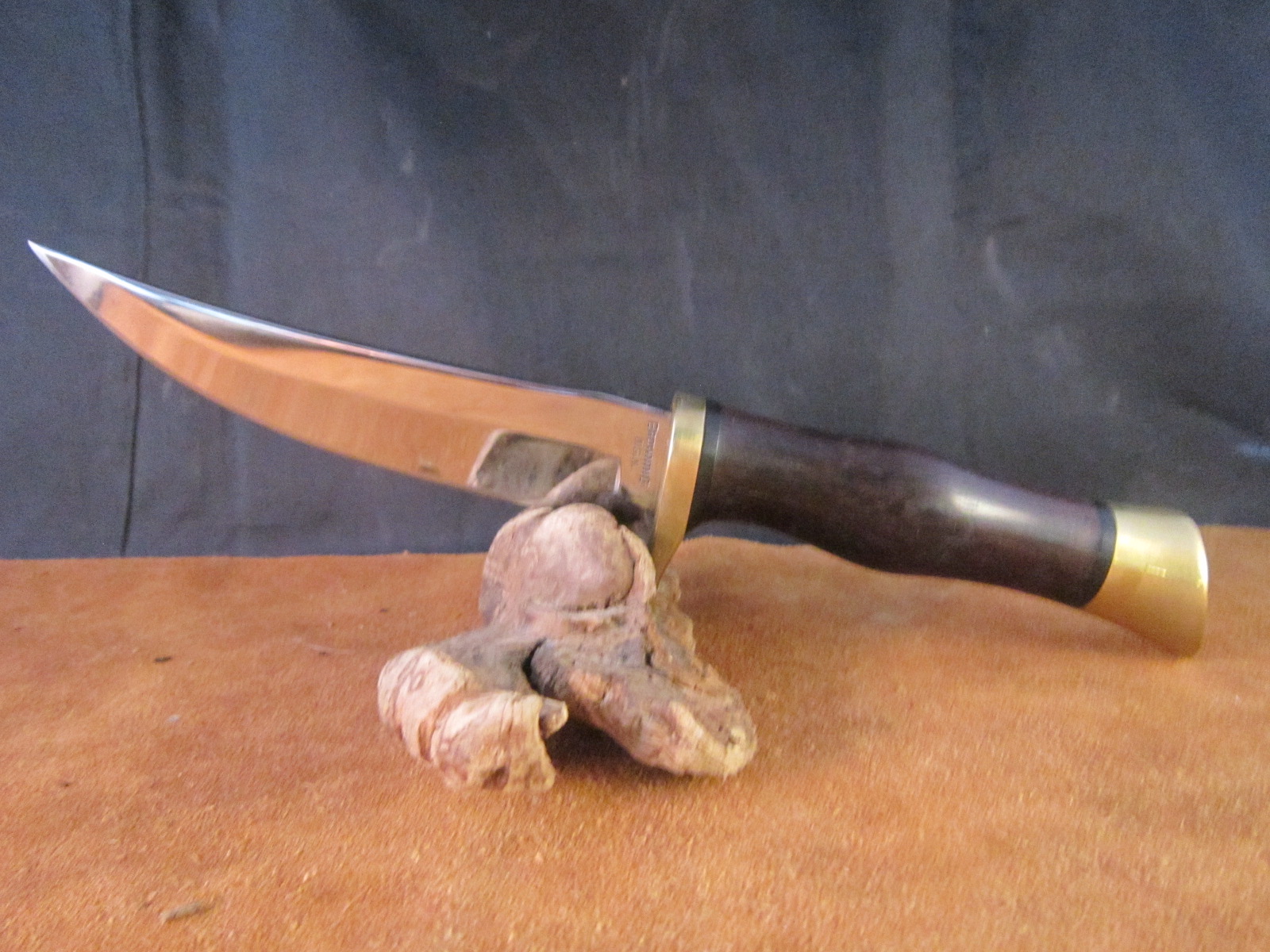 Model 45 – Skinning, Hunting Knife The knife was generally designed for the hunter that skins his game. Capable of dressing any trophy animal with its deeply curved 4.5” blade contour and serrated spine will deftly cape the trophy for your taxidermist.

Model 40 – All Purpose Hunting Knife this knife has the same basic blade contour as our Model 55 but its trim 4” length will find appeal with many Outdoorsman who prefer a shorter blade length. It handles well with fish, small game and waterfowl, yet is enough knife to dress out any big game animal. 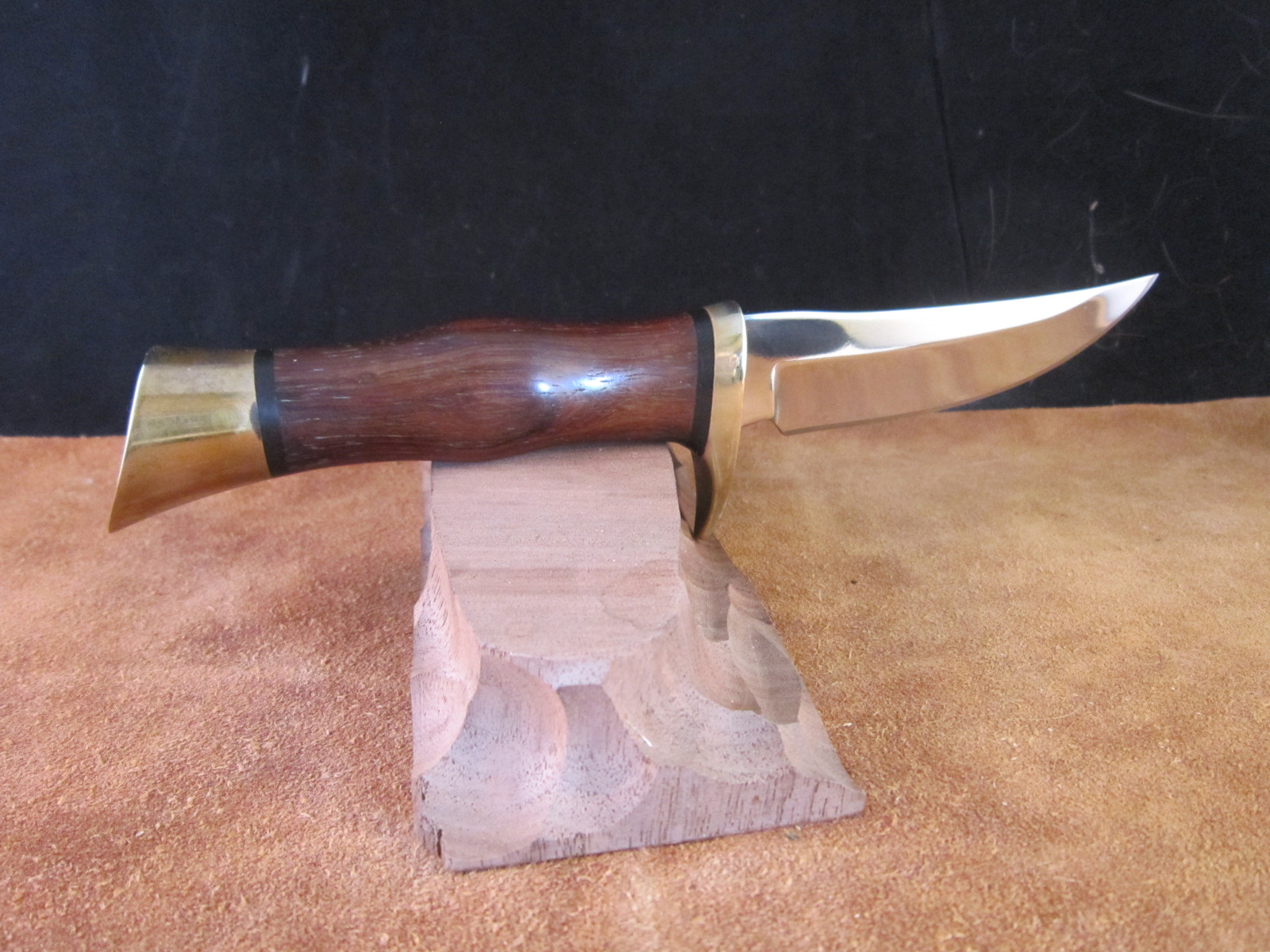 Model 40F – Multi-Purpose Folding Knife the compactness of the folding knife is combined with a universal blade design. It is a hardy companion with the versatility to handle any command from campfire whittling to all hunting fishing tasks. A positive lock prevents closing against your fingers and retains a safe pressure on the 4” blades when in a folded position. 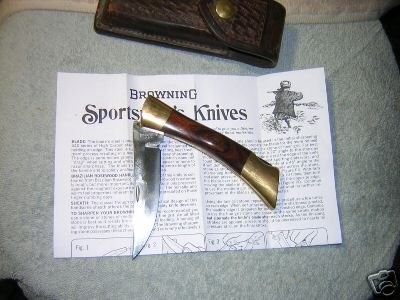 The blades steel was precision ground from the very finest of 440 series of High Carbon Steel. The handles were made of Brazilian Rosewood and consisted of a solid brass guard and buttcap.

The early fixed blade knives had a fold-over, (some call it pancake) sheath but the trailing point blades often punctured the sheath if there were not carefully re-inserted into the sheath. Later models featured a tooled 2-piece sheath with a leather welt to protect the sheath, were well manufactured in Mexico and had a retaining strap for the knife.

Later Browning revised the fixed blade selection to 5 fixed blades including 2 drop point and a filet knife. The blades were 440C and the handles of Stamina Wood, African Ebony or in the case of the Filet knife, cork. They also expanded the folding knives to ten and added many models of pocket knives. The Drop Point Hunter 3718 was produced in Seki, Japan by Ichiro but similar models were produced in the US and Germany.

Model 35181 Made in USA, Basket weave Sheath made in Mexico. 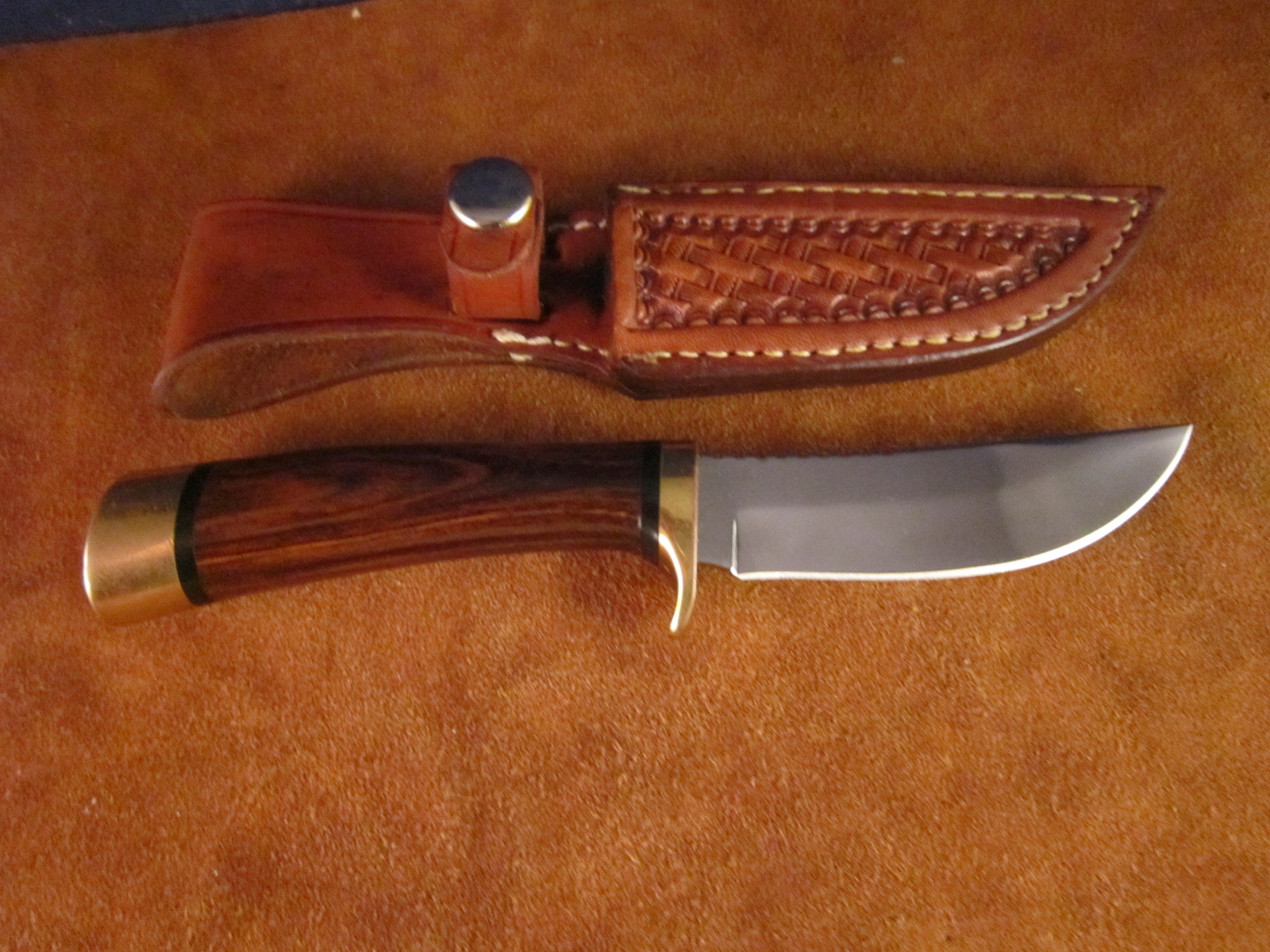