"The Browning Double Edge Damascus Hunter was designed by famed American knife maker Gil Hibben. The blade is splendidly figured with 200 layers of pure nickel and high carbon stainless steel blended in the Damascus process, then free hand ground to a razor edge. The Cocobolo wood handle contrasts against the polished bolsters. Fitted in a walnut presentation case. Very limited numbers of the original 1,000 remain".

"In 1983 Browning approached the Seki Japan knifemaker Ichiro Hattori with an idea to make a one time limited edition Damascus hunter based on one of Gil Hibben's designs. Up to that time the making of a Damascus blade involved the forge welding of iron and steel in alternating layers that often resulted in a costly and not very rust resistant final product. To meet Browning's requirements a new kind of Damascus was created by Master knifemaker Ichiro Hattori, not using iron, but stainless steel and nickel forge welded in 200 layers. The final result with its surface grain, beautiful pattern and high luster was such the Browning changed their plans and decided to extend the limited run designating it as Browning Model 3816. However only two variations, one with engraved bolster, were produced over 2 years as the Yen/Dollar exchange rate in 1986/87 made continued production prohibitive.

Sold as the Model 3816 Double Edged Damascus Hunter with stainless steel guard and pommel and Cocobolo handle it was sold in a Walnut presentation case with no sheath and a certification letter from Browning written on Japanese Wa-shi paper. It retailed for $350.00 in 1985. Limited Edition of 1000, this knife is numbered 0117, a low number. Overall length is 7 1/2" and blade length of 3 5/8"."

The Browning Knife appeared on the cover of the Gun Digest "Book of Knives" 3rd Edition 1988.

This listing includes the Browning Knife in Presentation Box and original Browning certificate on rice paper. 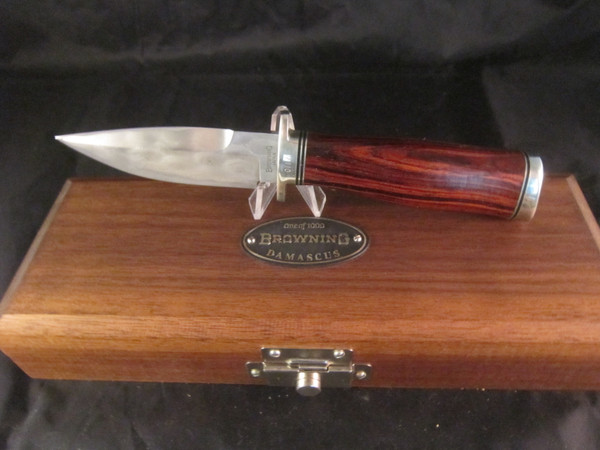 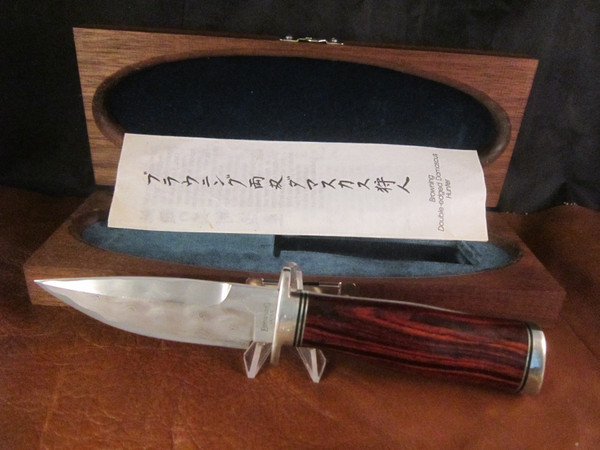 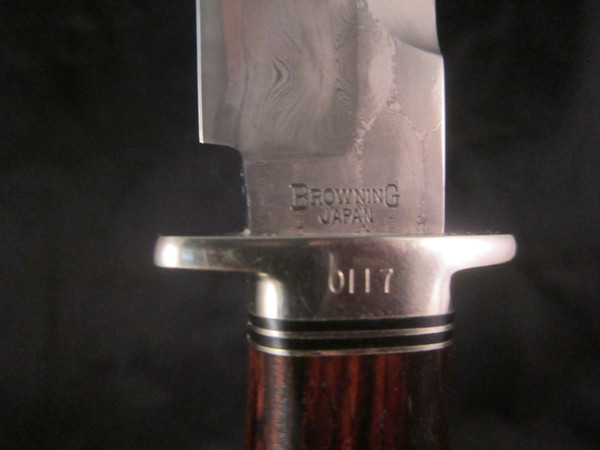 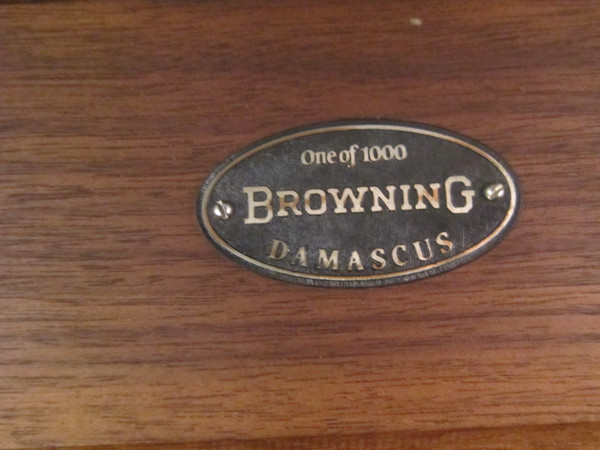 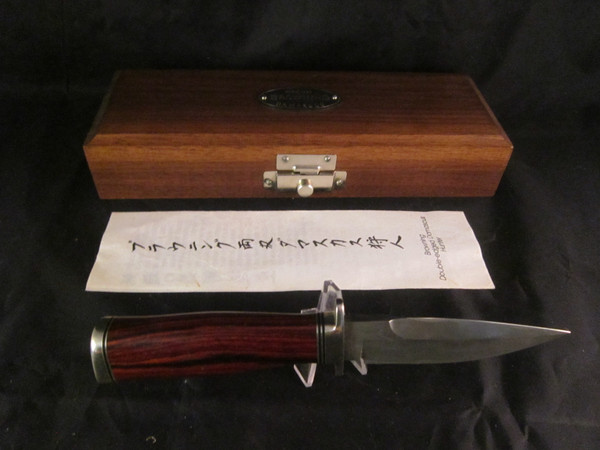 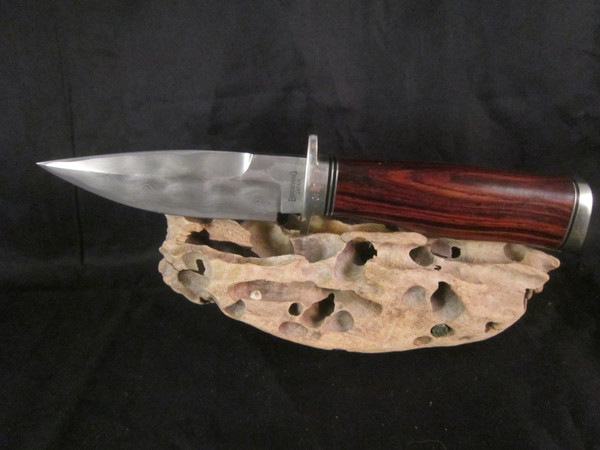 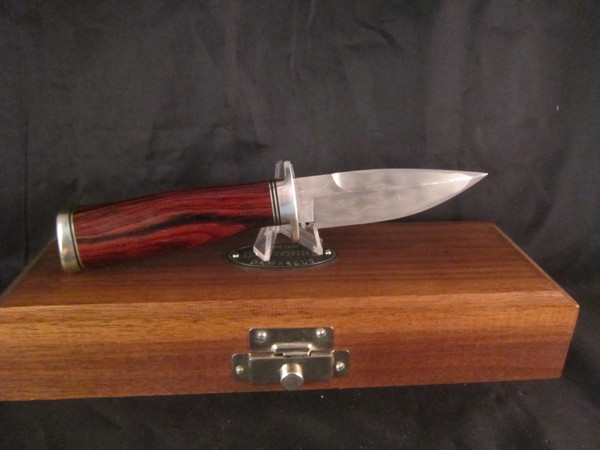 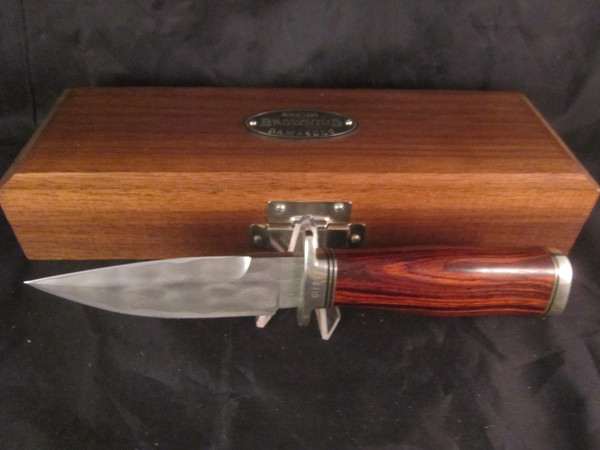 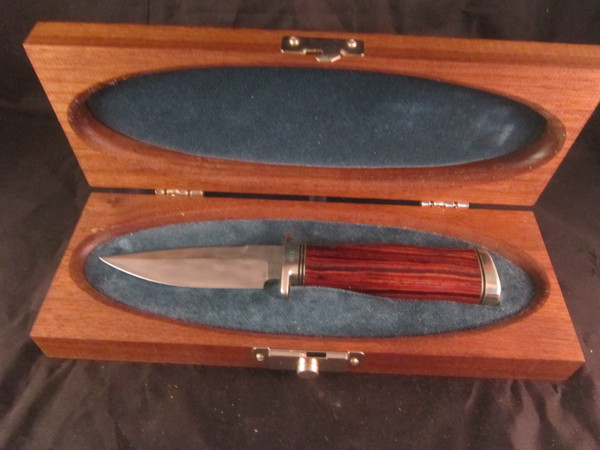 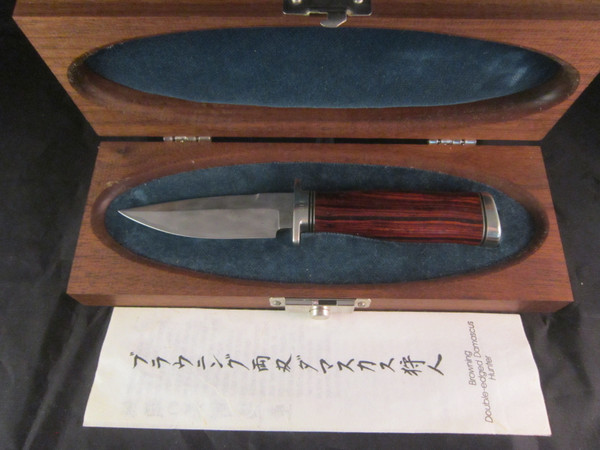 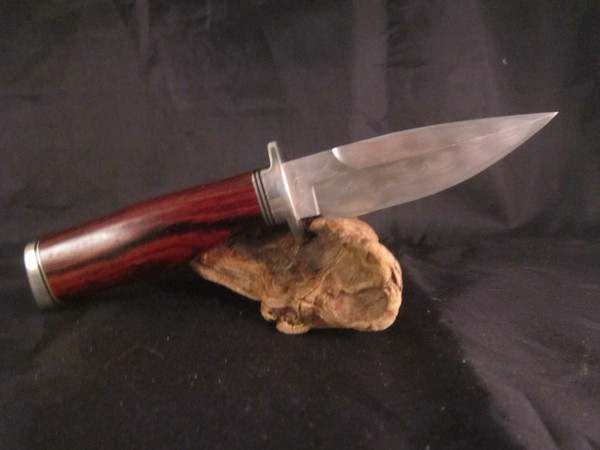 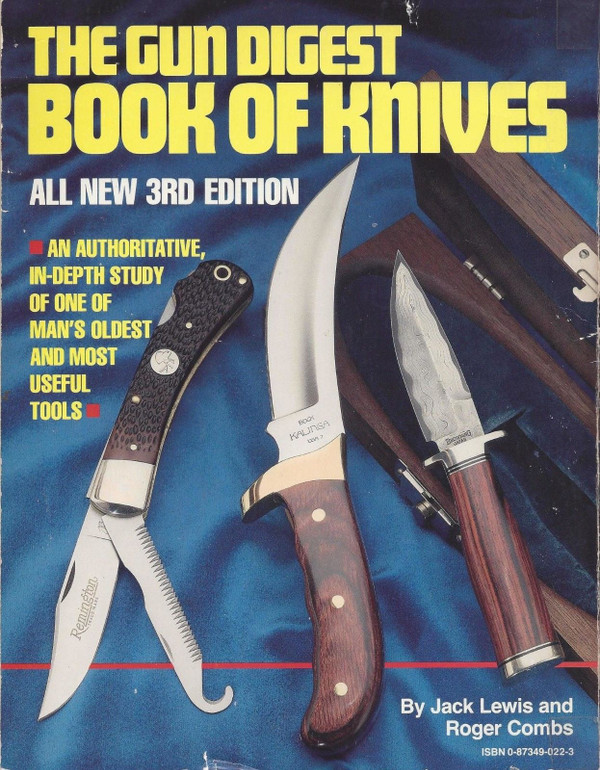 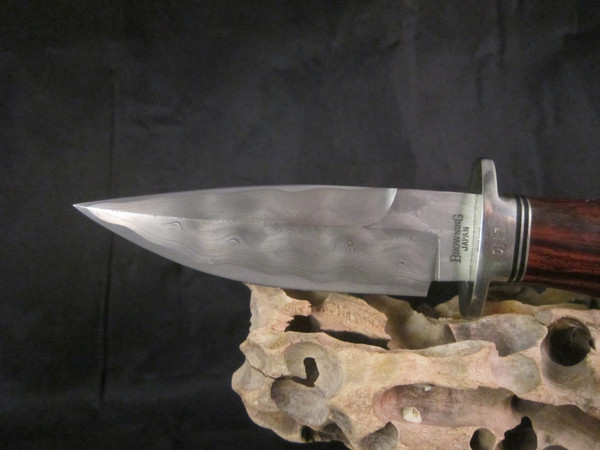