This is like going back in time to a Sporting Goods or Hardware store in 1969 and seeing this on a shelf.

The Garcia was a copy of the Hackman Survival Knife that was developed in response to a shortage of Randall 18 knives for the Vietnam War in the late 60’s early 70’s. The Hackman Survival Knife was designed by Ken Warner and Pete Dickey and produced in Finland. The Garcia came out after the Hackman stopped production and was shaped the same but it was a lighter knife with a 3/16th thick blade instead of Hackman’s ¼” thick blade. It was made in Brazil and featured a survival kit in the sheath with a whistle, compass, sharpening stone and flint sparker. Like the Randall 18, the handle was hollow, watertight and had space to store additional survival items like fishing line, hooks and matches, although many Vietnam Soldiers used the space for pills. Blade is 6 3/4”, OAL 10 ¾” and weighs 12 oz for the knife and 18.5 oz for the knife and sheath.

Because this knife was manufactured in response to the Vietnam War, this knife’s sheath was adapted to fit the military system of attaching to the GI webbed belt. Printed on the back of the sheath is Brazil.

This knife is NOS in original box with Garia Survival Manual, and Survival Kit. This knife has been stored in its sheath and box for over 50 years. The blade has not been sharpened and any wear or spots are from storage. The original price sticker is on the box, $21.00. 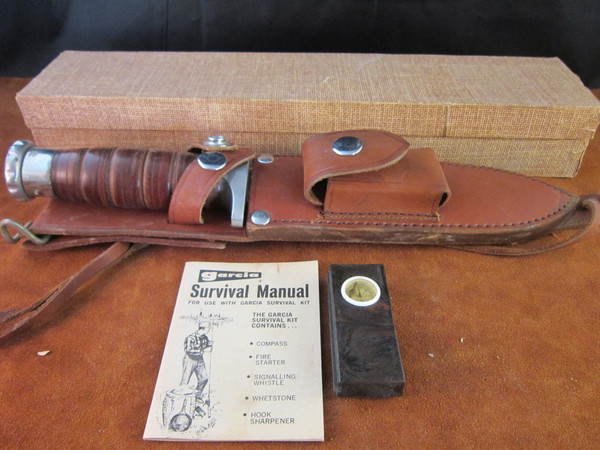 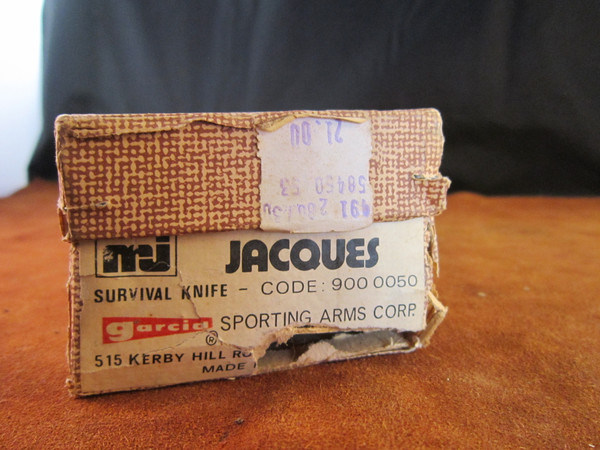 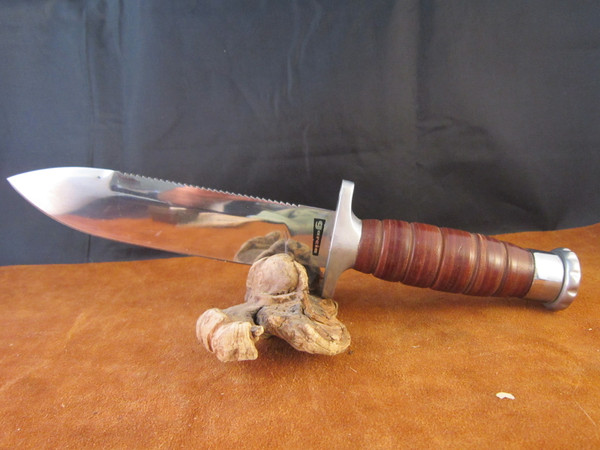 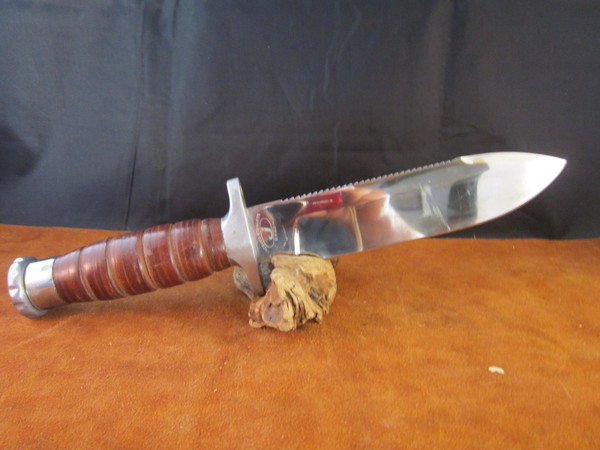 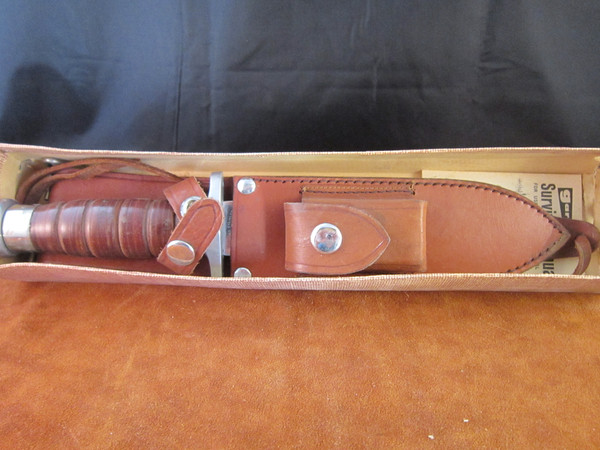 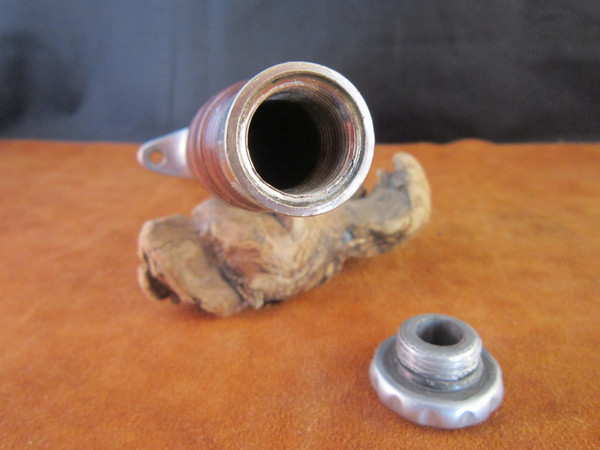 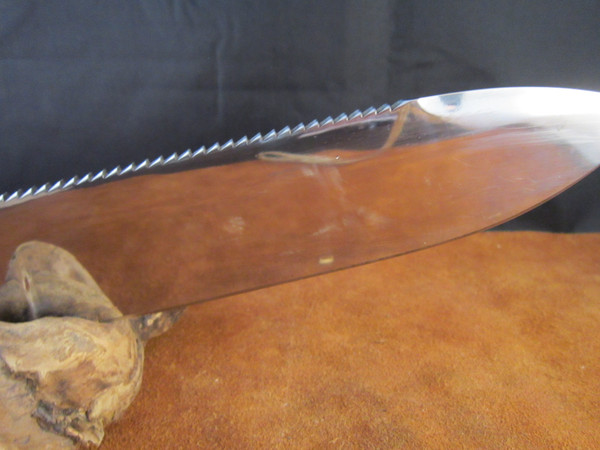 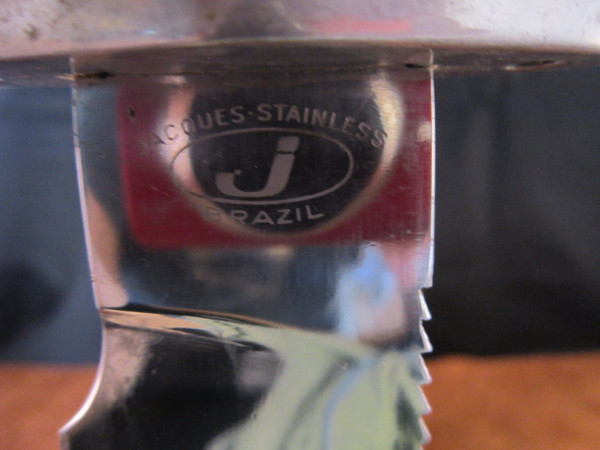 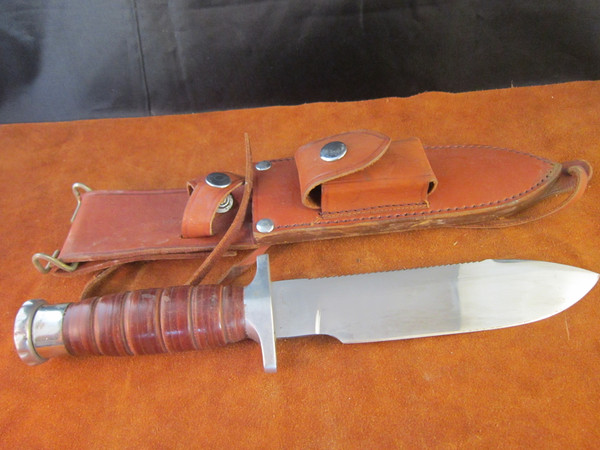 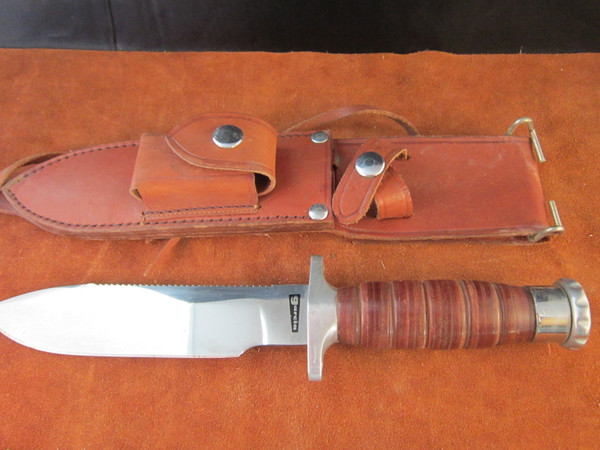