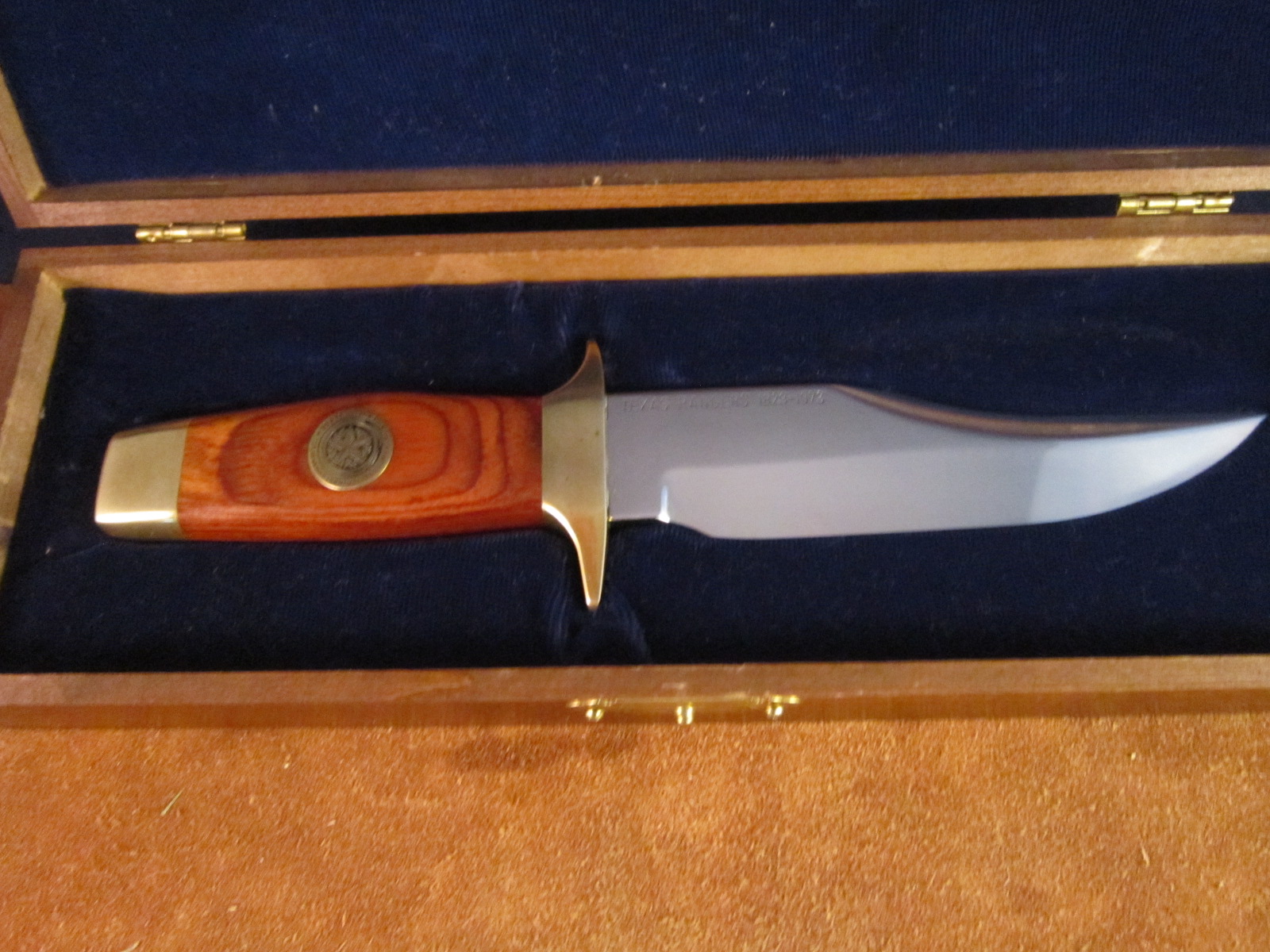 A package deal consisting of the Smith & Wesson Model 19 revolver and a Bowie knife was presented. The idea was accepted, production was initiated, and in 1973 Smith & Wesson announced the Texas Ranger Commemorative. Production plans called for the manufacture of 8,000 knives cased with a Smith & Wesson model 19. 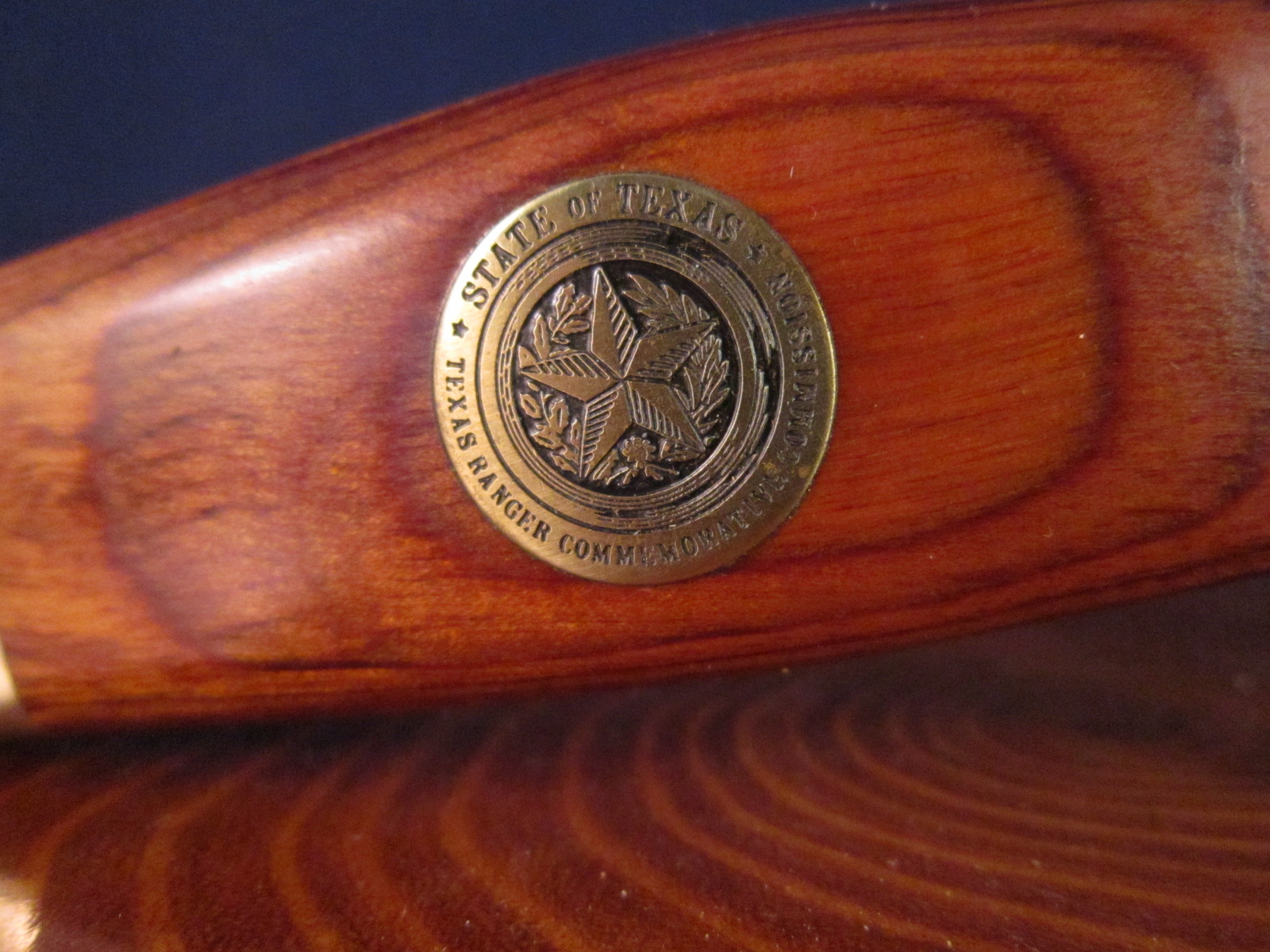 In addition, 12,000 individual knives in their own presentation case were offered starting at number 8001. The Texas The Texas Ranger Bowie knife was produced inthe Smith & Wesson factory from forged 440 series stainless steel and handcrafted in a series of up to 47 different manufacturing operations. Each knife was serial numbered on the top of the blade beginning at serial number TR1 through TR20,000. Information from the well-researched book, "The Knives of Smith & Wesson", by C.E. Rinke. 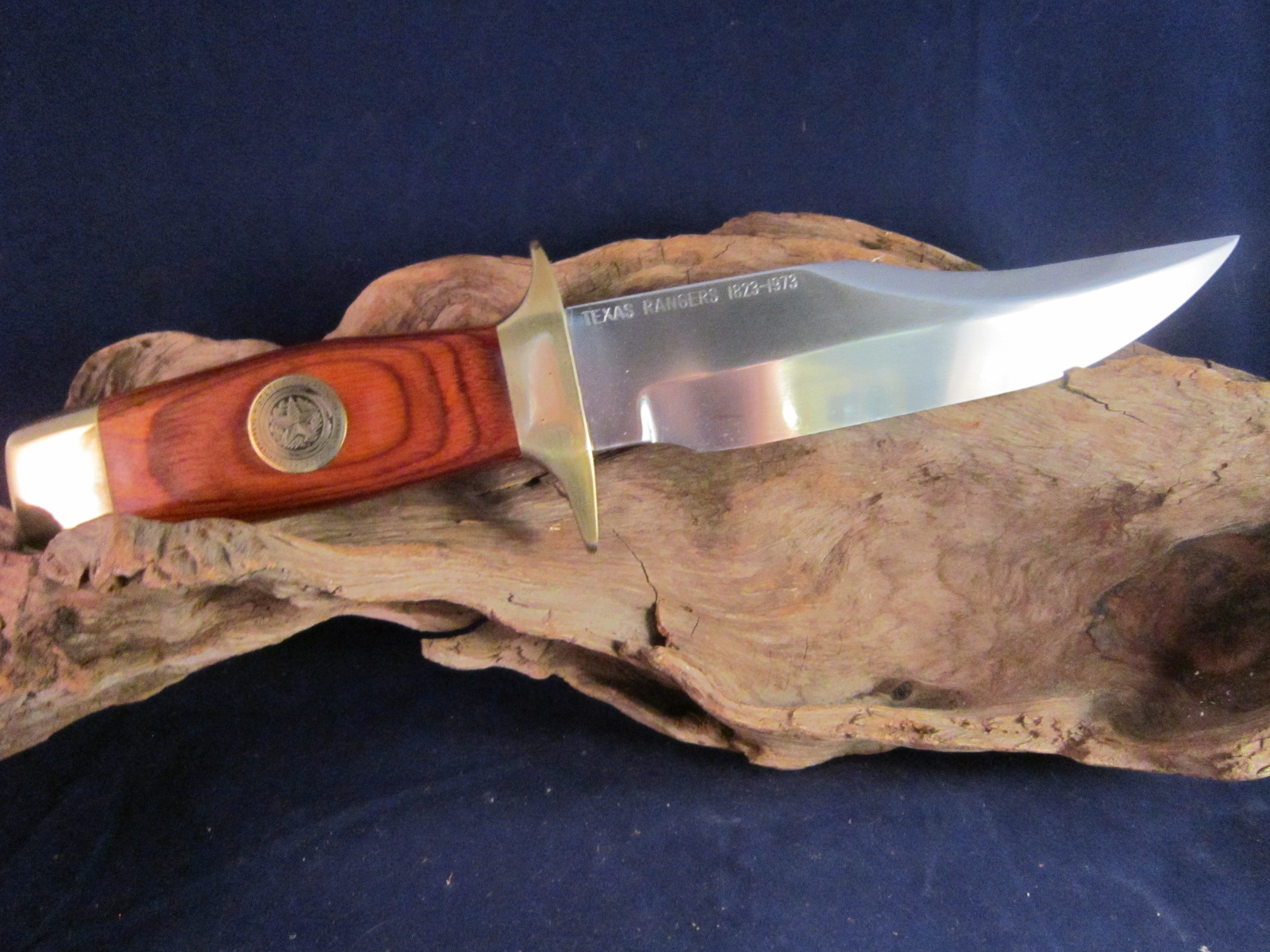 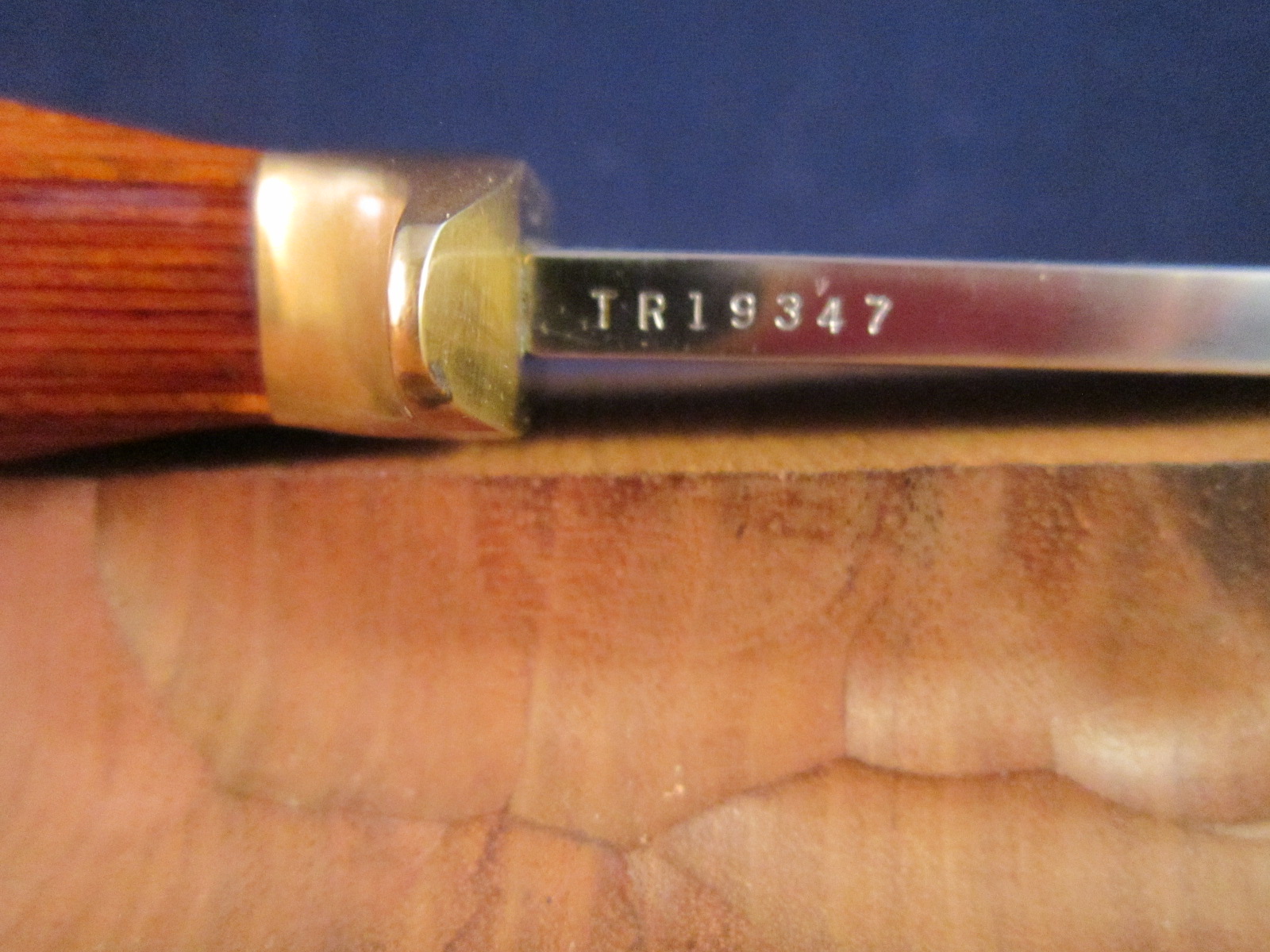