The knife measures 7-7/8” with a 3 5/8” drop point blade. It has hefty hardwood scales for the handle with 3 large brass pins holding it together. The blade is high carbon steel, hollow ground for easy sharping. The knife is tang stamped FRONTIER with the Powder Horn Emblem on one side and 435 IMPERIAL STAINLESS USA on the other. One side of the blade is etched FRONTIER DOUBLE EAGLE.

The knife shows no sign of being used or sharpened. The wood handle is good and tight, the sheath is great condition. This is a great all-around knife, perfect for bushcraft or skinning game.

Many people do not realize the connection between Schrade knives and Imperial knives. Schrade Cut co. was bought out by Albert Baer in 1946 and joined by his brother Henry Baer. They also owned Imperial Knife co. and Ulster. After the 1973 name change from Schrade Walden To Schrade USA, in 1973 there were many old open stock knives dropped from Schade’s Production and new tooling was installed at the Schrade plant in Ellington N.Y. The Schrade Saga is a very long connect the dots puzzle. Being businessmen rather than just getting rid of the old tooling for the discontinued models. They sent it to the Imperial R.I. plant and started producing the Frontier knives and other higher quality knives than in previous years. You see many Schrade blade patterns in the knives produced between 1975 and 1985 when they merged the 2 companies at the Ellington plant and discontinued the better knives like the Frontier series.

Knife and Sheath are NOS with no signs of being used or carried. Judge from the photos. Produced from 1975 – 1985 Frontier Imperial were considered some of the highest quality production knives offered under the Schrade name. 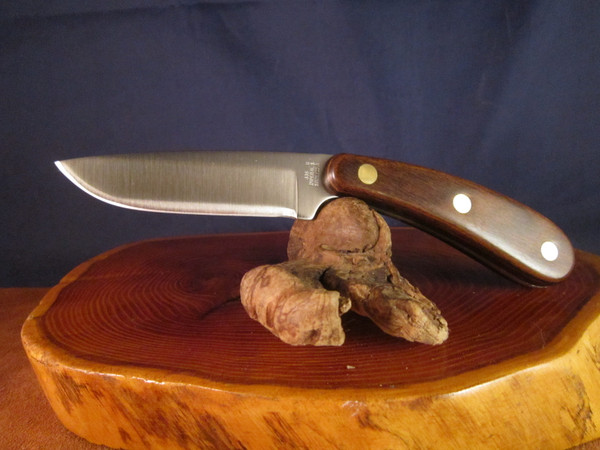 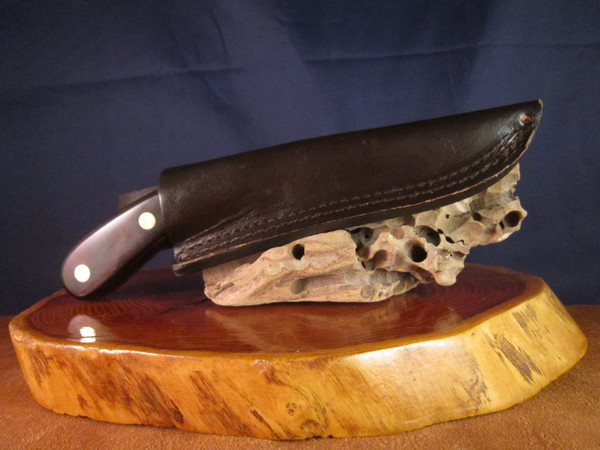 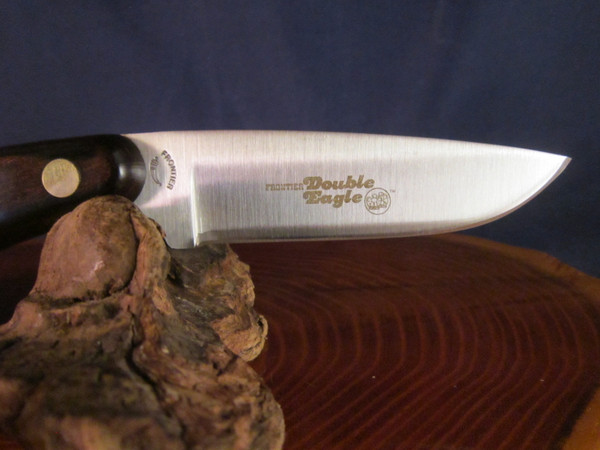 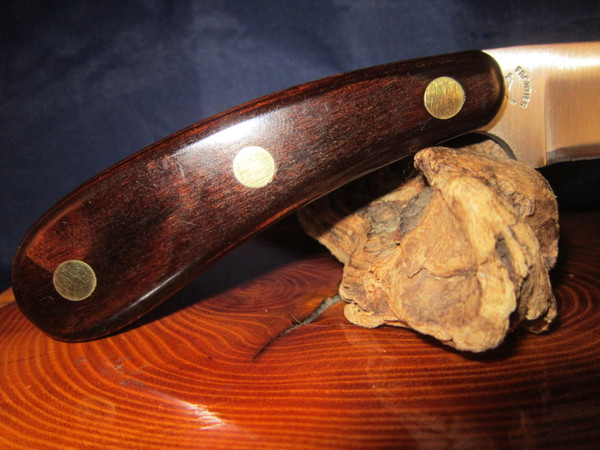 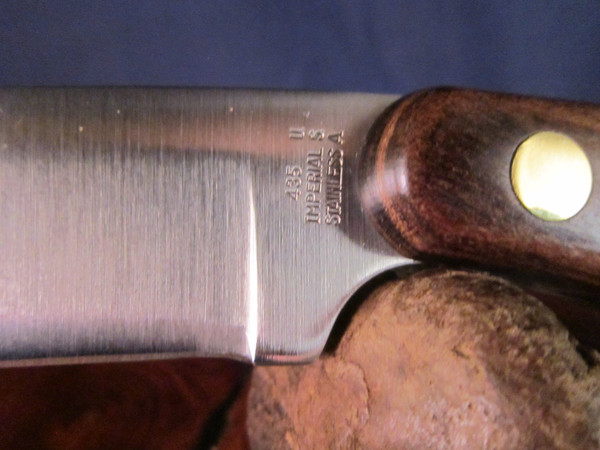 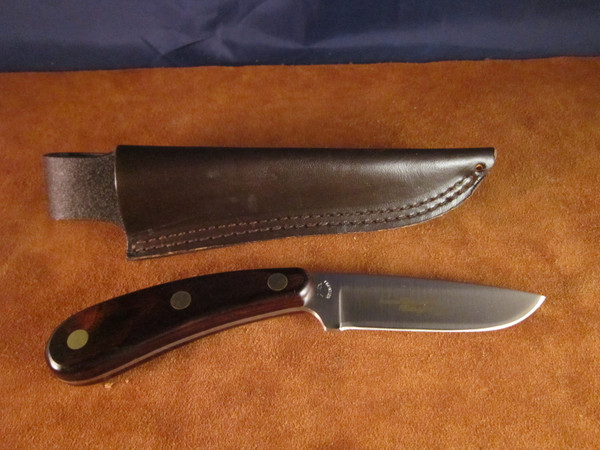 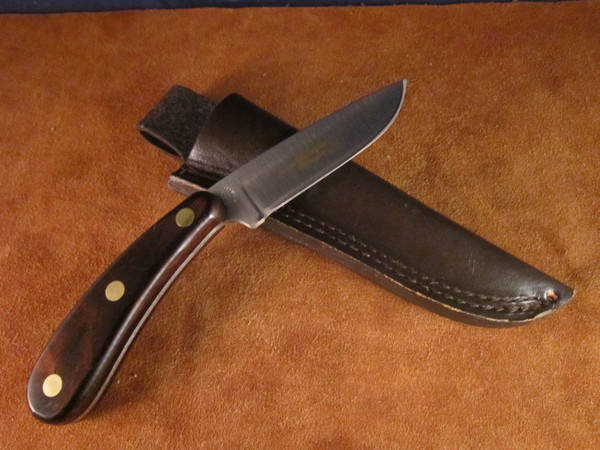 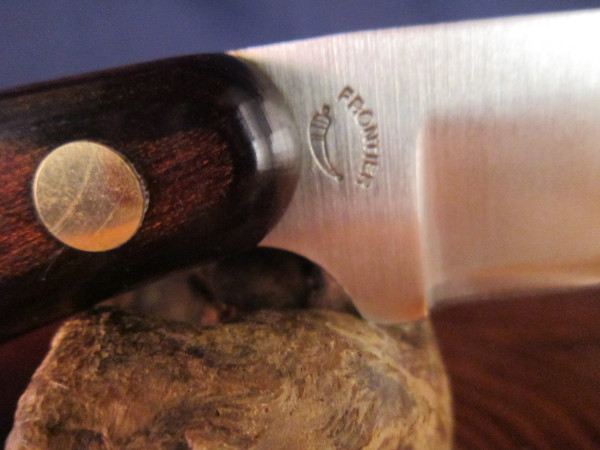