Many people don’t realize the connection between Schrade knives and Imperial knives. Schrade Cut Co. was bought out by Albert Baer in 1946 and joined by his brother Henry Baer. They also owned Imperial Knife Co. and Ulster. After the 1973 name change from Schrade Walden to Schrade USA there were many old open stock knives dropped from Schade’s Production and new tooling was installed at the Schrade plant in Ellington N.Y. Being businessmen rather than just getting rid of the old tooling for the discontinued models, they sent it to the Imperial R.I. plant and started producing the Frontier knives and other high quality knives. You see many Schrade blade patterns in the knives produced between 1975 and 1985 when they merged the 2 companies at the Ellington plant and discontinued the better knives like the Frontier series. The fixed blade knives came in 2 styles; the white Delrin handled knives had model numbers ending in 2; 422, and the brown wood handles knives (like the one below), model number ending in a 5; 425. 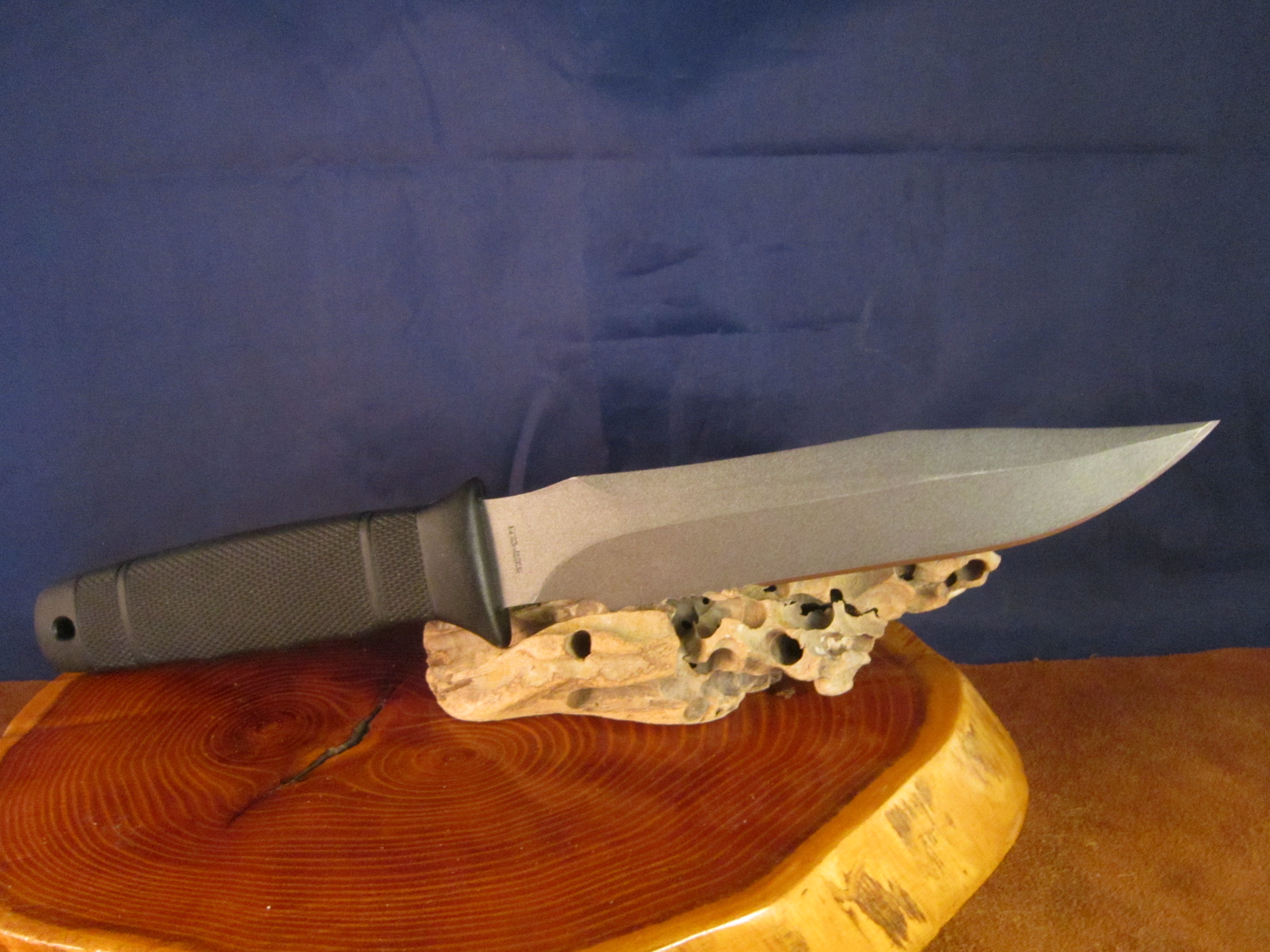 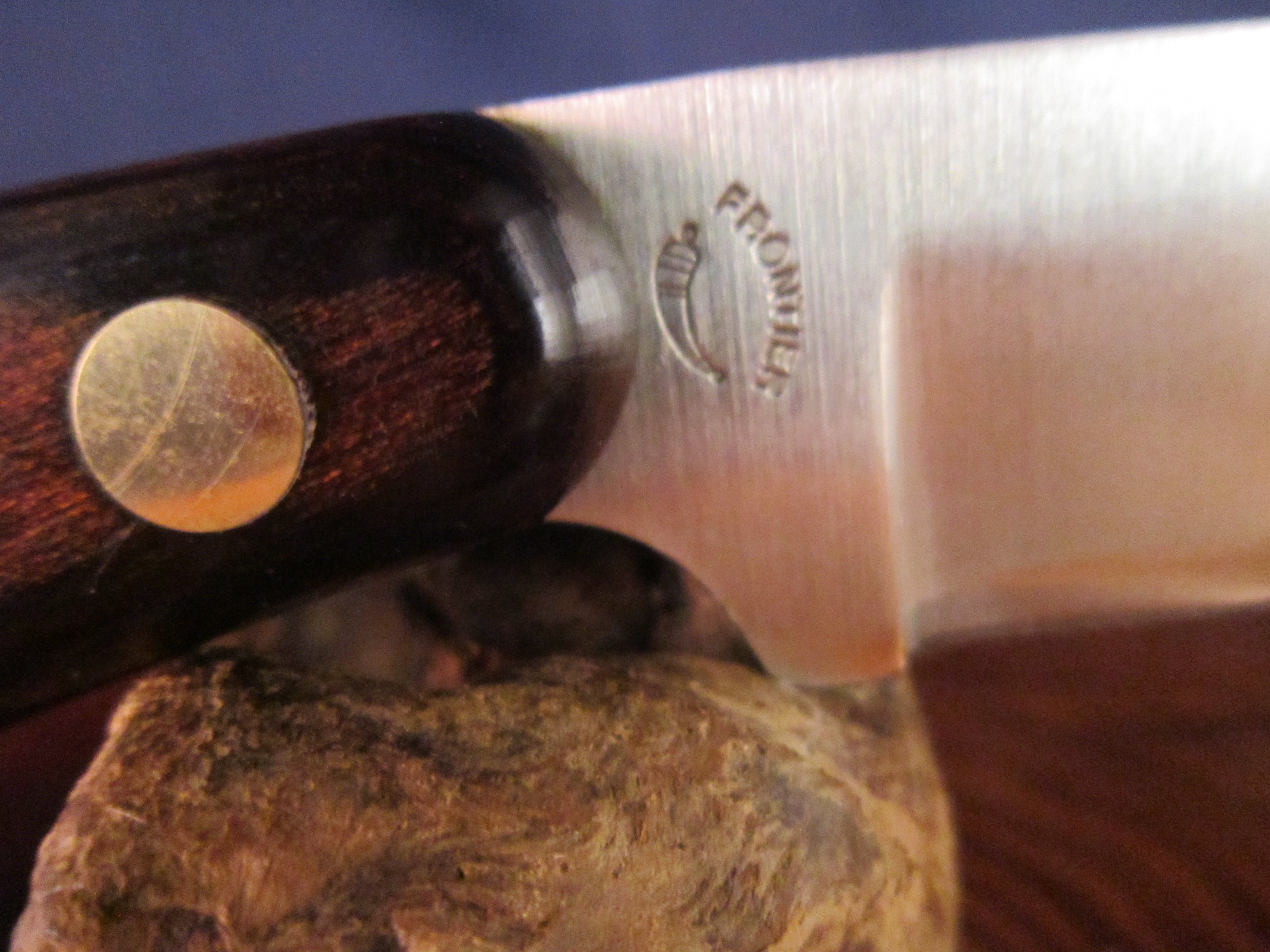 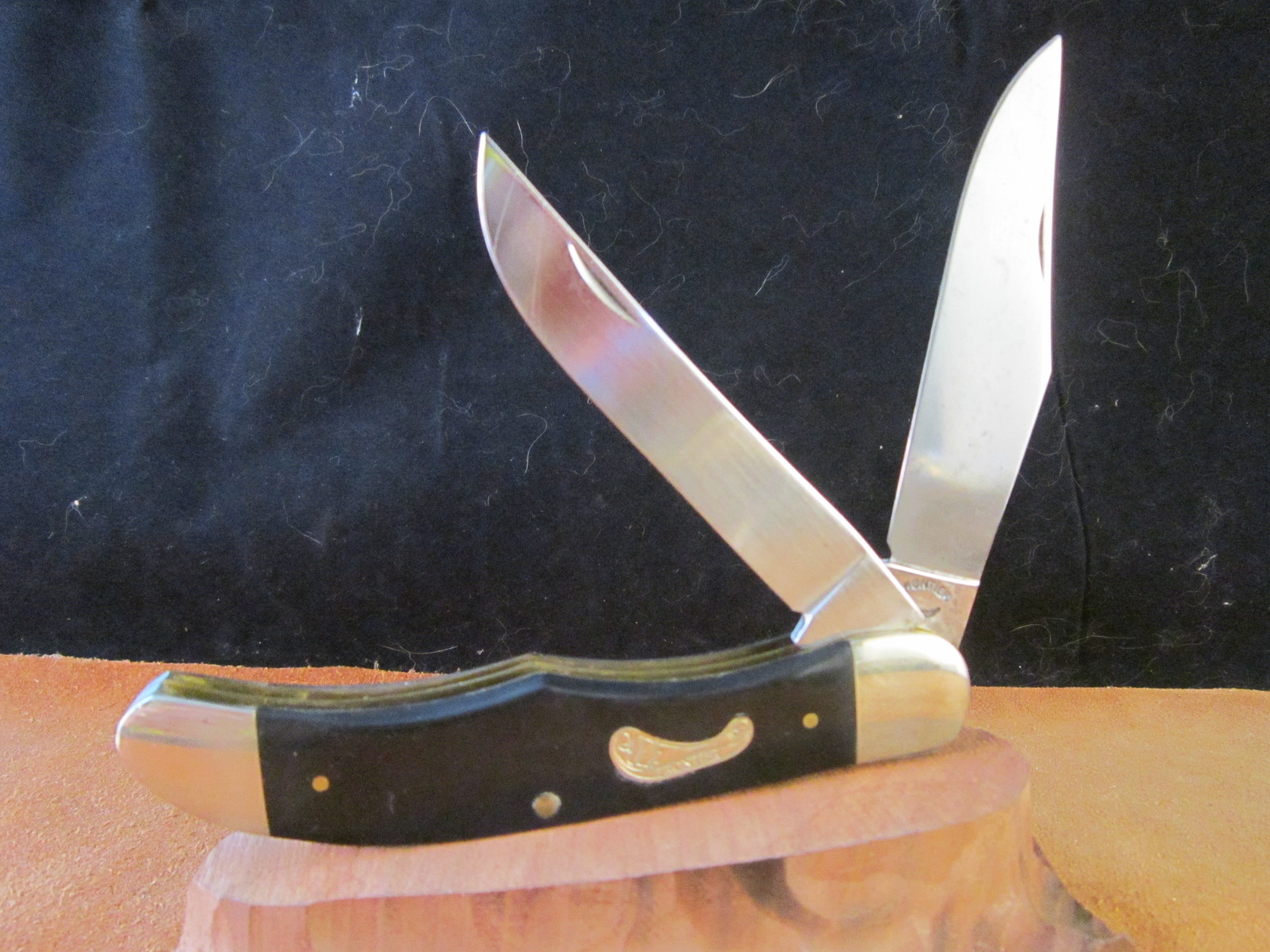 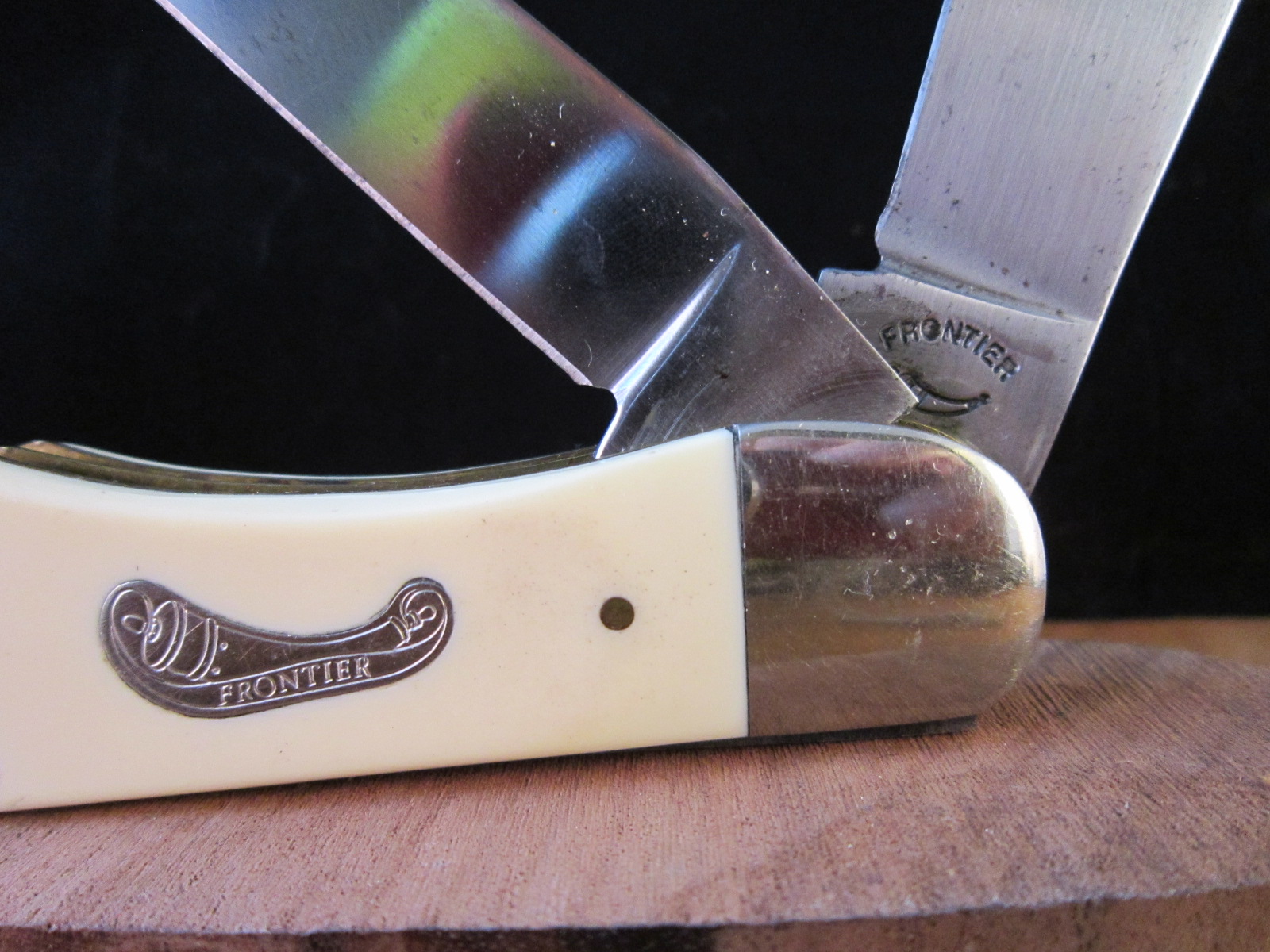 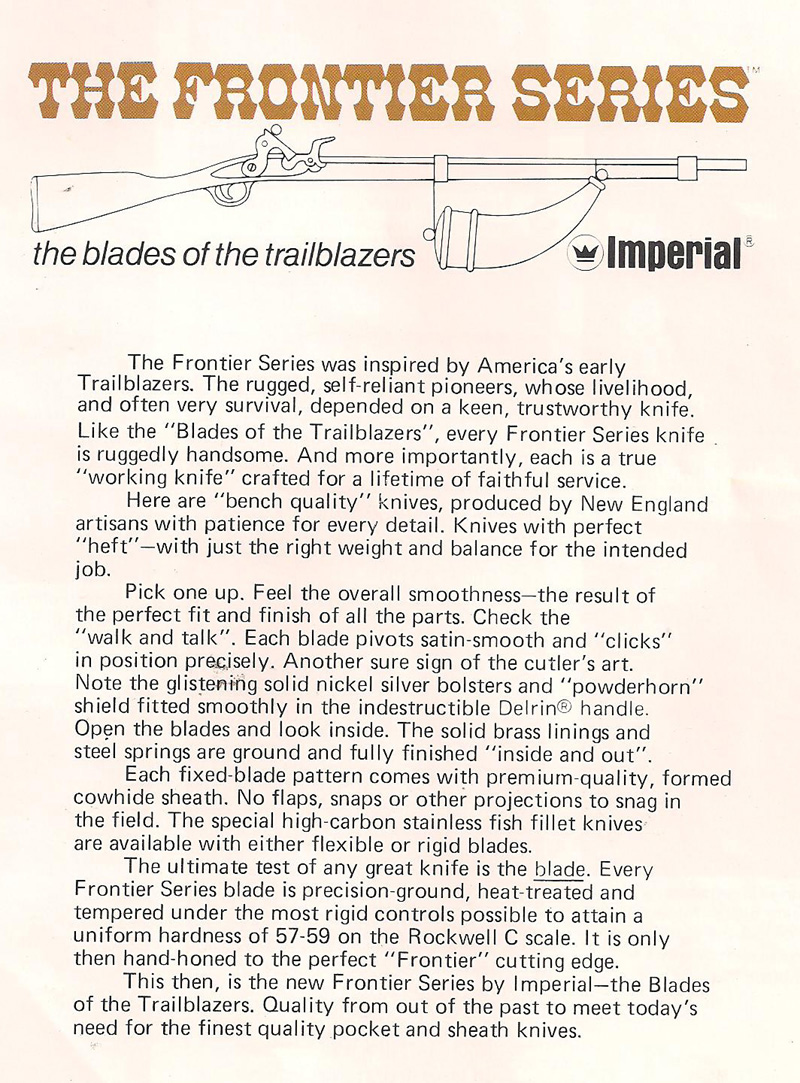 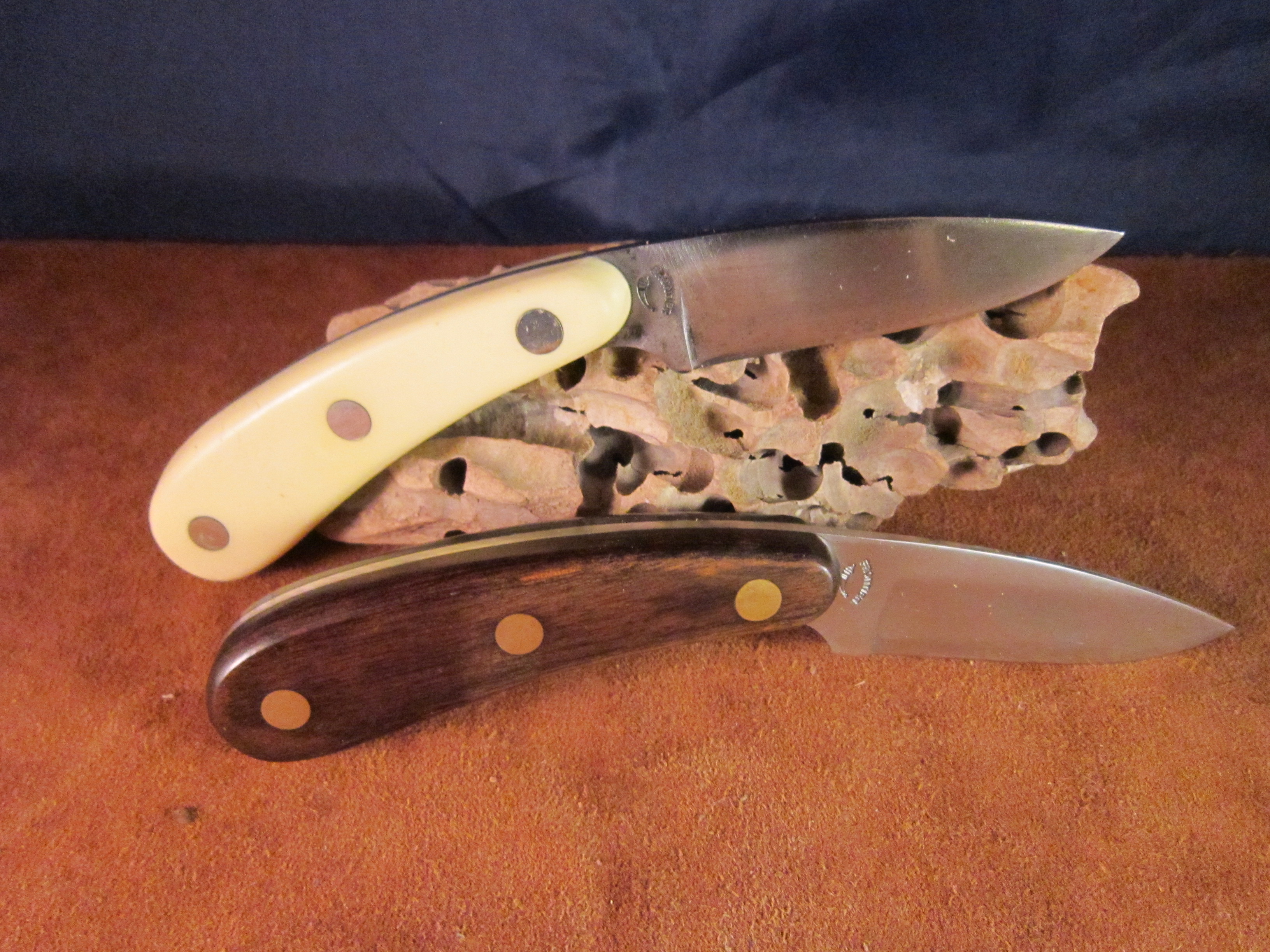