The now famous skeletonized dive knife was designed by Ichiro Hattori and sold by TEKNA of Redwood City, CA, starting in the 1980s as the Tekna Ocean Edge T-2200. It had a length of 7 1/2″ and a blade length of 3 1/2″ making it an ideal “boot knife” on land. The skeletonized handle resulted in a total weight of 3.6 oz. The blade material was described as “Chromium Stainless Steel”, most likely 420j2, a very low carbon stainless that featured strong resistance to corrosion. The sheath was made of “Black Cycolac ABS”. There was an optional leather sheath available, but not often seen

Hattori has long ceased producing this knife for Tekna, who until 2012 had been offering a serial numbered U.S. made version using 420. The same knife sometimes with minor variations was marketed in the U.S. under various labels.

This used knife set with both the ABC black plastic sheath with original Tekna leg straps and the leather Tekna sheath. Knife is used but in great condition as well as the sheaths. Judge from the photos 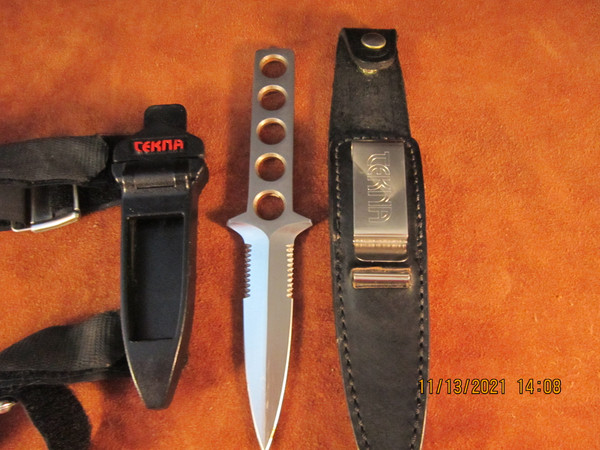 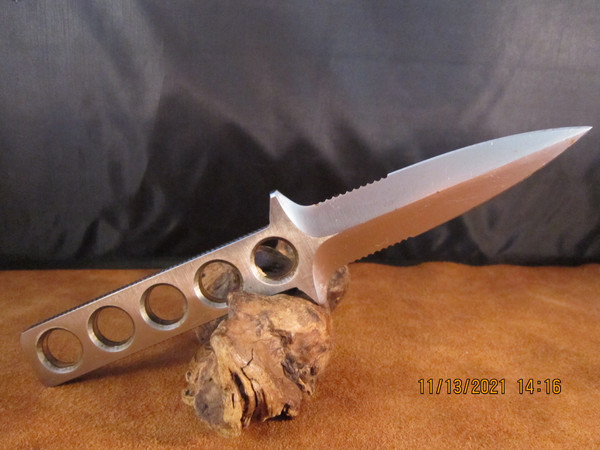 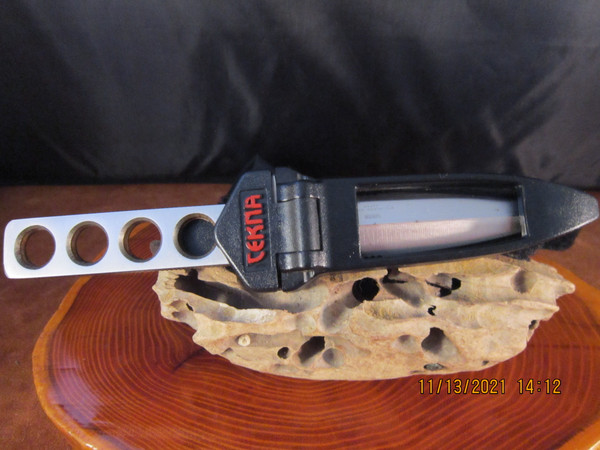 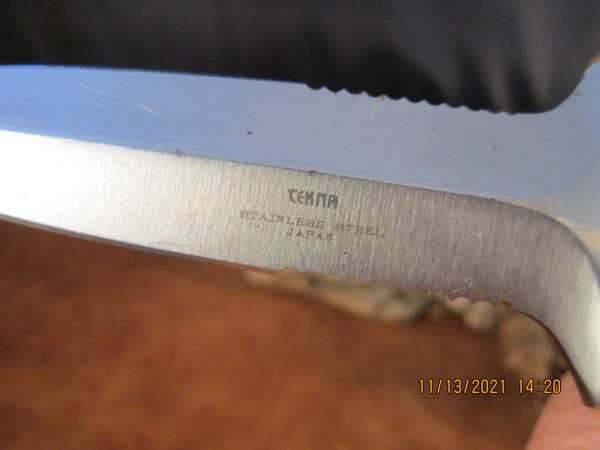 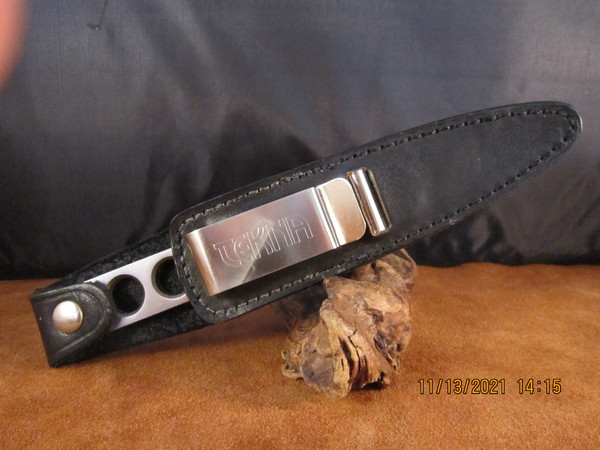 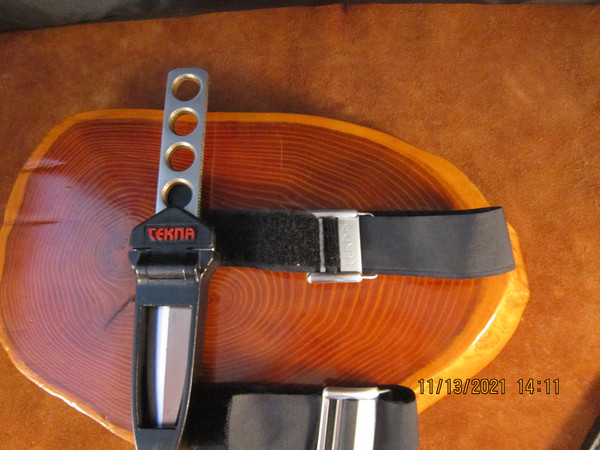 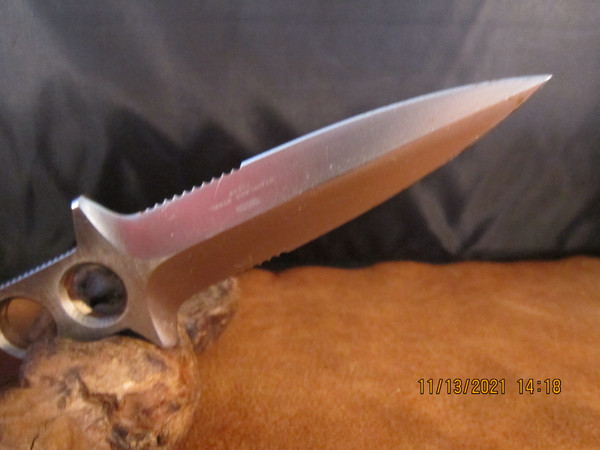 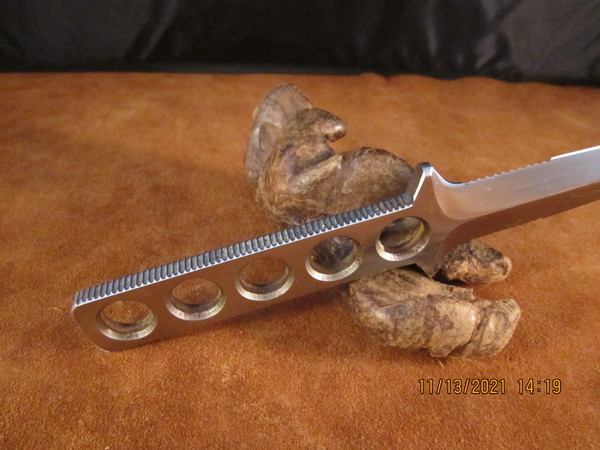 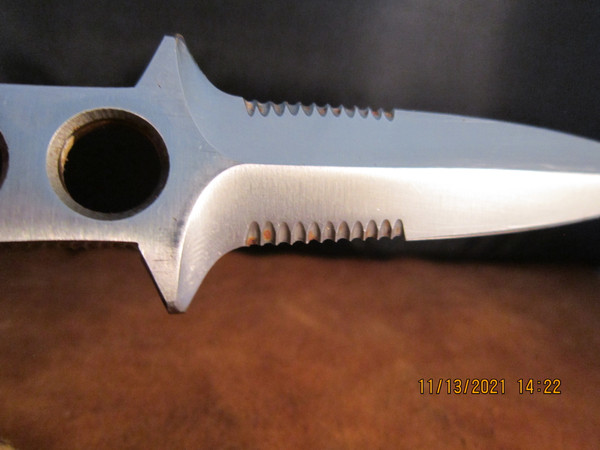