Survival knives and combat knives are often the same knife. Military Post Exchanges offered knives for soldiers who preferred something other than a Ka Bar, Air force survival knife or trench knife the government provided. Magazines and outdoor stores offered a selection of knives in a variety of patterns made in the USA and imported.

Survival Knives are generally 5.5" or longer, 3/16" or thicker blade to handle abuse such as clearing brush, chopping, processing game and can be field sharpened with basic tools.  Some have pouches on the sheath or a hollow handle to store some survival items. The 3 pictured above are of a hollow handle design. 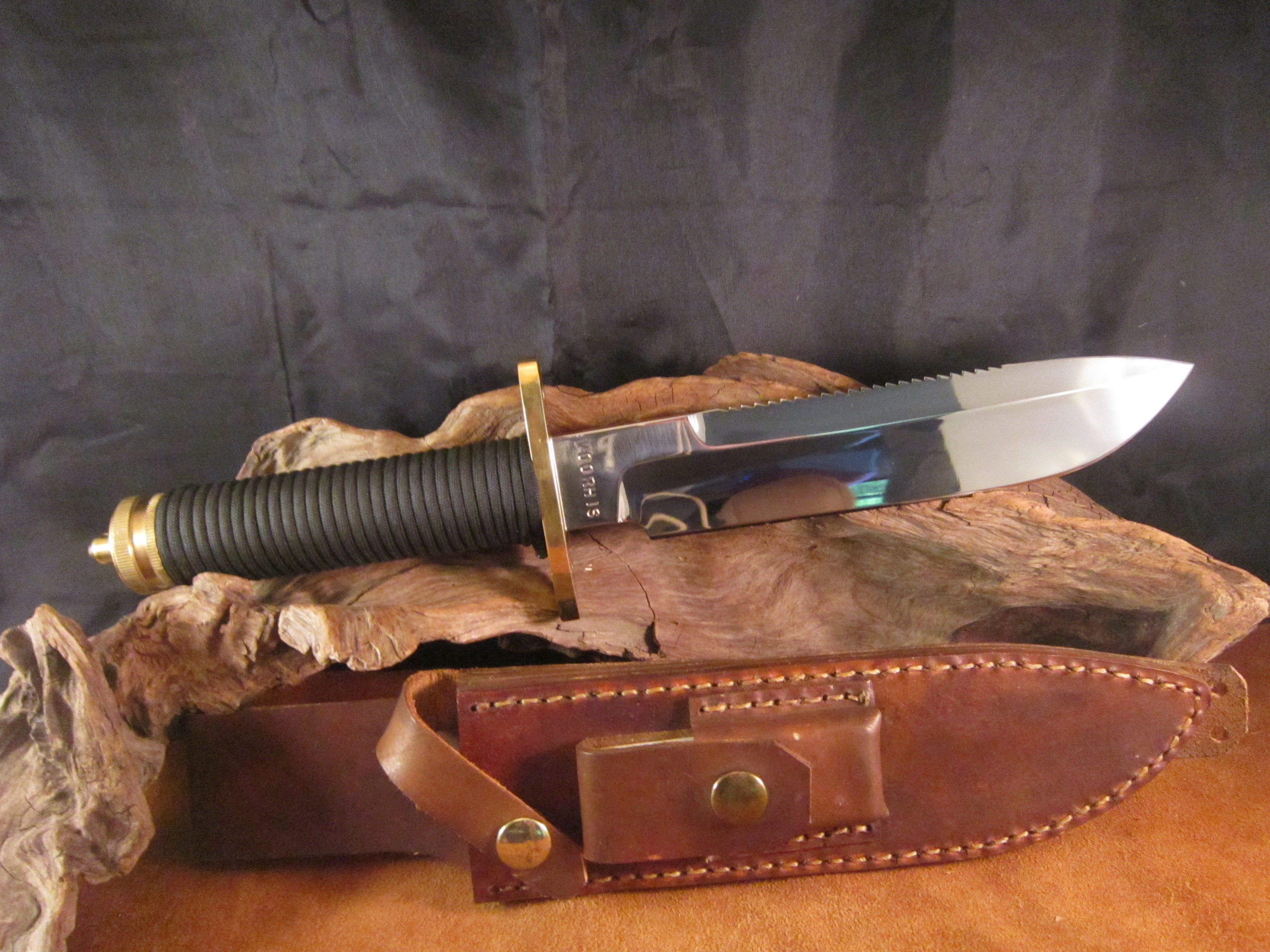 Combat Knives are a more single purpose design. They can still be used for cutting but are not designed for heavy use and abuse. The blades are narrow coming to a spear point such that they can fit between the ribs on 2 leg and 4 leg attackers. They may have both edges sharpened at least part way and are often referred to as daggers or boot knives. Blades generally range between 3" and 6" in length although Special Forces groups also favored a longer 7" blade like the Gerber Mark II's and it's many clones like the Valors. 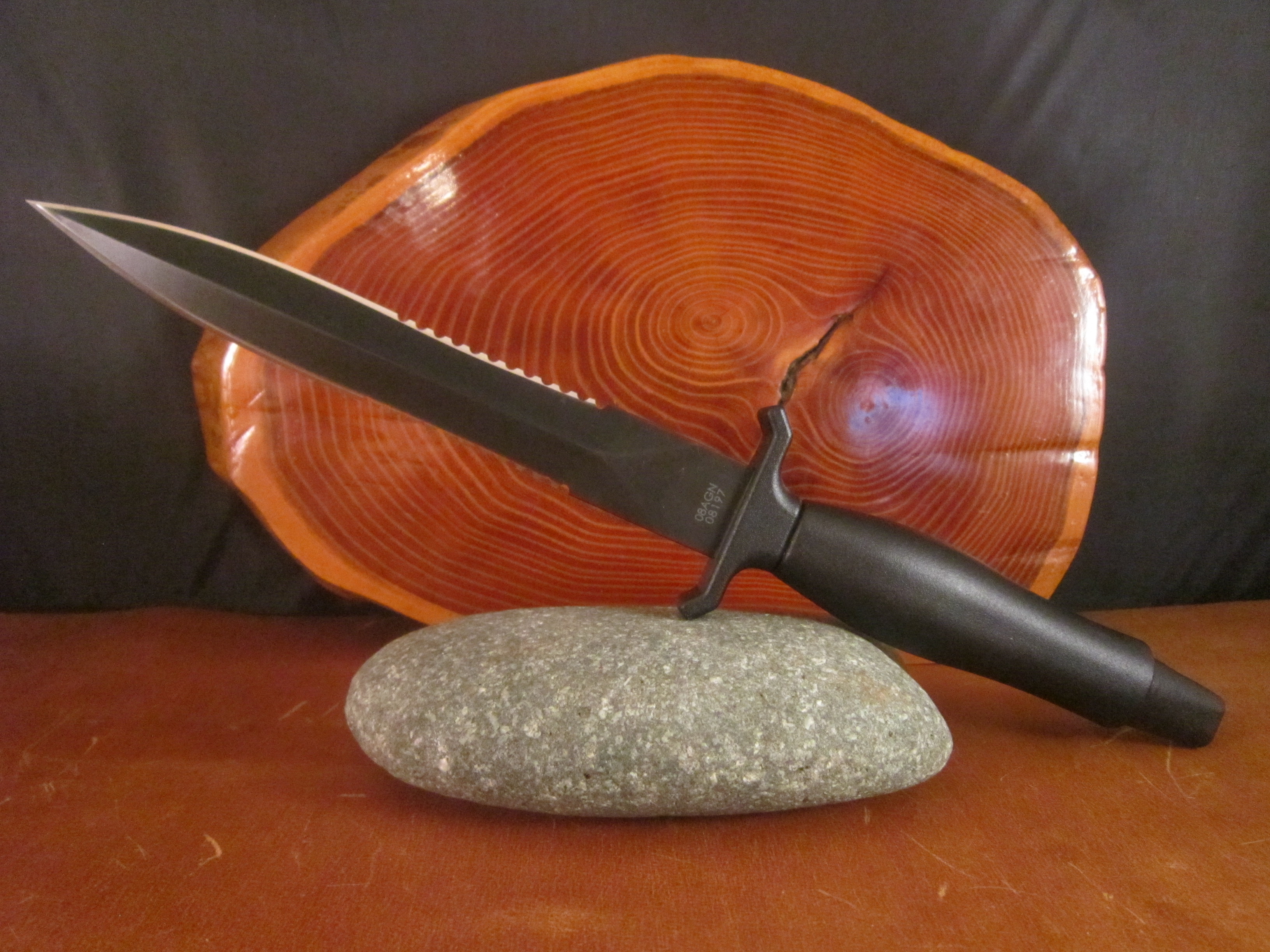 Bowies are a little of both. They usually average over 5" and often have a false edge in a clip or spear point which makes them effective for penetration. 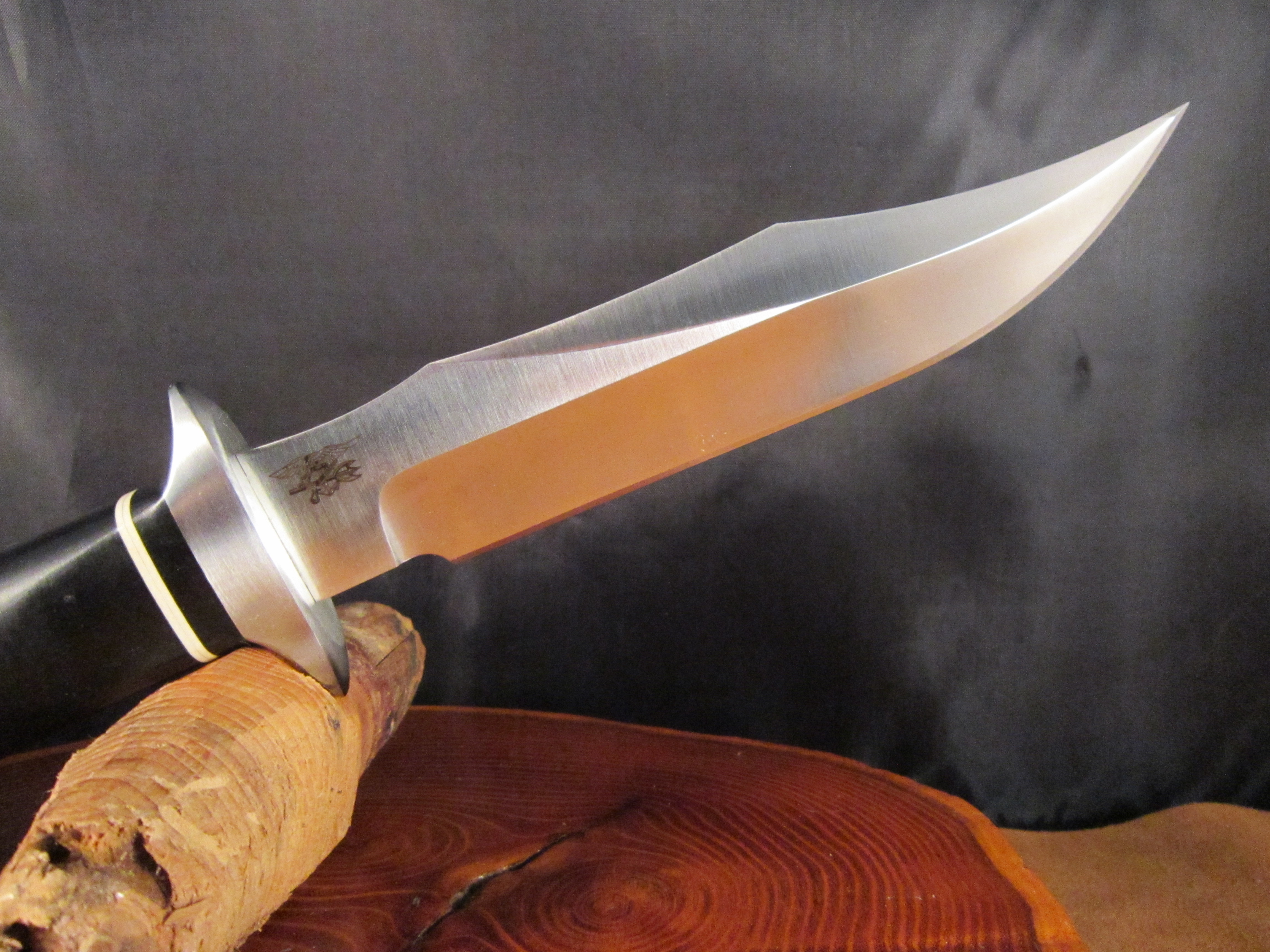