The SOG Government, ancestor of the Government Agent and the Gov-TAC and is said to be the 13th knife that SOG produced. A nice camping knife to have, the SOG Government incorporates a stainless-steel pommel designed to be used as a field hammer - very handy feature indeed for hammering in those tent stakes or nails.

This knife is used and was sold by Hoffritz for Cutlery, a specialty retail chain selling cutlery, primarily in the New York metropolitan area. It grew further, reaching a peak in the early 1990s of 110 stores in 33 states. But the rapid expansion, and a failed attempt to go public, led to the company's bankruptcy in 1994. This is an early model knife as the knife and the sheath both say EDM, WA and the fact Hoffritz went out of busines in 1994. 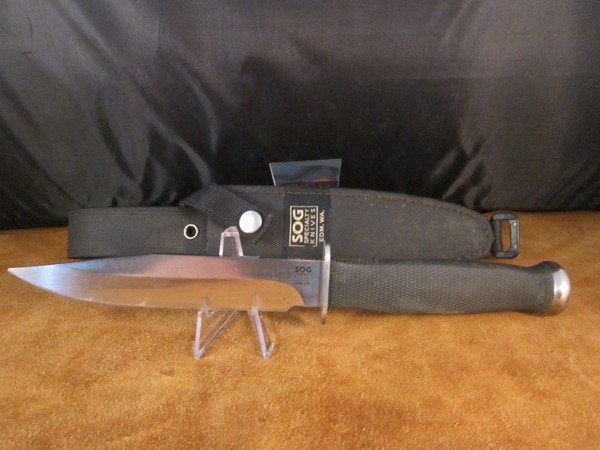 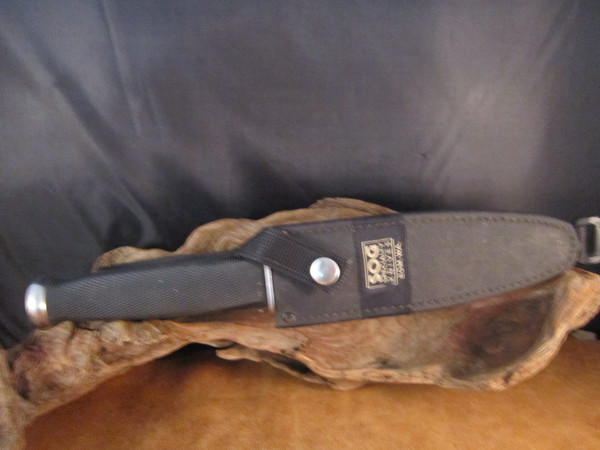 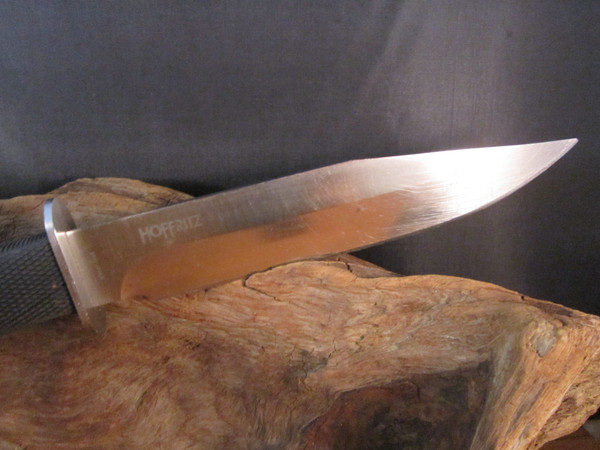 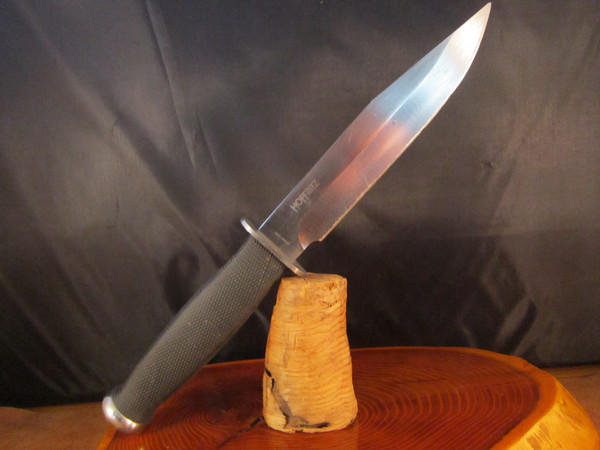 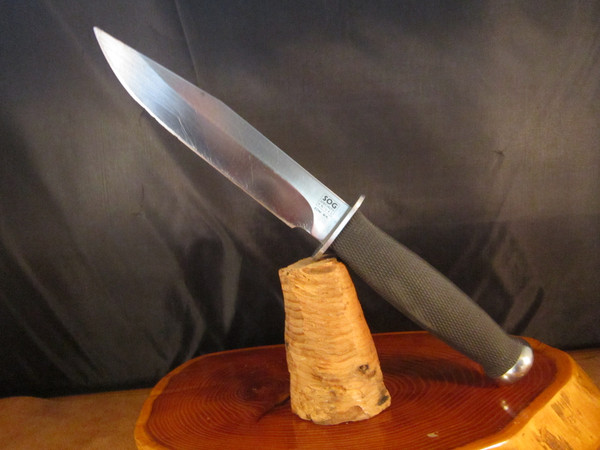 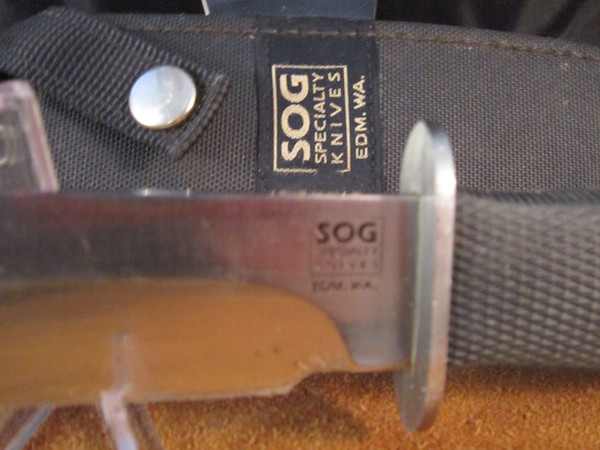 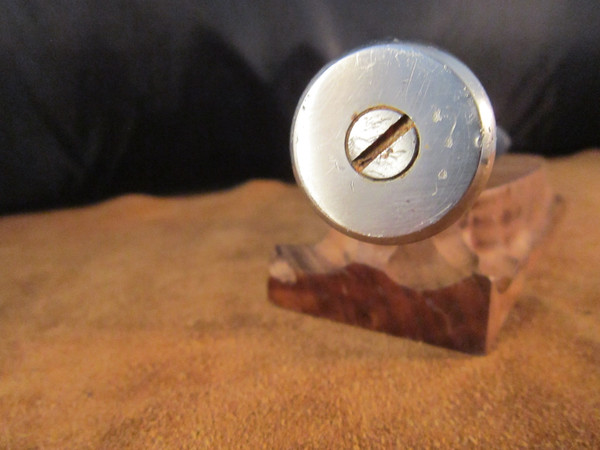 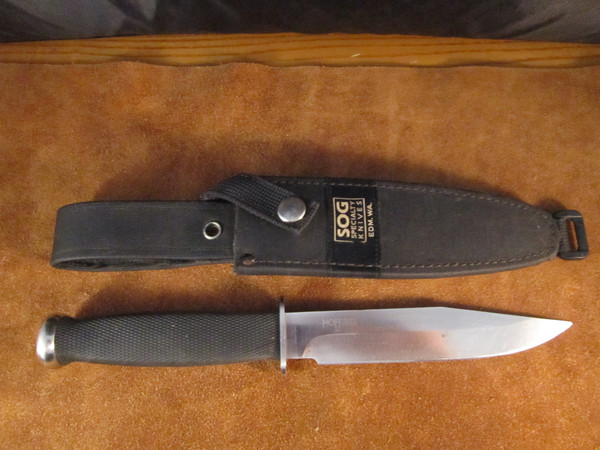 $325.00
SOG Collectible Knives; out of production