Designed by Ken Warner and Pete Dickey; this rare knife was made during the late 1960s and early 1970s. Only a few thousand were made by Hackman in Finland with a 1/4" wide, 7" long blade. Later a clone was produced by Garcia in Brazil with a 3/16" blade. The Hackman survival knife was intended for private sale to military personnel bound for Vietnam. The Randall Model 18 had made the hollow handle sawback popular with the troops, but Randall could not keep up with demand. Like the Randall this knife featured a watertight hollow handle and a massive 1/4" thick stainless-steel blade.

The pictures are of this knife for sale. This knife is used, the pommel has small dents from being tossed into a pack or duffel, the finger guard has some small spots on it and there a few minute scratches on the rt. side blade. Otherwise in amazing shape for over 50 years old. The spear point and sawback are in exceptional condition. Knife has that Military smell of tobacco and is a fine example of the Vietnam Era Hackman Survival knives. Last photo shows the balance point. A well-balanced Survival Knife and  a great collectible/ 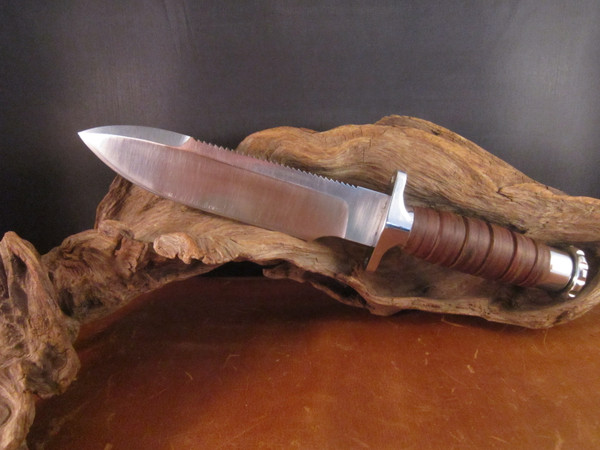 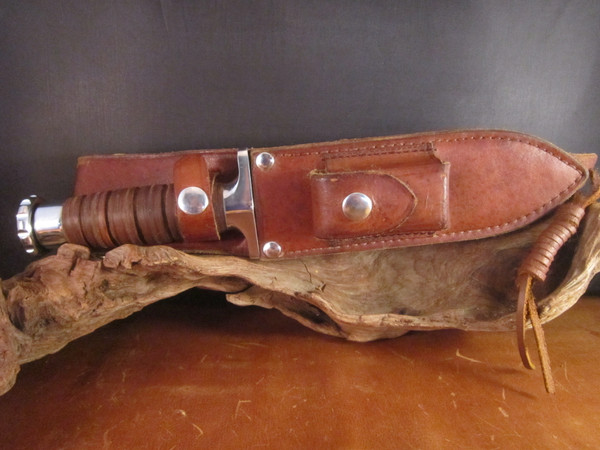 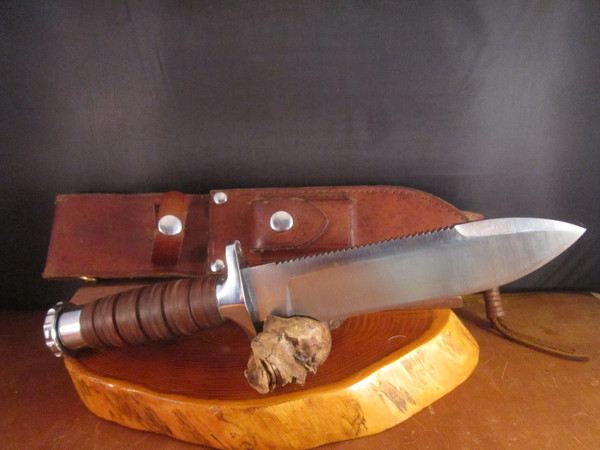 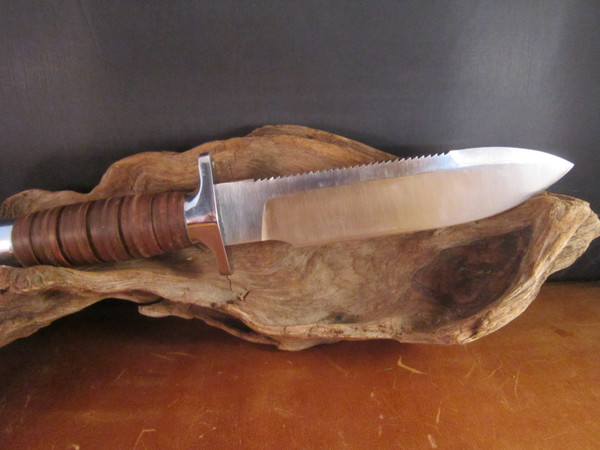 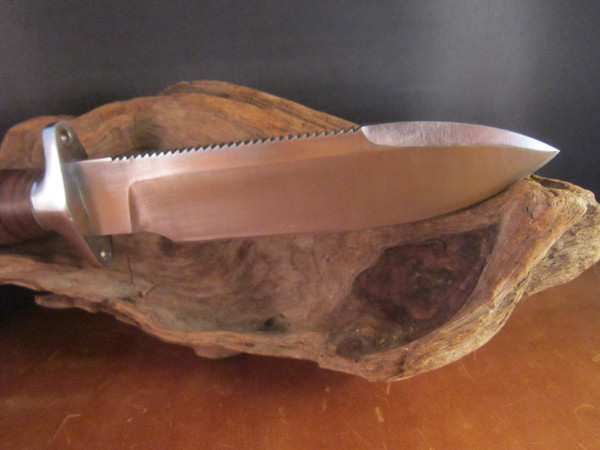 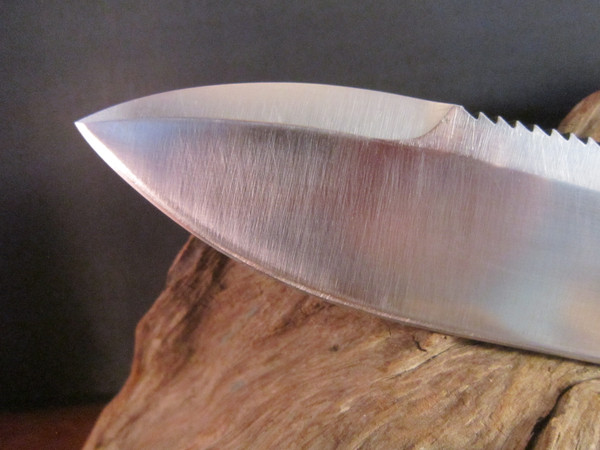 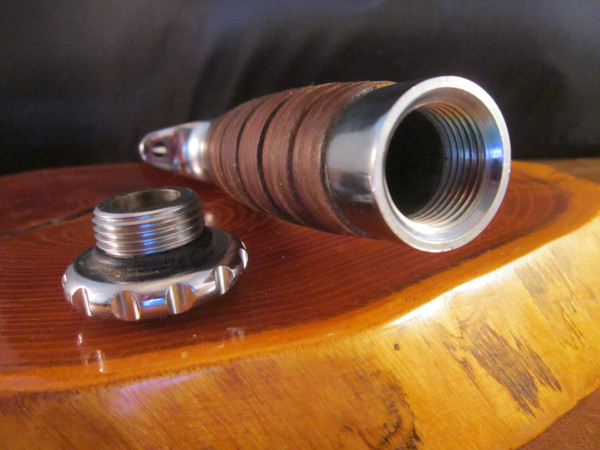 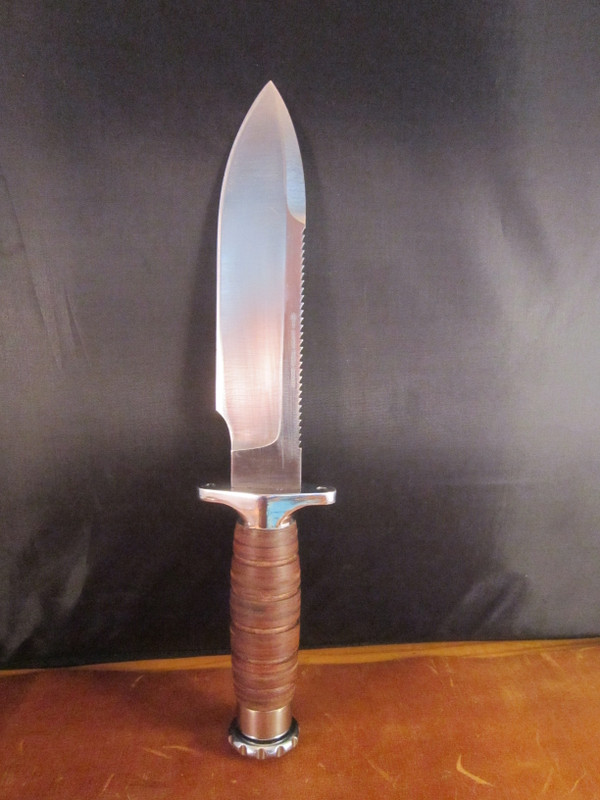 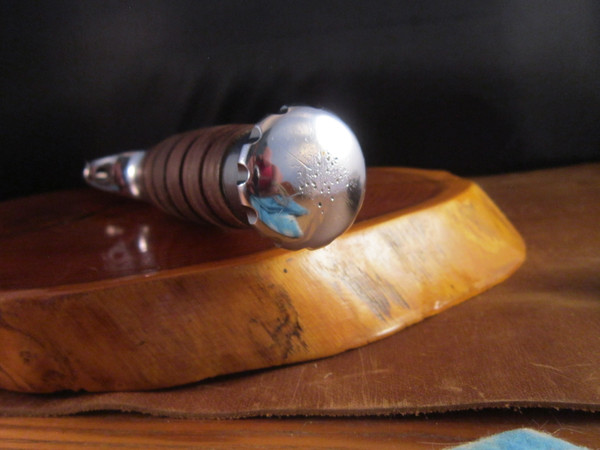 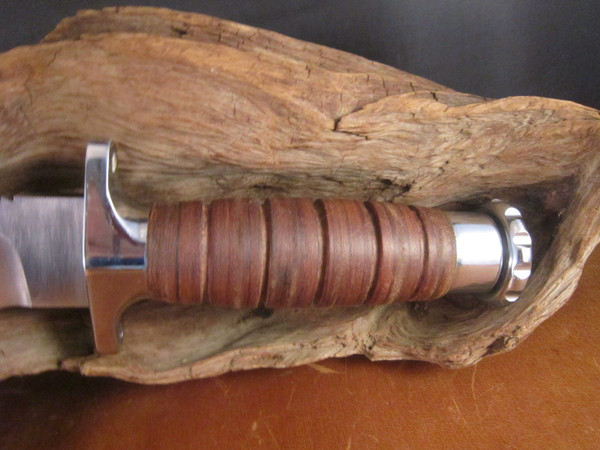 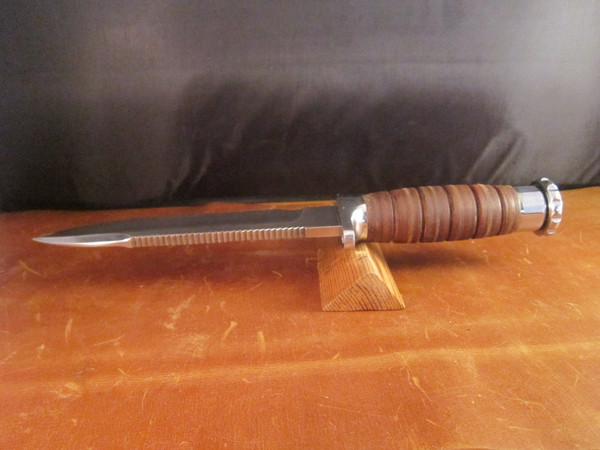