Takao FUKUTA, began making pocket and hunting knives in Japan and then, in around 1970, he went to the United States to sell his TAK FUKUTA products. Takao FUKUTA’s passion for knives continued to develop, and in 1978 he was recognized by Robert Wald “Bob” Loveless, known as the “god of knives” in the United States, with whom he began an apprenticeship.

The same year, he was the first Japanese person to be accepted into the American Knife Guild for his high-quality work.

Since Mr. Loveless appreciated Takao Fukuta, he shared with him all of his skills in making hand-crafted knives. When he got back to Japan, Takao Fukuta continued creating very useful handmade knives that were simultaneously handy, strong and elegant.

Over the years, his factory in Seki, Japan also produced knives for Parker, Valor, Gutmann, Explorer, Frost, and Browning among others.

Valor’s copy of the Gerber Mark II dagger, as well as the leather handled 373 were adopted as official knives of two separate US Army Special Forces units.

This knife is used, signs of sharpening but overall blade in good condition. Original brown leather sheath has a military small of tobacco, shows wear from carry but sturdy with good stitching. A great defensive knife to carry. 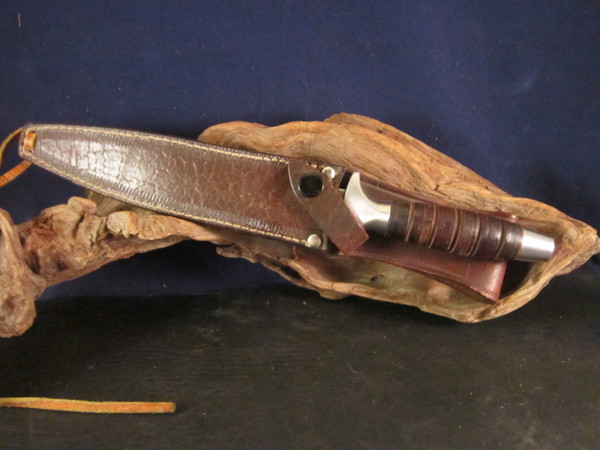 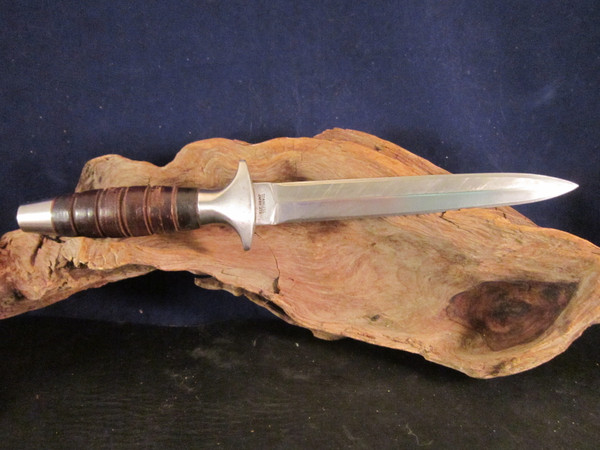 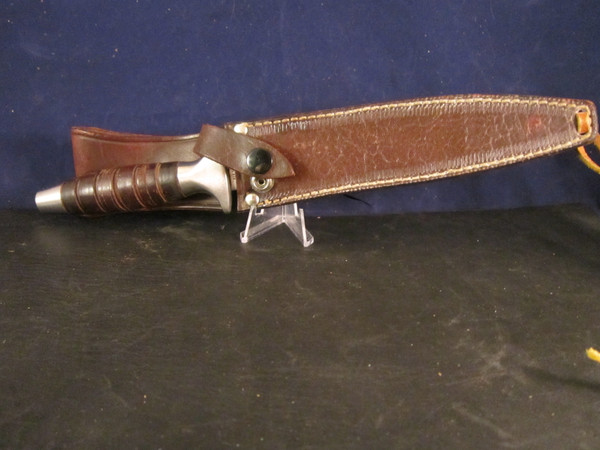 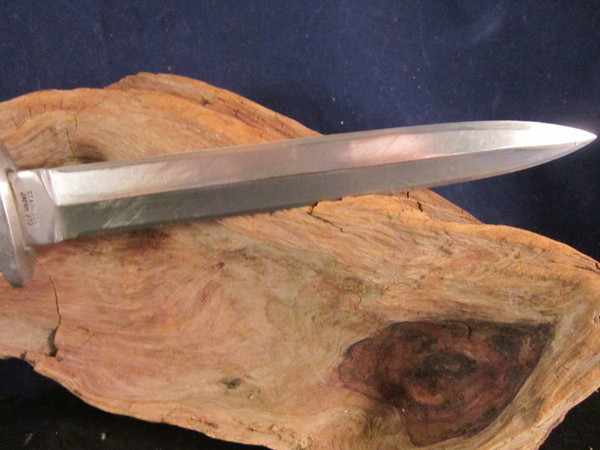 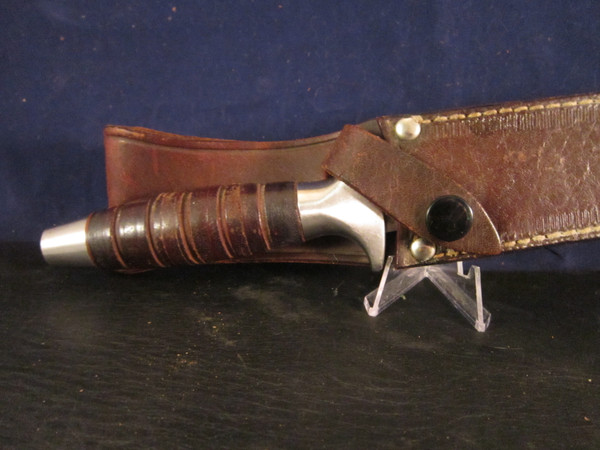 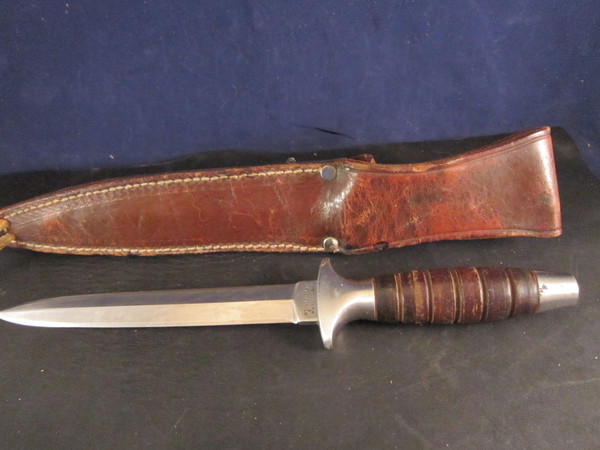 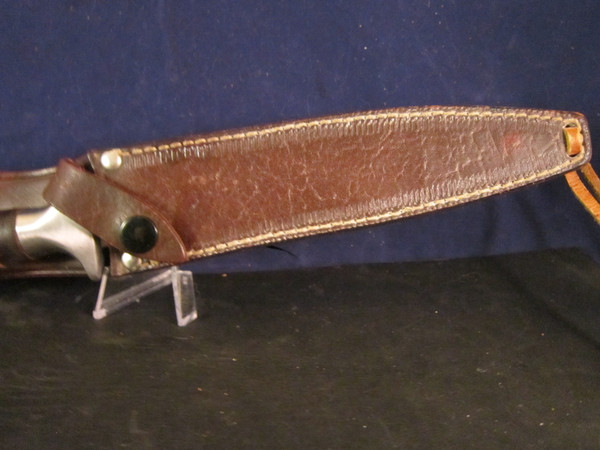 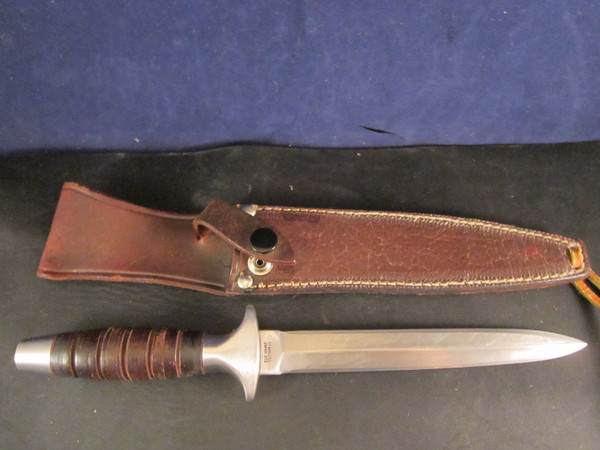 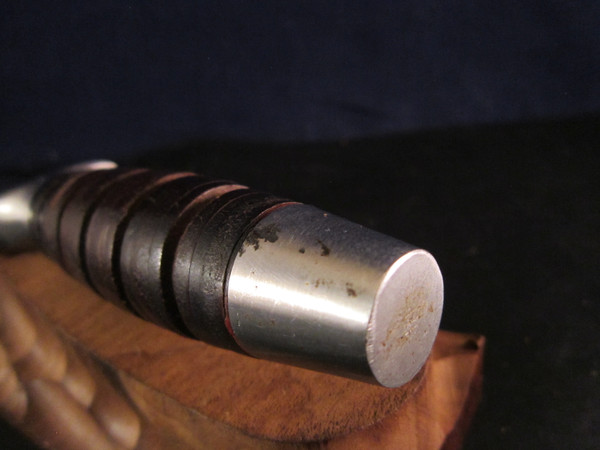