Only produced for 5 years, 1994-1998 in Ellenville, NY., USA. The Schrade 152 OT was originally introduced in 1974 and was in continuous production for over 30 years. It was originally called the Sharp Finger, later changed to Sharpfinger.

The success of the 152OT inspired Schrade to issue a stainless Uncle Henry Signature version of the knife in 1982, the 152UH "Wolverine", sporting a Staglon handle (Delrin molded and accent colored to imitate stag antler) with the Uncle Henry signature shield as found on the Signature Series pocketknives, and two flat rivets, all in nickel silver. This was a handle design first used on the 165UH during the short two year first production run in 1969-'70 and repeated on a second later production in 1994-'97. The 152UH was supplied with the standard sheath. It's tang stamp is "SCHRADE+" over "U.S.A. 152UH" on the 440A stainless blade as one might expect. The tang is stamped SCHRADE+ directly above the U.S.A. 152UH. This knife shows limited use, small sharpening marks near the blade tip, otherwise in very good condition. Look at the photo and judge for yourself. Includes original leather sheath 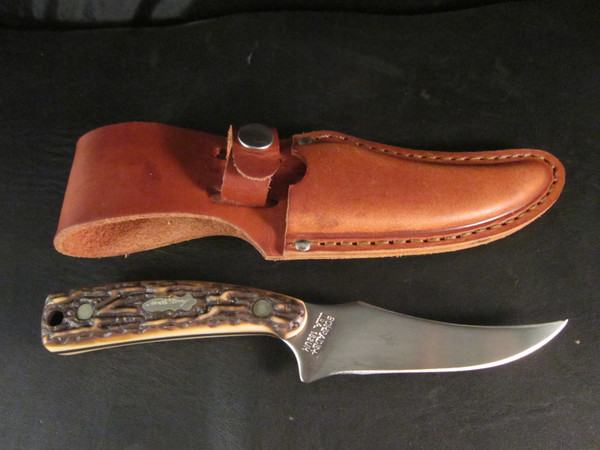 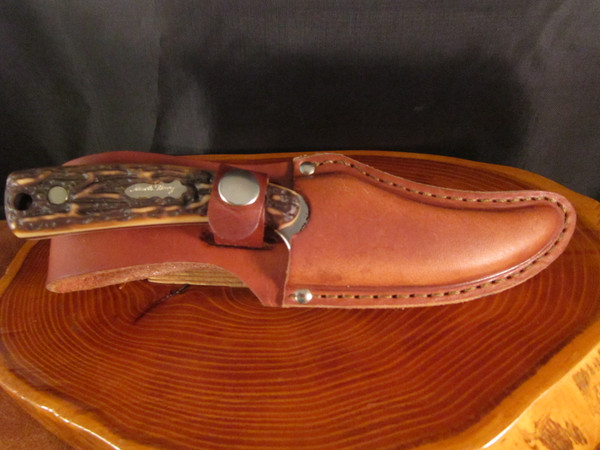 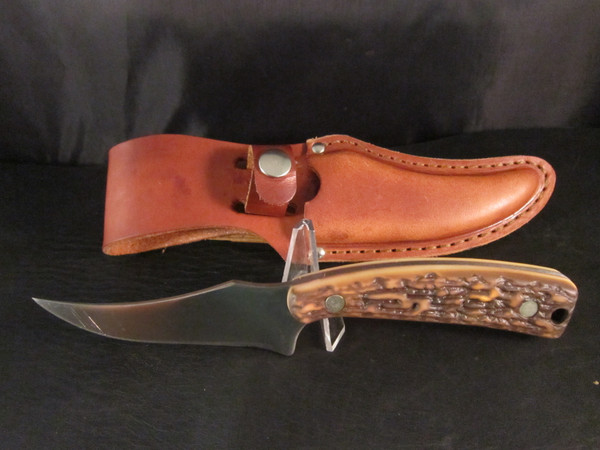 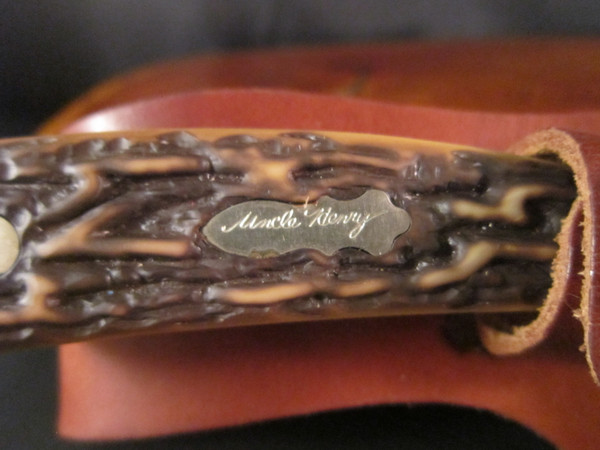 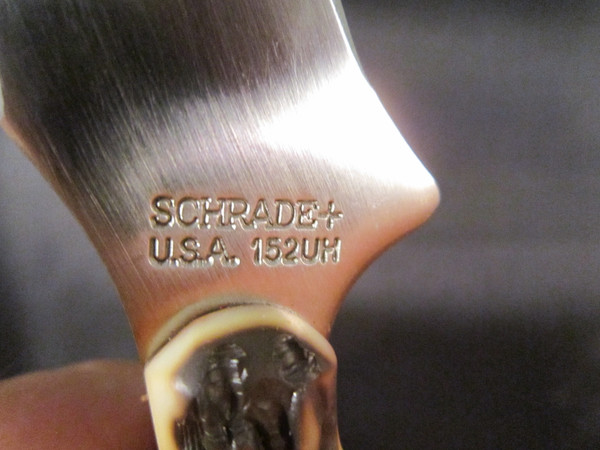 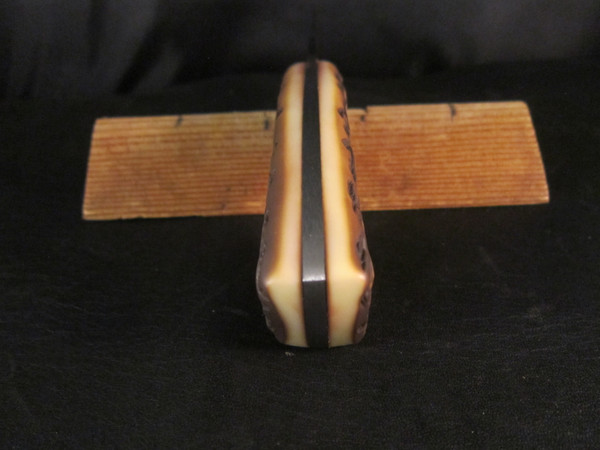 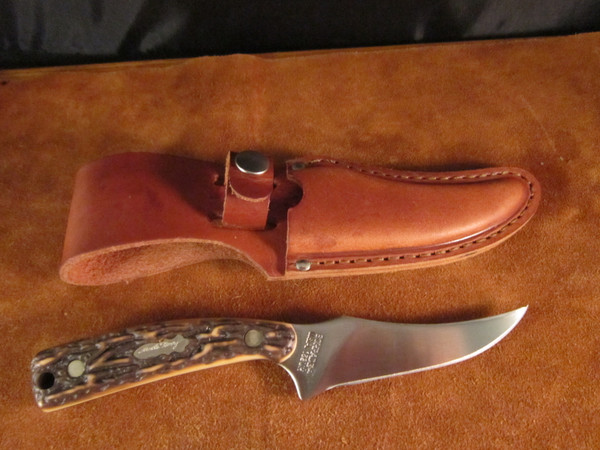 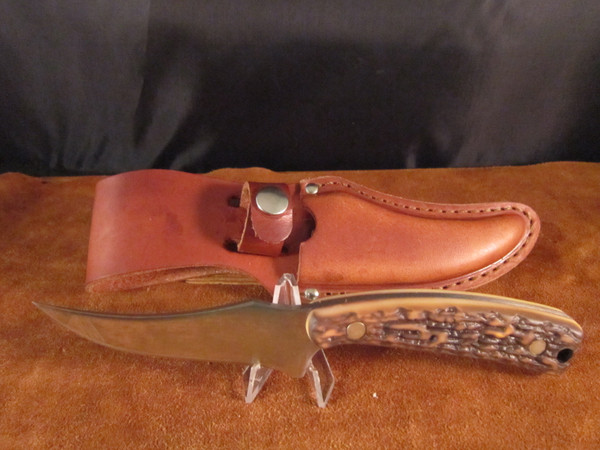