In 1991, Coleman sold the Western knife making concern to Camillus. All U.S. knife making companies were under tremendous pressure at this time from overseas competition. Camillus went bankrupt in February of 2007, taking the name of Western knives with them.

The Camillus version of the L66, (now W66) is identifiable by an aluminum finger guard replacing the brass of earlier versions. Additionally, the aluminum butt pommel was no longer pinned to the single tang. Instead, the end of the tang was round in cross section and threaded to accept a brass nut which is visible on the bottom of the saddle horn pommel. During production, the tang end and brass nut were ground down flush as part of the final shaping of the aluminum pommel.

Knife is 10" OAL, 5.5" blade Knife and sheath in good condition, knife has been cleaned and previously sharpened. 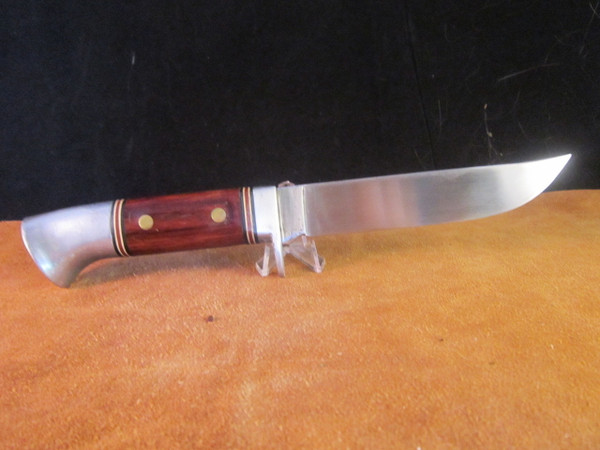 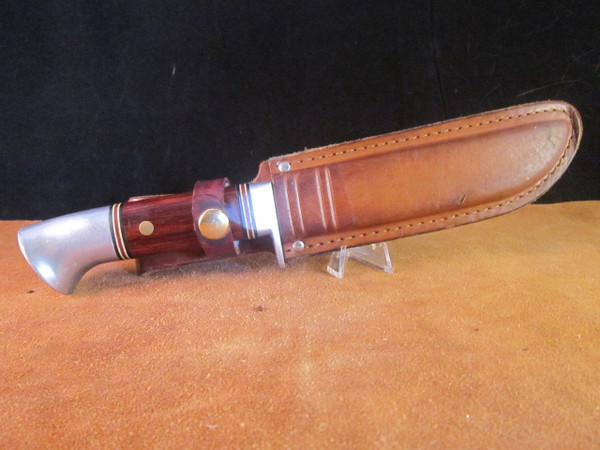 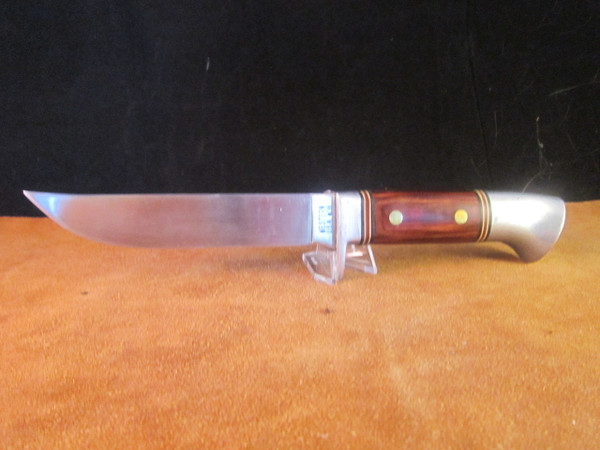 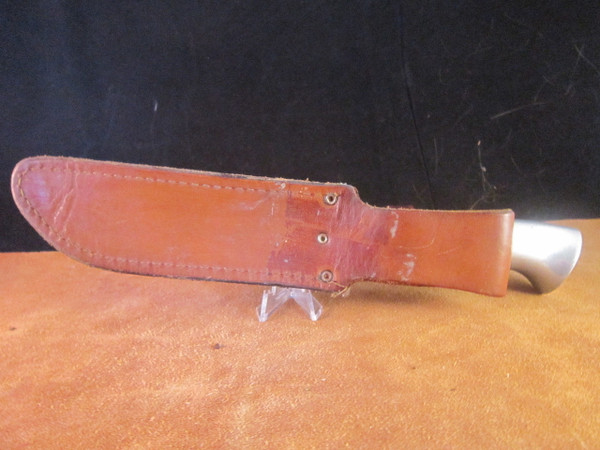 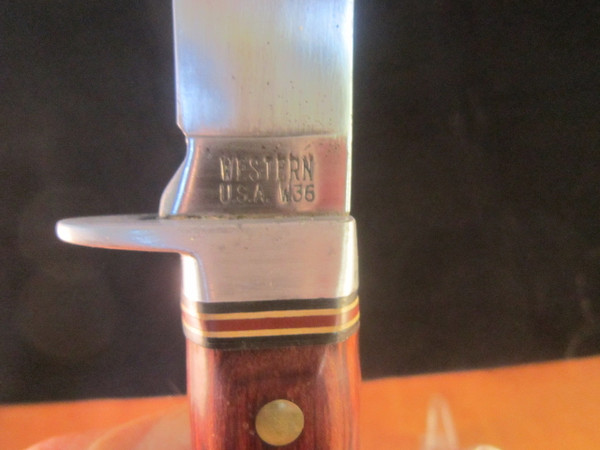 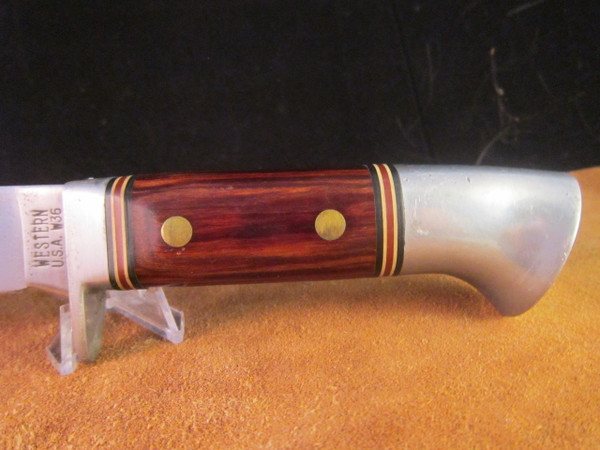 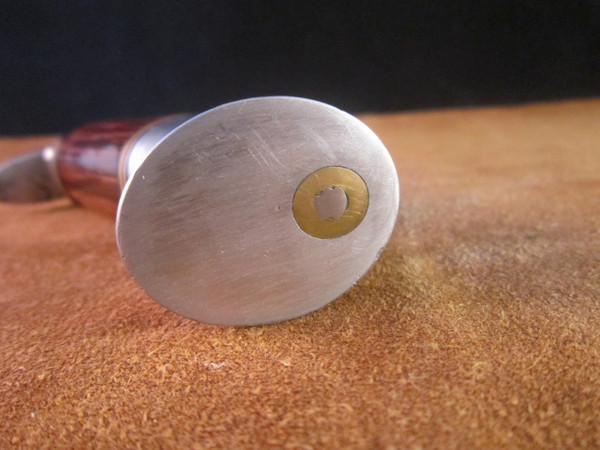 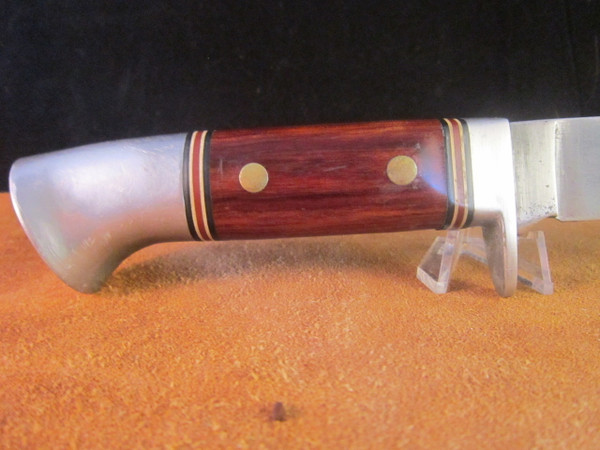