Parker Distributing Co. was based in Chattanooga, TN in 1970-1990 and produced knives in USA and Japan. James F. Parker formed the Parker distributing Co. in 1970 and began importing knives from Japan. He used the Parker name as well as Eagle brand and used the logo of a eagle with widespread wings on the tang stamp. The Smoky Mountain Toothpick was produced in the 80's in Seki, Japan.

Knife is 9" OAL and the blade is just under 5" of surgical steel. These knives can get sharp. Comes with a leather sheath with belt/boot clip. Made in Japan and patterned after the Gerber Mark I. Knife handle shows character from flaking, blade in great condition, sheath show wear. Knife weighs 4.2 oz.

Fitzwillies specializes in Collectible Knives from the 1970's- 1990's made in the USA and Seki, Japan. Visit my store to explore many more listings of Vintage Knives 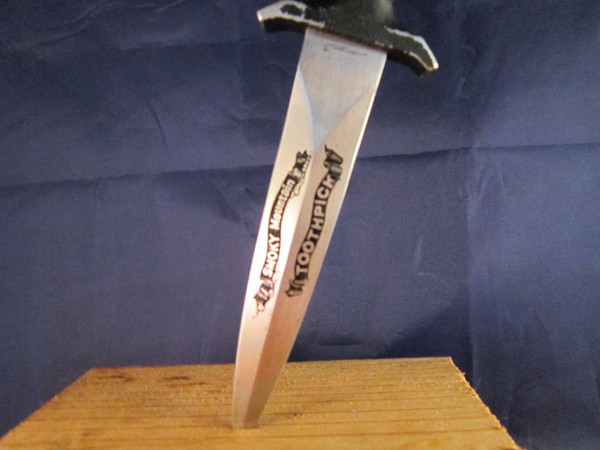 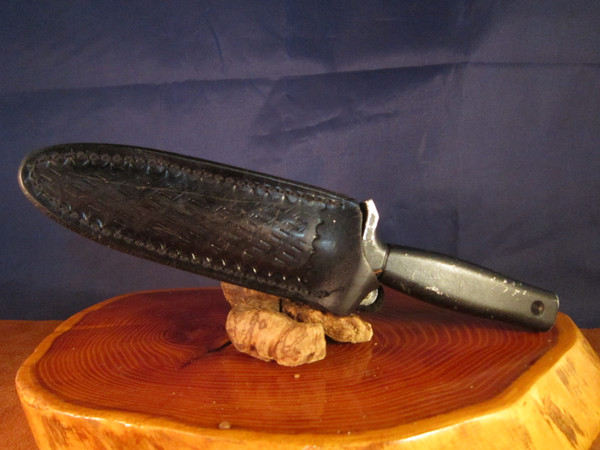 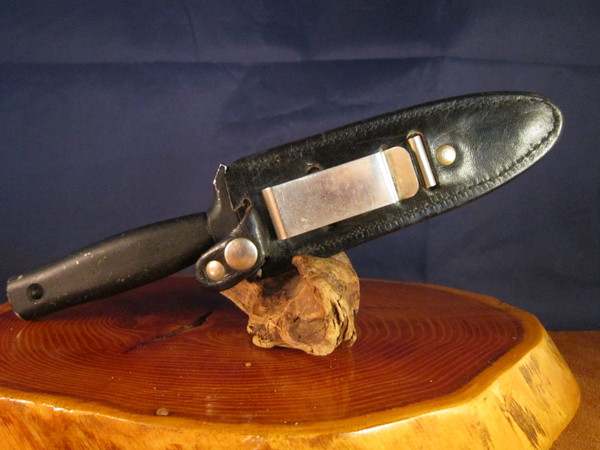 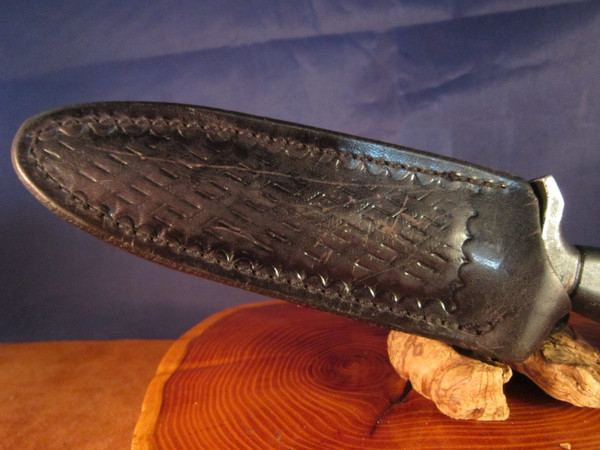 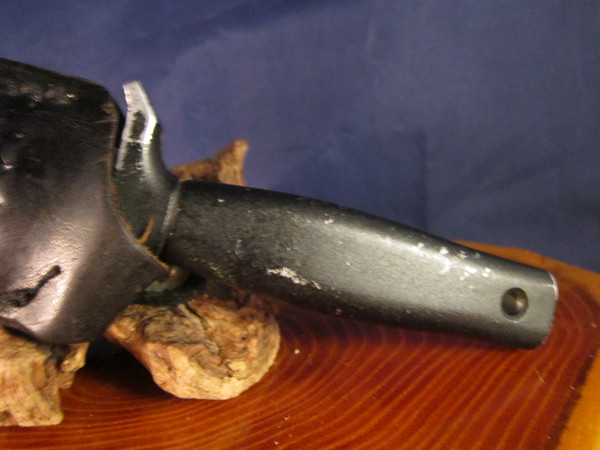 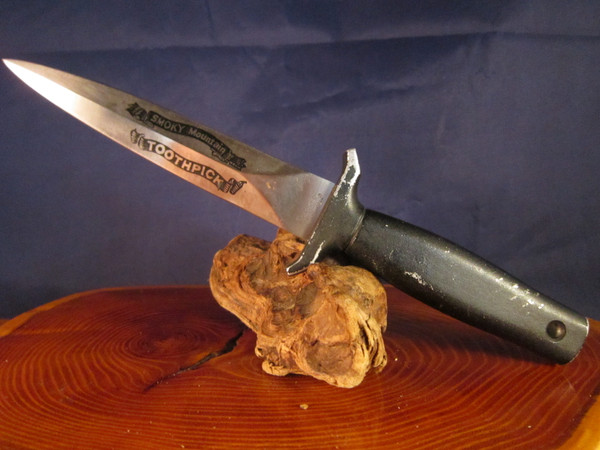 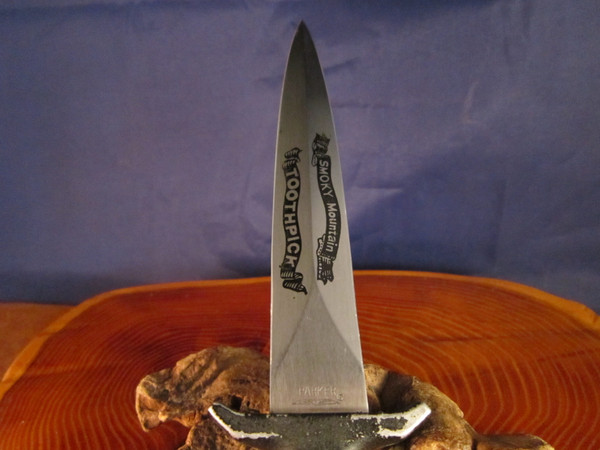 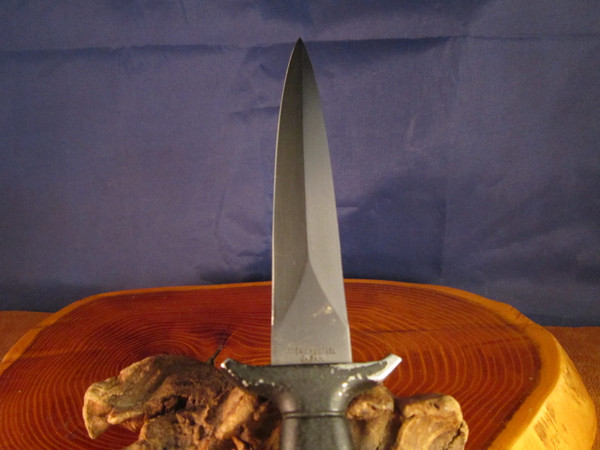 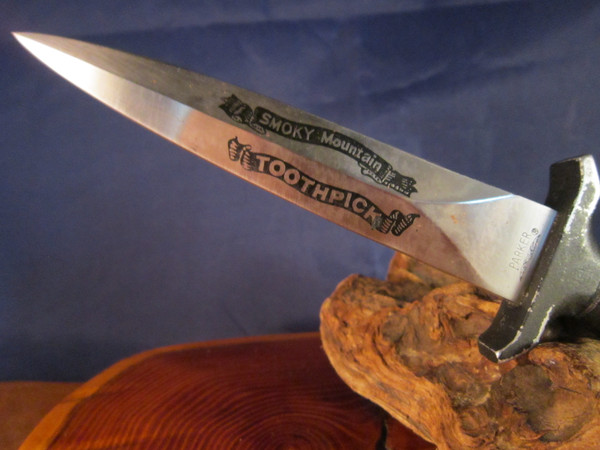 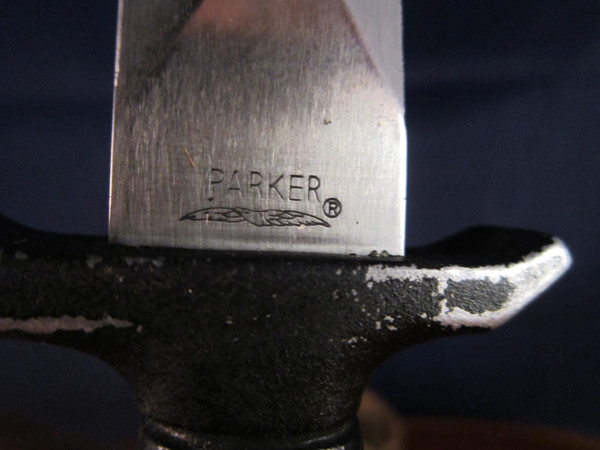 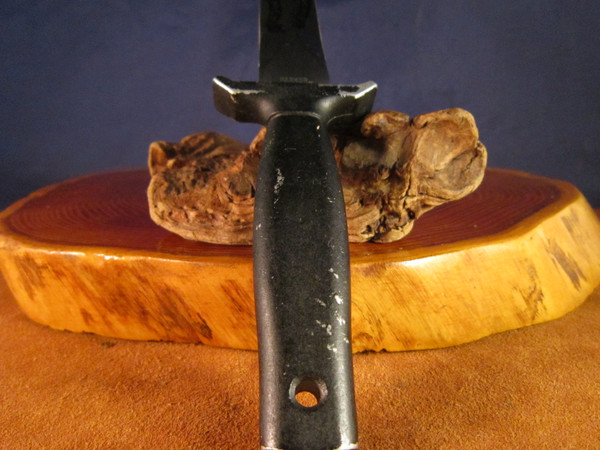 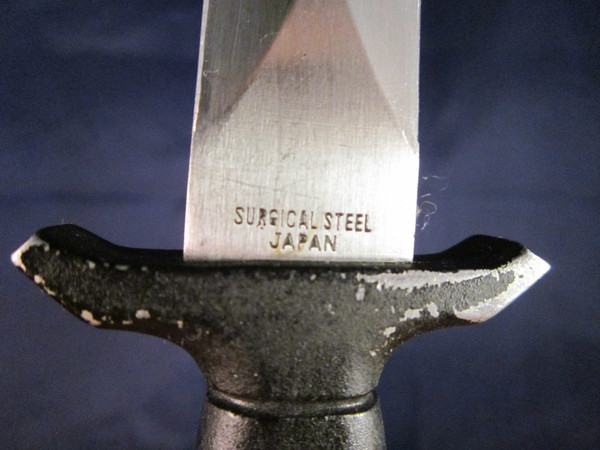