The Schrade Uncle Henry 171UH Pro Hunter is a classic, though fairly rare pattern and one of the larger Schrade fixed blade knives. The 171UH was first introduced in the 1971 catalog and was produced for thirteen years, being discontinued after the 1983 catalog year. It was manufactured for an additional two years in 1990 thru 1991 before being discontinued again.

The blade is 5 ½" long, early knives being 1095HC high carbon steel, and later ones being rust resistant high carbon steel (same as Schrade+), sabre ground clip point, nearly 1 ½" wide and thick of spine making a very sturdy knife. None of the pre-1974 knives have the Schrade+ stamp, and I have not seen later ones with it.

The 1990-'91 issues had a blade etch "Schrade" over "Super Sharp". Some were serialized on the front of the pile side guard. This pattern is a hidden tang Staglon handled knife with a brass pommel cap on the later issues, having a mounting screw much like the 153UH Golden Spike.

This Knife is NOS complete with box, warranty, knife, sheath, sharpening stone and a protective knife sleeve. The knife has not been used. See photos to judge for yourself. Knife is #77222 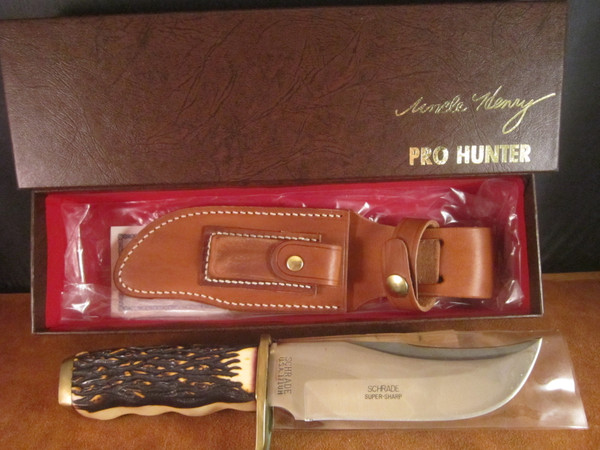 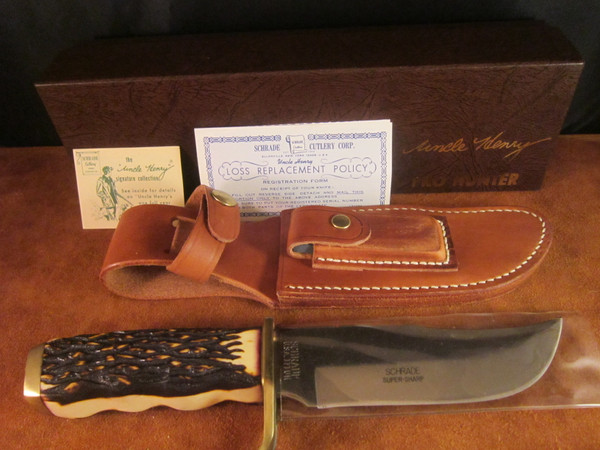 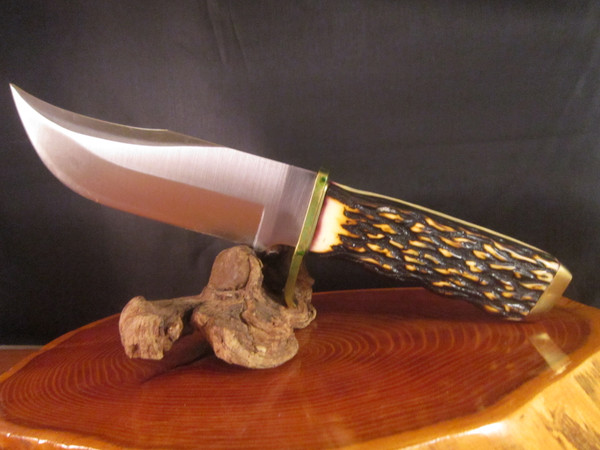 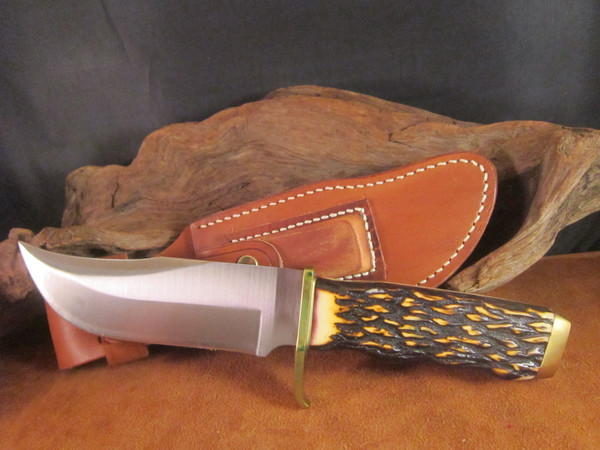 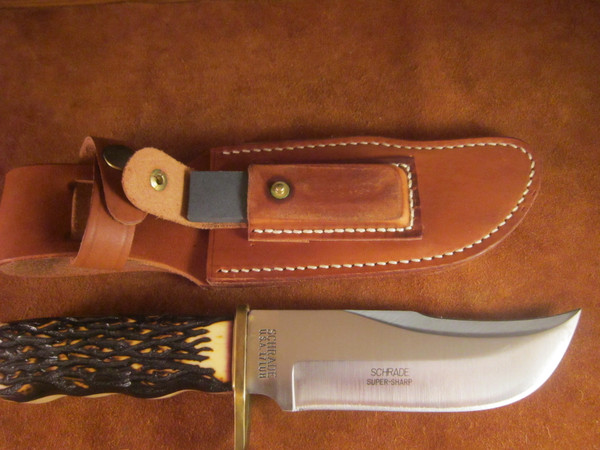 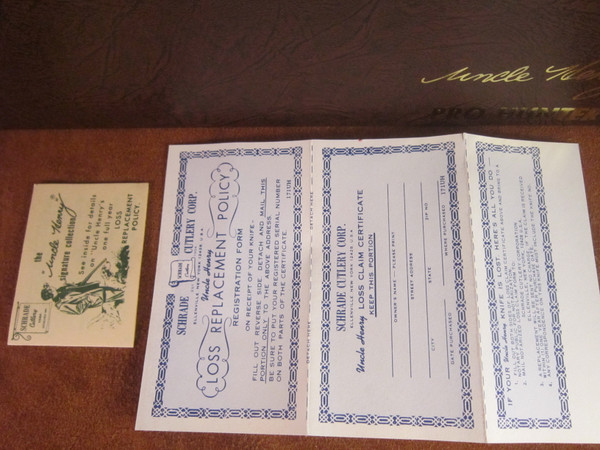 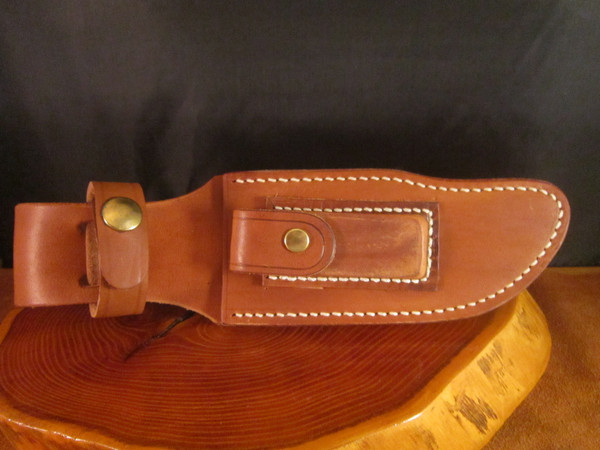 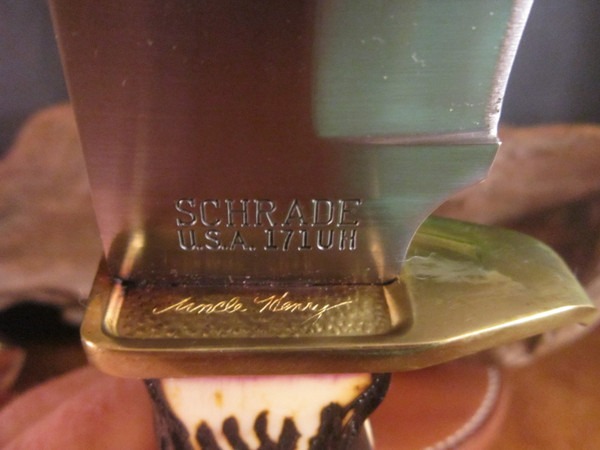