In 1972 Smith and Wesson worked with a well known and innovative knife designer Blackie Collins to introduce the company into the knife business. This program was announced in 1975 and seven knives were initially offered. Called the Survival Series they included a Bowie, Outdoorsman, Survival, Skinner a folding hunter knife, fisherman knife and a filet knife.

This Knife is model 6010 the Bowie Knife which is a traditional Bowie Style blade configuration with similar shaped sharpened false edge. The Wessonwood handle is blended smoothly with the double quillion brass guard and pommel. The Bowie has a 6” blade, 10” overall and weighs 13 oz. This is a NOS Bowie Model 6010 #21319 with original box and the genuine leather S&W sheath, the original warranty card is included. Box shows some wear on the box, sheath was enclosed in plastic and some of the brass tarnished. This is a classic Bowie design with upswept false edge, double handguard and leather sheath all professionally designed and produced in house by S&W, 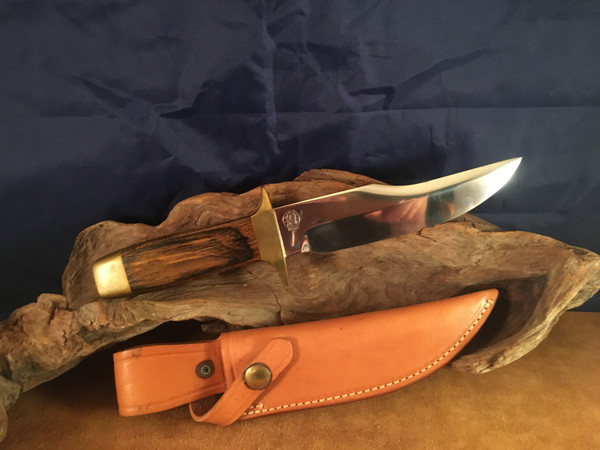 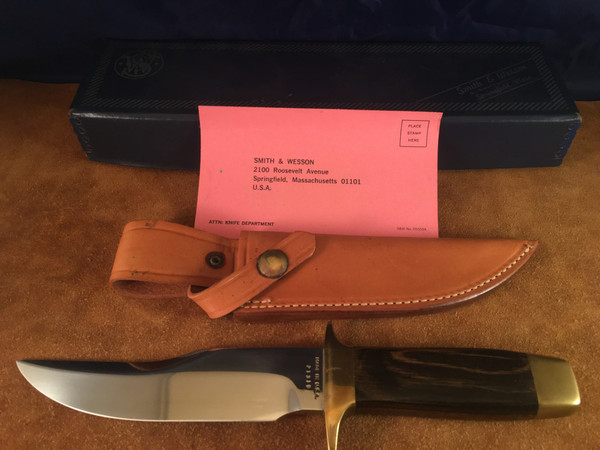 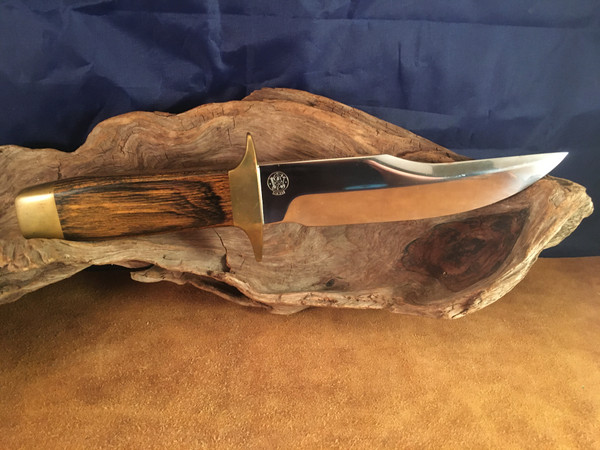 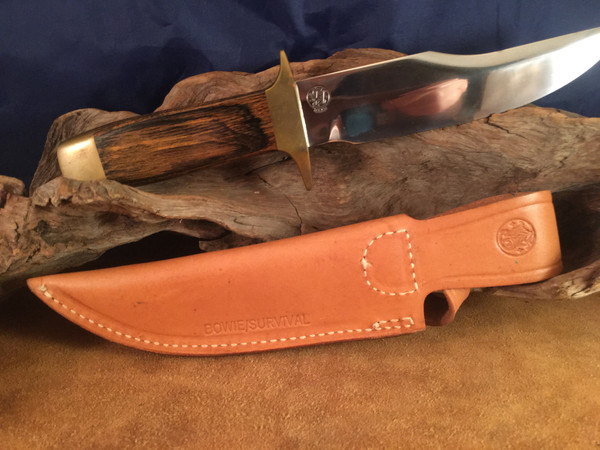 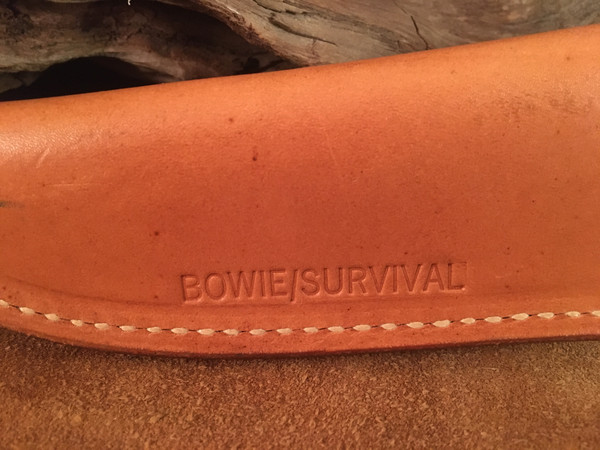 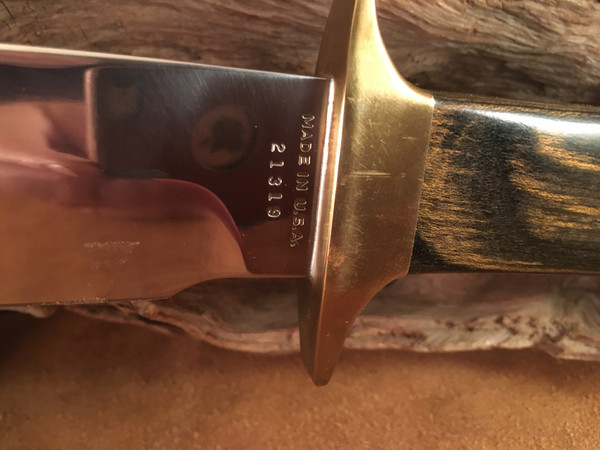 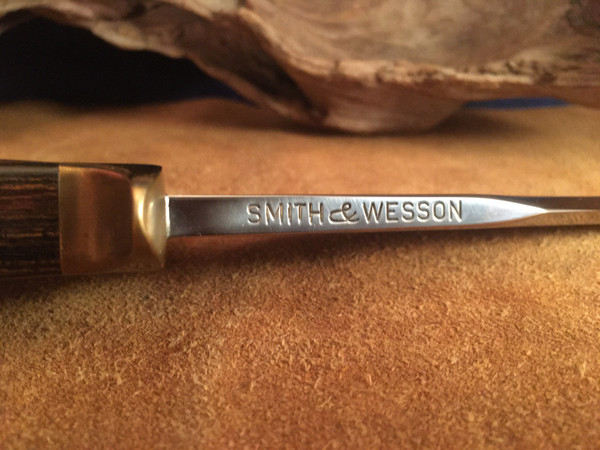