In 1972 Smith and Wesson worked with a well-known and innovative knife designer Blackie Collins to introduce the company into the knife business. This program was announced in 1975 and seven knives were initially offered. Called the Survival Series they included a Bowie, Outdoorsman, Survival, Skinner a folding hunter knife, a fisherman knife and a filet knife. This is the Bowie Model 6010 Serial Number 11478.

This is model 6010 the Bowie Knife which is a traditional Bowie Style blade configuration with similar shaped sharpened false edge. The Wessonwood handle is blended smoothly with the double quillion brass guard and pommel. The Bowie has a 6” blade, 10” overall and weighs 13 oz. This knife was stored in the sheath protecting the blade. The knife and sheath are in excellent condition no signs of use with small handling marks, the snap on the belt flap has pulled off. This knife was produced in 1974. No Box. Judge for yourself. 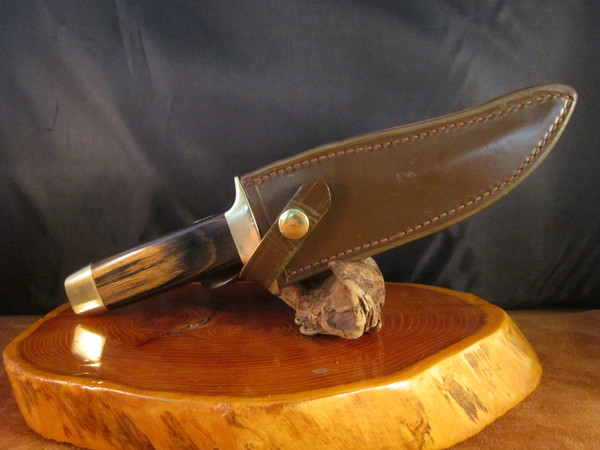 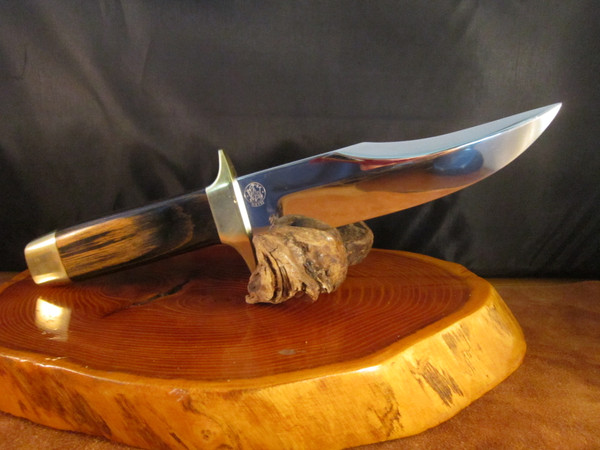 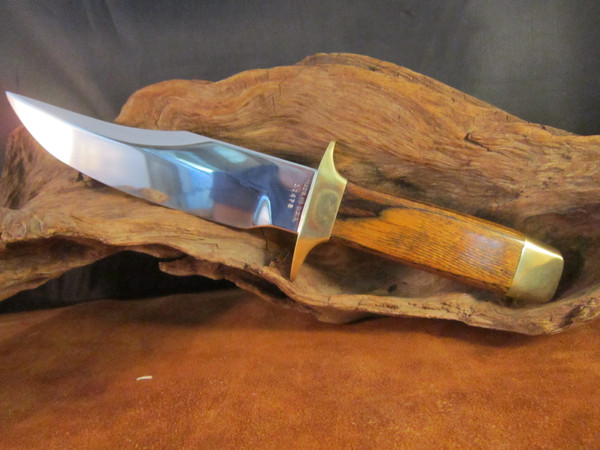 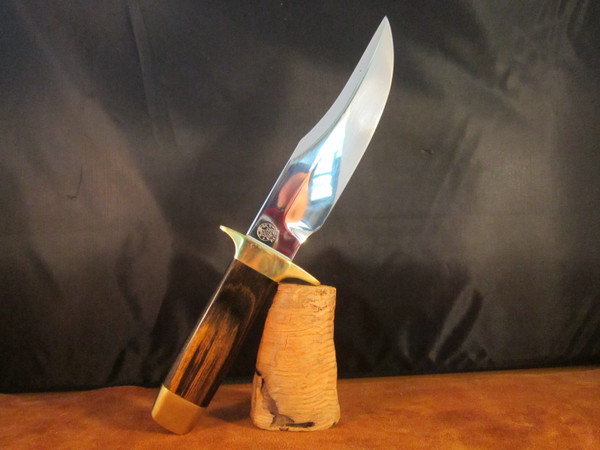 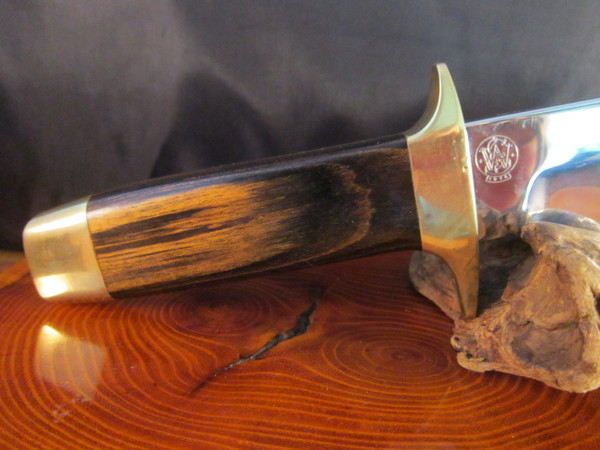 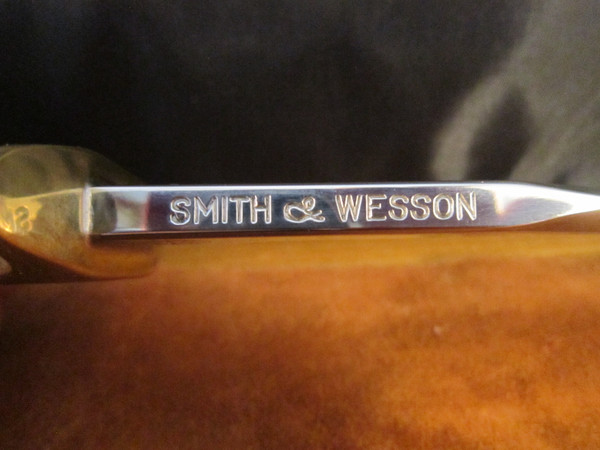 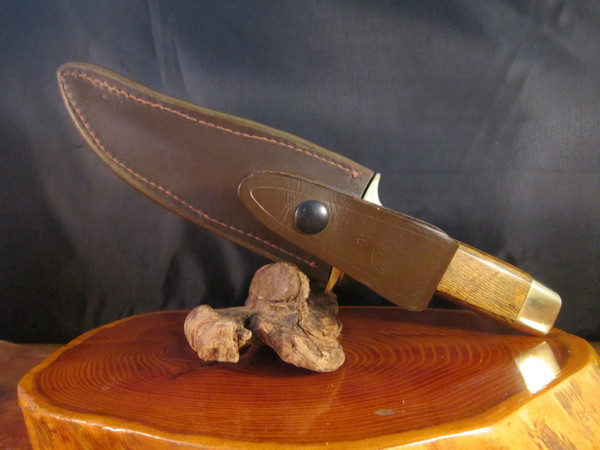 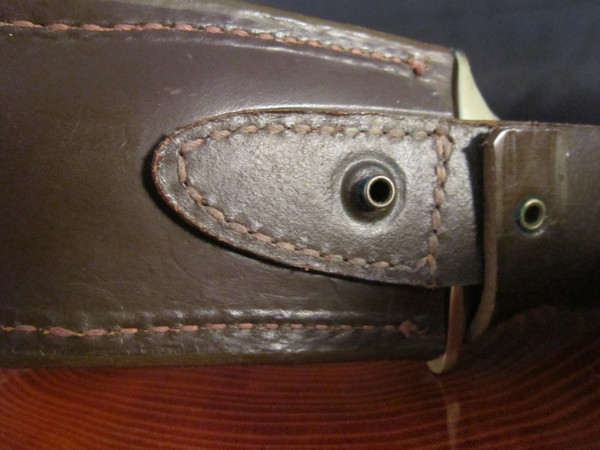 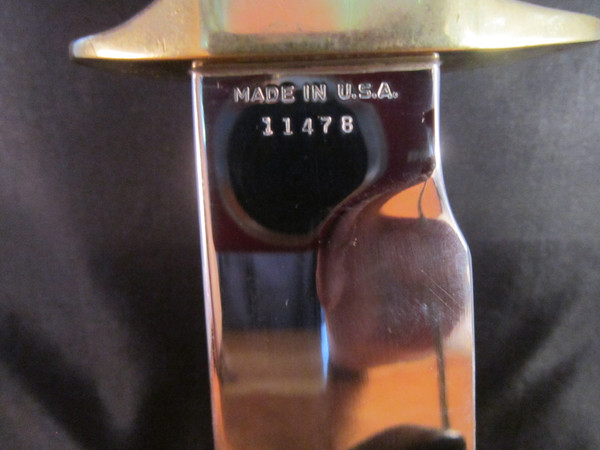 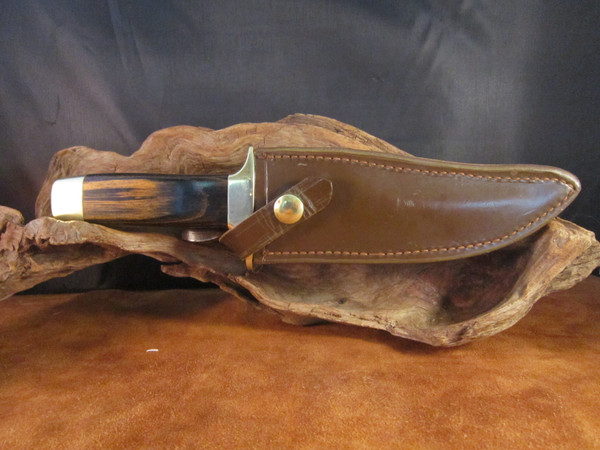