The Cold Steel Tanto was introduced in 1981. With a blade length of 5 3/4″ it was marked “400 Series Stainless”, believed to be Aus8. Later in the mid 1980’S it was produced with a San Mai version with an Aus8 core laminate and was named the Master Tanto like this knife. These knives were produced in Seki, Japan by Master Knife Maker Ichiro Hattori.

Right Side of the blade: COLD STEEL, VENTURE CALIF

Left Side of the blade: MASTER TANTO, SAN MAI

The Master Tanto came with brass fittings and a leather sheath. The early models like this one had the keeper strap with Velcro reversed to secure on the inside on the belt side of the sheath to prevent it from coming loose if brushed against something. The back of the sheath had provisions for vertical or horizontal mounting.

This knife has been used, carried, and shows sharpening scratches. An amazing knife to carry or keep. 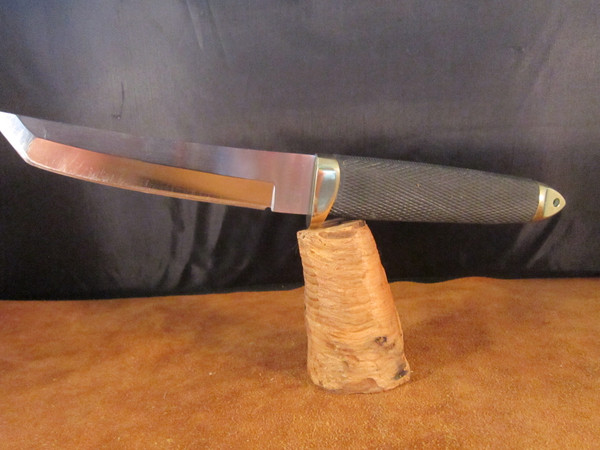 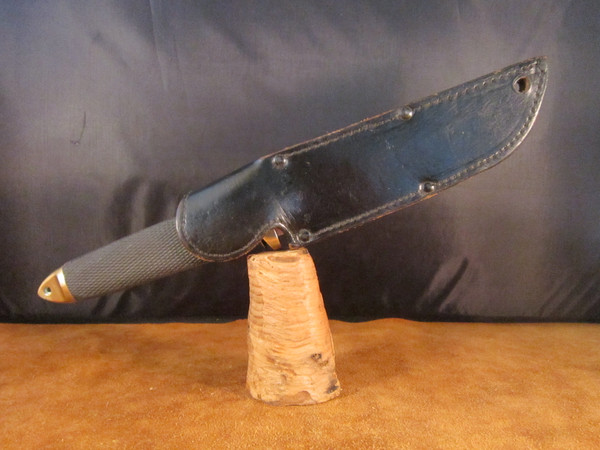 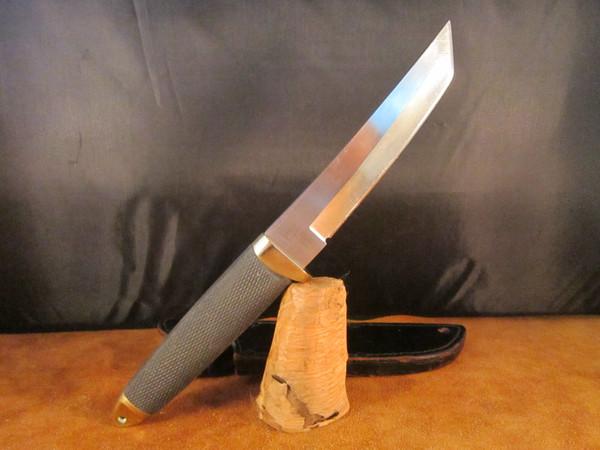 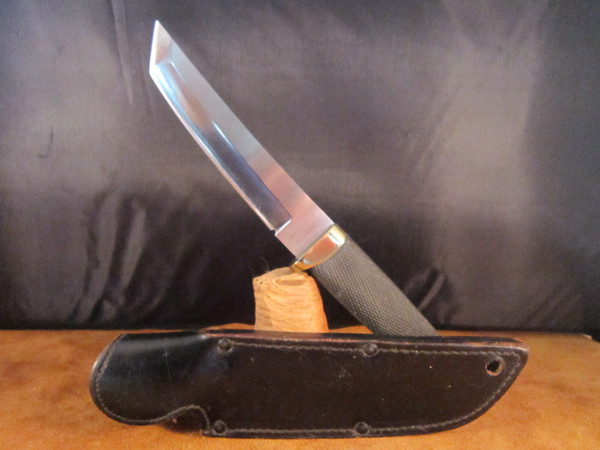 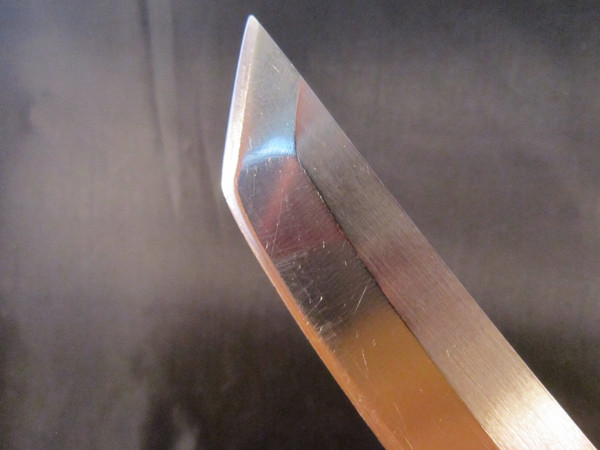 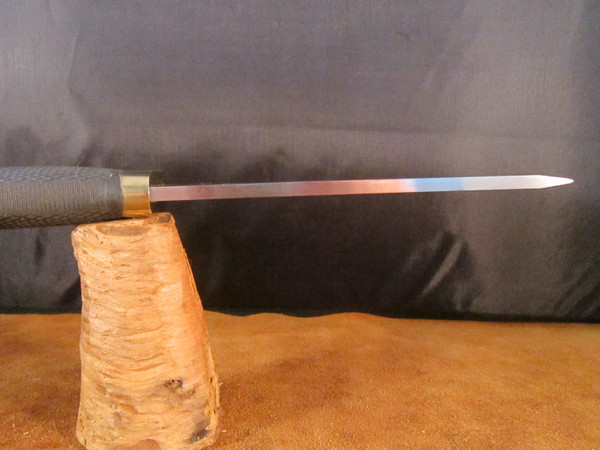 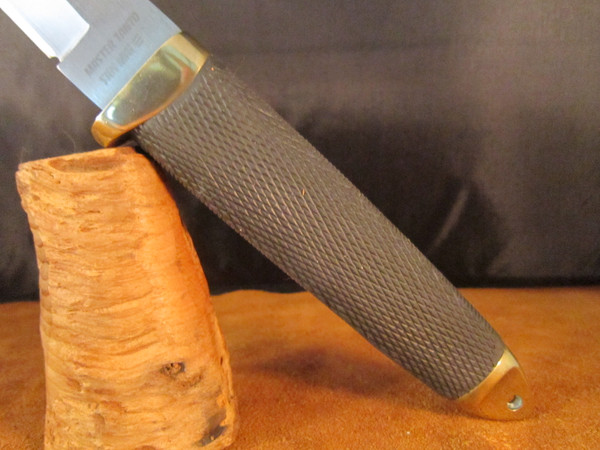 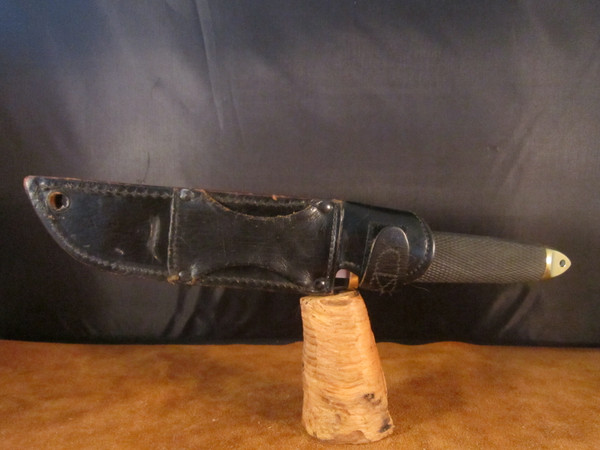