Camillus 7” military knife was the last series produced in 1989-2007 before Camillus went bankrupt.

The Mk2 Knife was developed as an improvement over the Mk1 design, which had issues with blade snapping due to the thinner design. Working with Union Cutlery, USMC Colonel John M. Davis and Major Howard E. America contributed several important changes, including a longer, stronger blade, the introduction of a small fuller to lighten the blade, a peened pommel (later replaced by a pinned pommel), a straight (later, slightly curved) steel cross guard, and a stacked leather handle for better grip. The knife was officially known as the 1219C2, but it was commonly called the "Ka-Bar" after the trademark of Union Cutlery that was on the blades of early examples. The first production order went out to Camillus Cutlery Company, who produced the largest number of knives during WW2. The design was subsequently adopted by the Navy as the US Navy Utility Knife, Mark 2, and the USMC adopted it as the USMC Mark 2 Combat Knife, or simply the Knife, Fighting Utility.

7” 1095 steel with Black military specified coating. The MKII is considered one of the all-time great combat knife designs. It is small enough for most utility use, yet big enough for chopping firing lanes or brush for camo. It easy to sharpen, strong but still light and easy to carry 24/7 if you must.

This is a later model with the curved steel cross guard and a pinned pommel. The only mark on the blade are from the sheath, which is in excellent conditions. You decide from the photos. 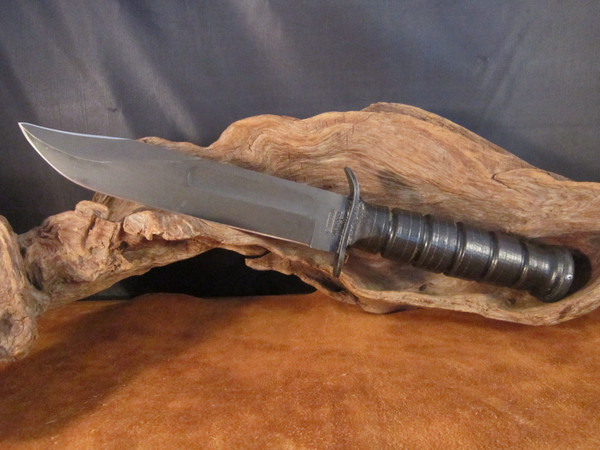 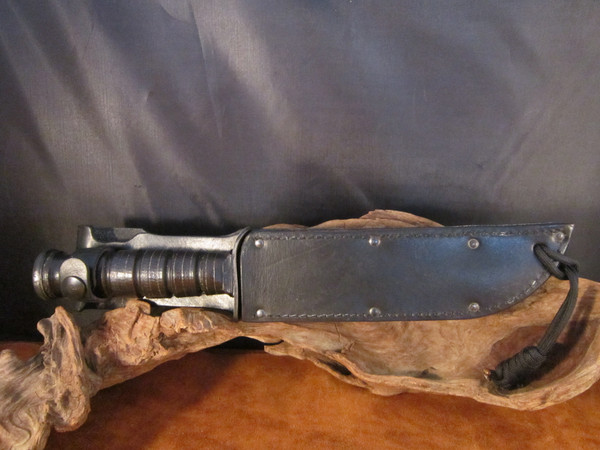 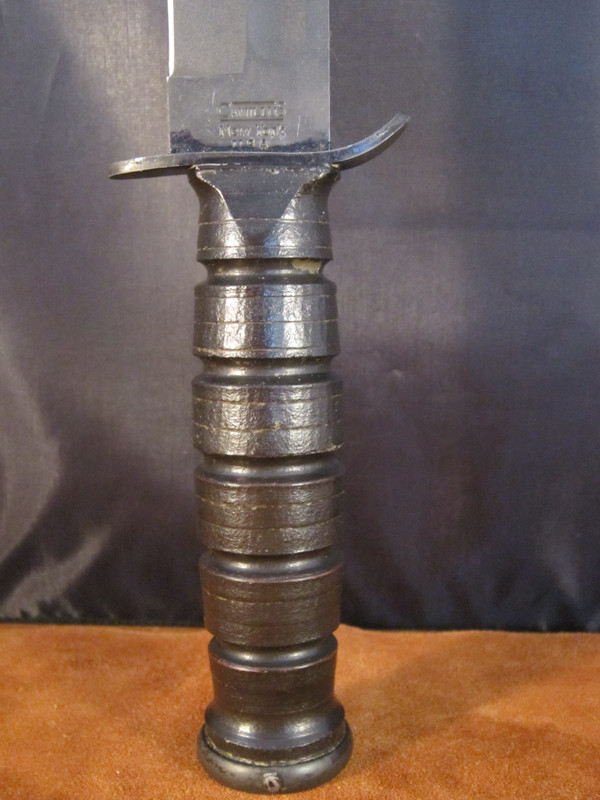 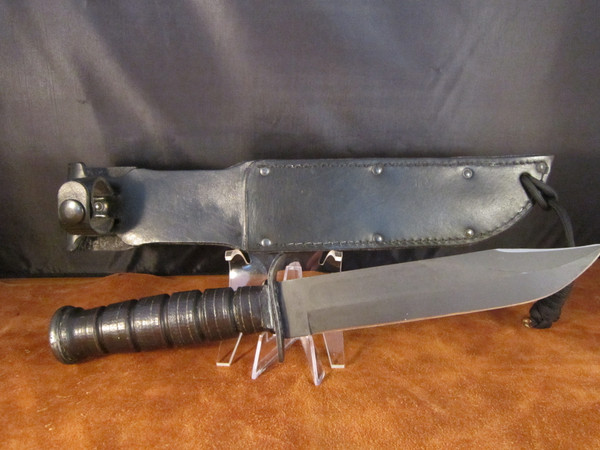 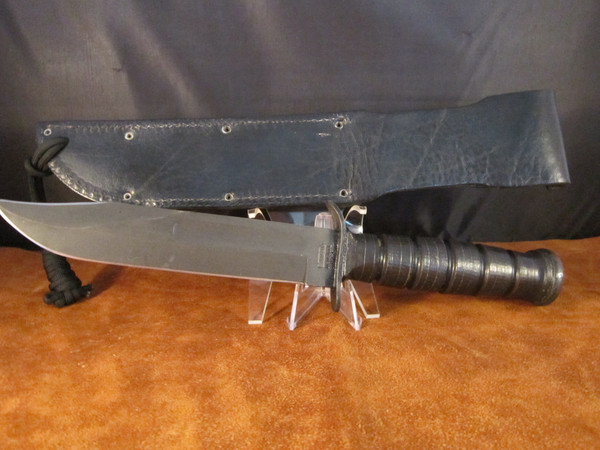 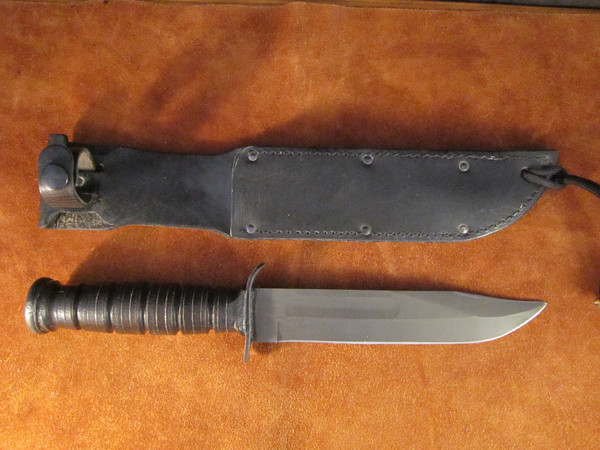 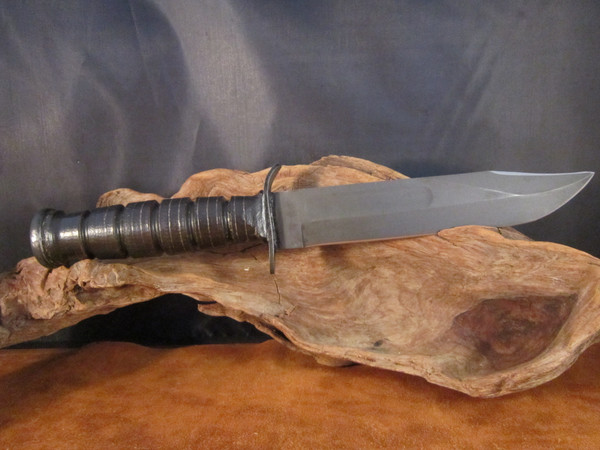 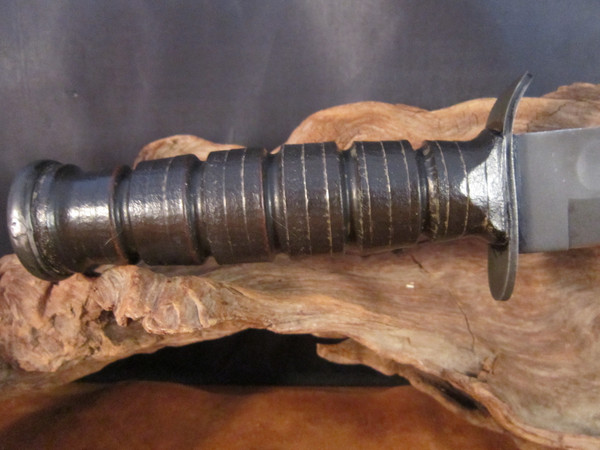 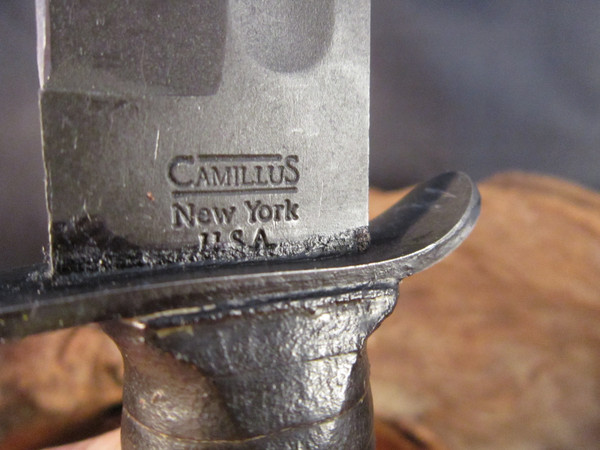 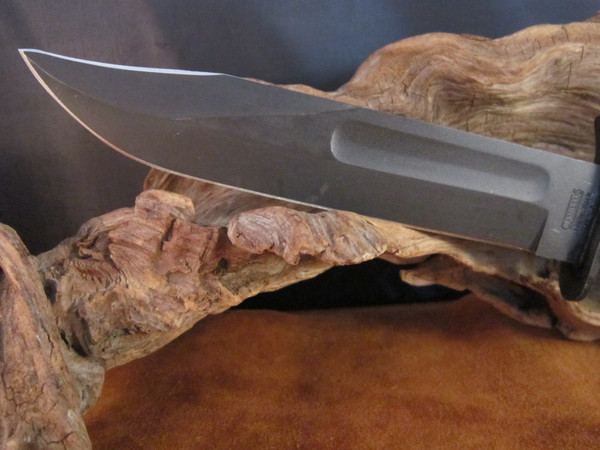