While Browning is naturally known for its firearms, its knives are also well known to collectors. Several models were designed in the late 1960s for Browning by a young Gil Hibben decades before Rambo III or Star Trek movies made him famous. Designated the Sportsman’s Series they were outright hunting knives, both folding and fixed blades made to complement Browning’s firearms in the field. Like many other U.S. knife companies at the time, Browning had knives made in the U.S., Germany, and Japan.

Model 55 all purpose hunting knife. The blade of this model has a blade generally preferred by hunters. While it’s 5.5” blade is generally suited for big game, it is not at all unwieldy for upland game or the needs of a fisherman.

Basketweave leather sheath made in USA

This blade is in mint condition, handles and sheath show handling. Knife and sheath were both made in the USA. This 5.5" blade is a perfect hunting/skinning knife and would perform well as an all-purpose or combat knife. 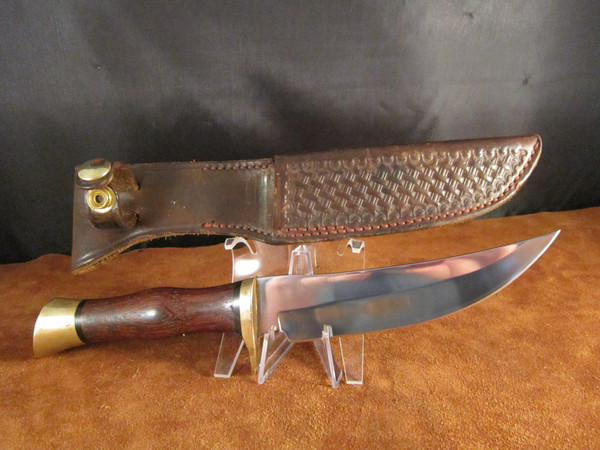 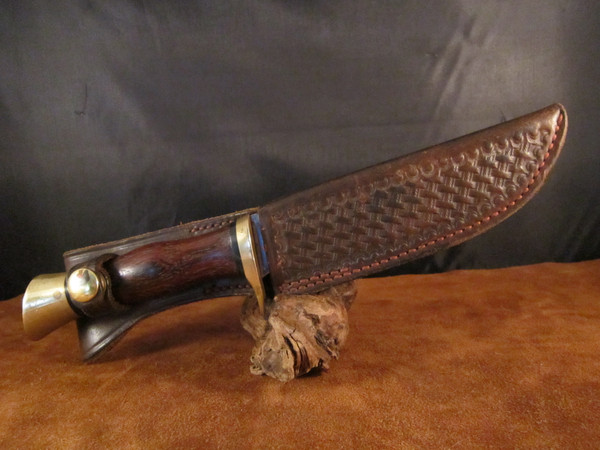 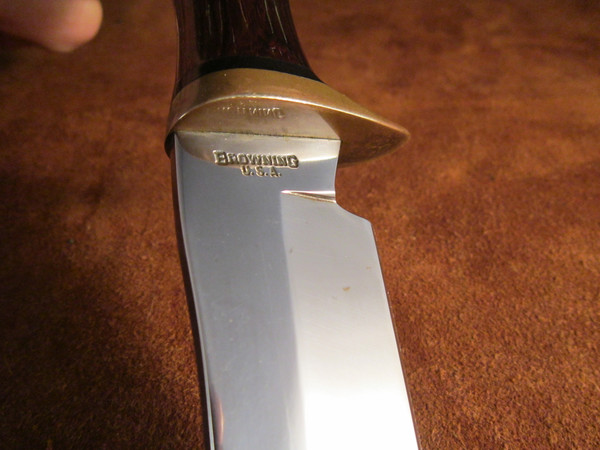 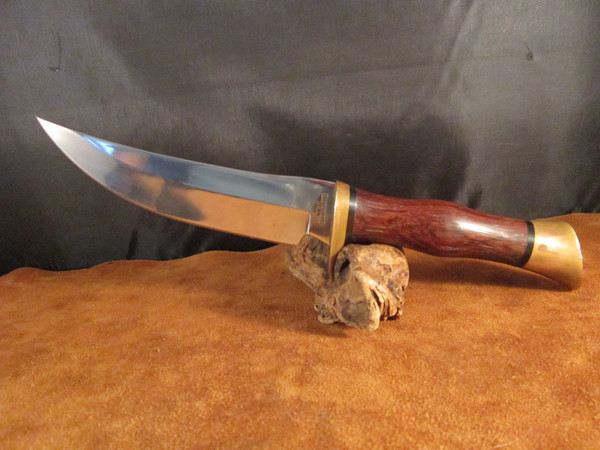 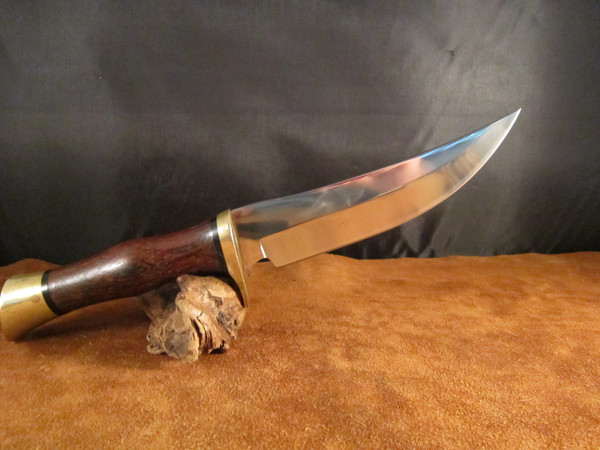 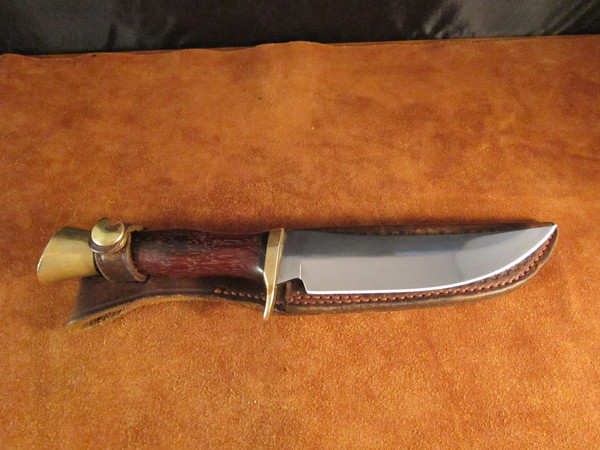 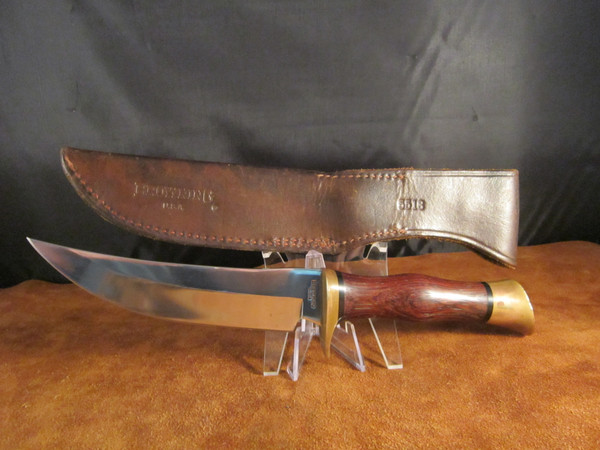 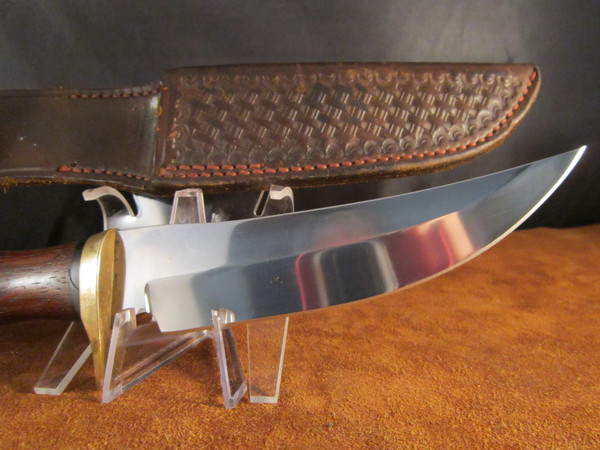 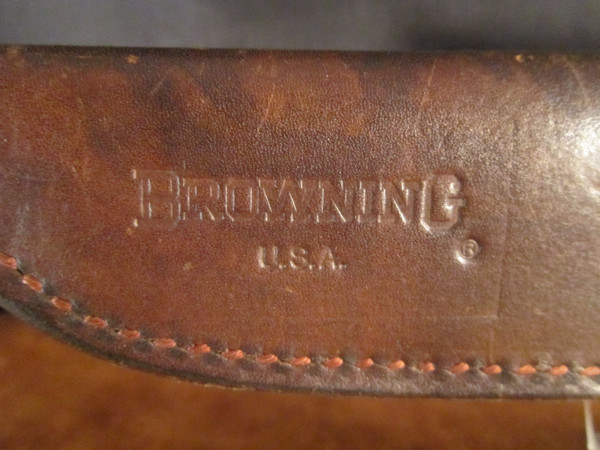