Based on the success of the S&W model 6010 Bowie knife, S&W offered the Collector Series of knives. A Limited Edition of 1000 serially numbered knives of the Sportsman Line. Custom treatment of these knives by Blackie Collins includes an acid etched game scene on the blade, sculptured Sterling Silver guard and pommel and a hand engraved escutcheon inlaid on the handle. The knife was packaged in a wood presentation case. This knife is the Model 6030 Survival Knife and is numbered 498, the latch has been removed and is missing.

Information from the book, “The knives of Smith and Wesson by C.E. Rinke”.

In 1972 Smith and Wesson worked with well known and innovative knife designer Blackie Collins to introduce the company into the knife business. This program was announced in 1975 and seven knives were initially offered. Called the Survival Series they included a Bowie, Outdoorsman, Survival, Skinner a folding hunter knife, a fisherman knife and a filet knife. The Survival knife had a hollow handle cavity covered by a solid brass screw-on cap. The handle was round and blended into a double quillon cross guard for maximum workability and production. The 5 inch blade had a wide flat spine and a sharpened false edge. Overall length is 10" with a 51/2" blade and weighed 10 oz. 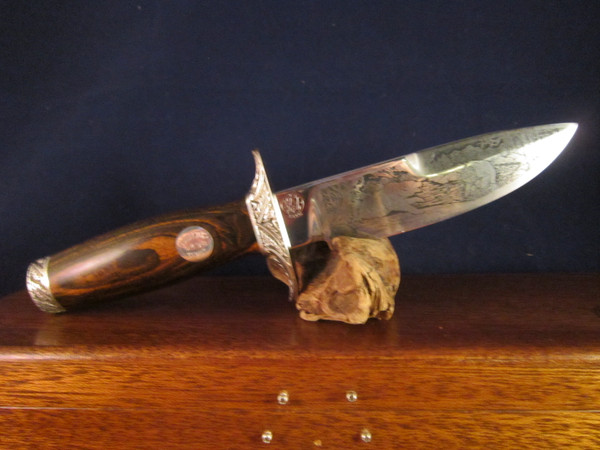 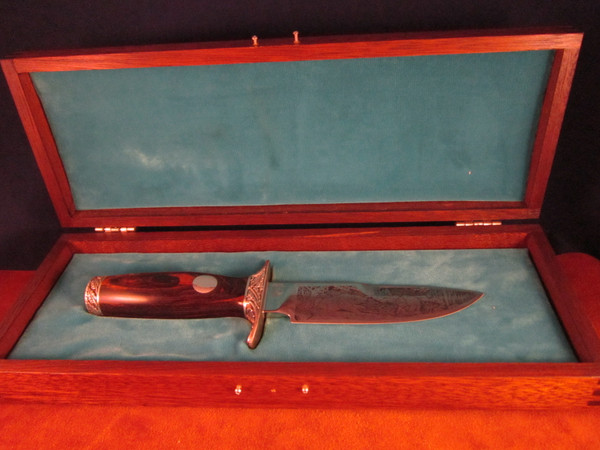 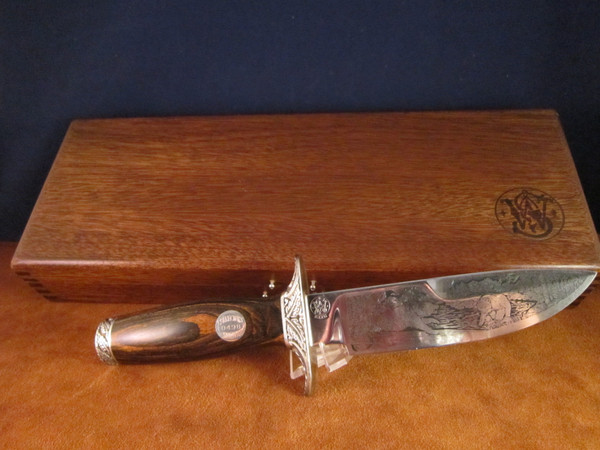 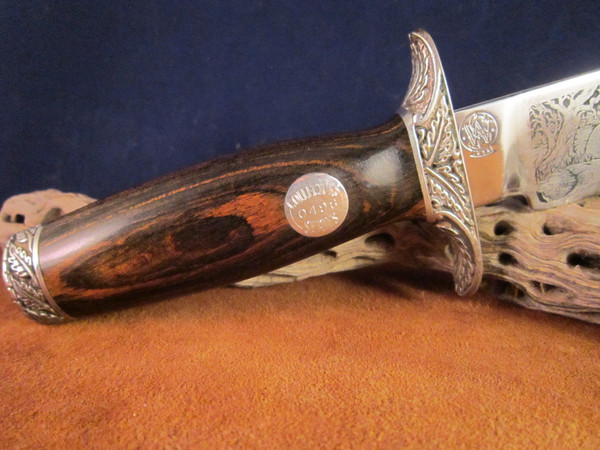 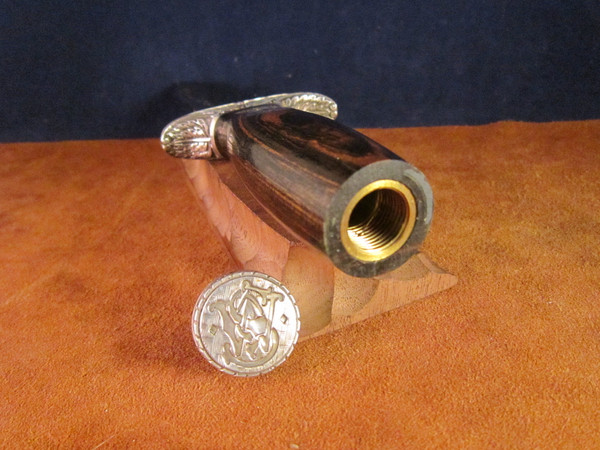 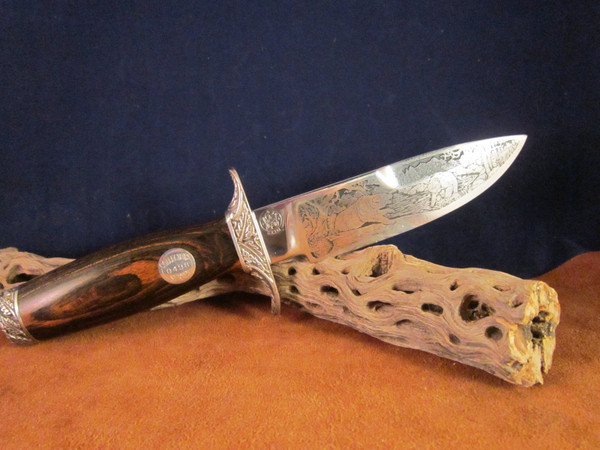 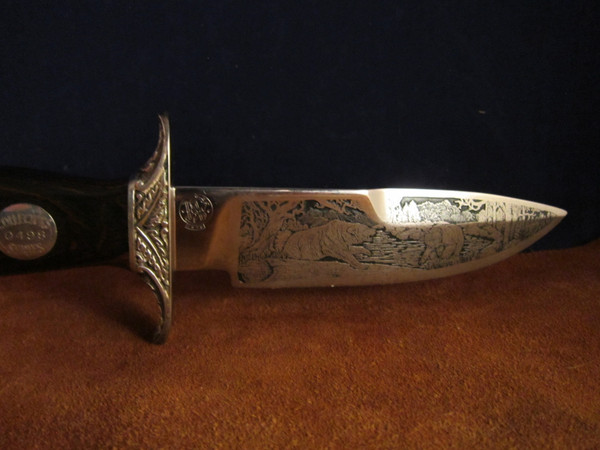 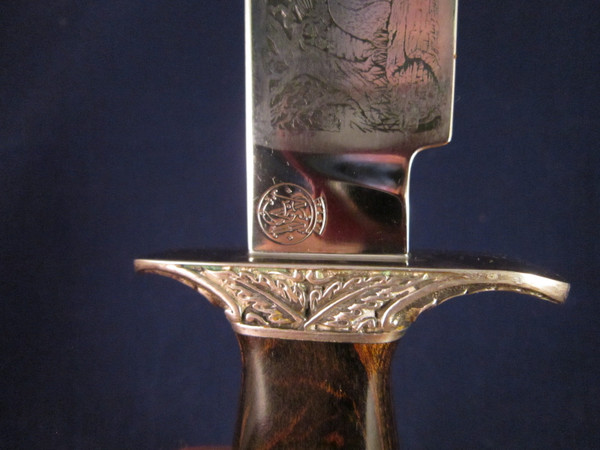 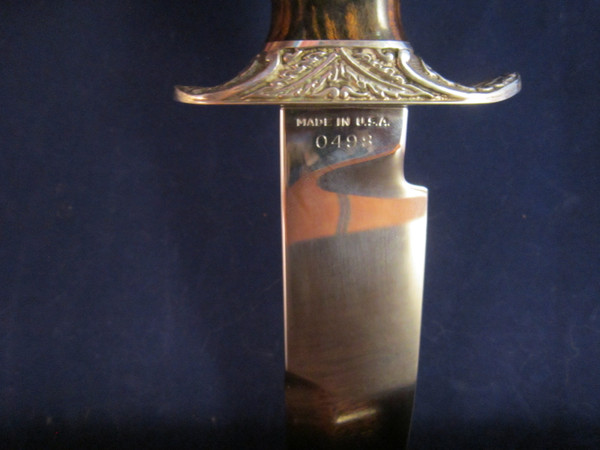 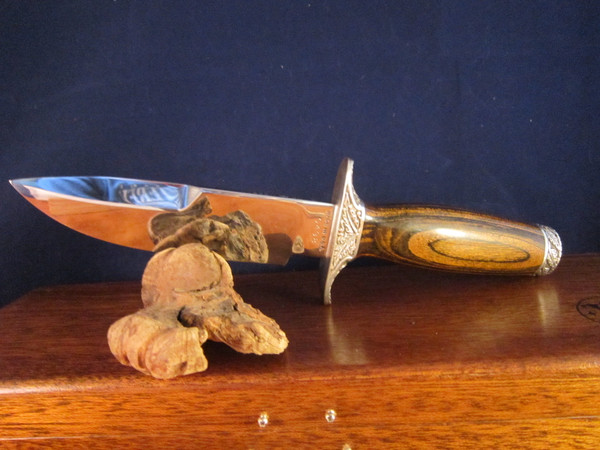