The 15OT was first introduced in 1964 and produced continuously for thirty-four years, a third of a century. It was produced for ten years as Schrade Walden (1964-73), then for twenty-four as Schrade (1974-97).

Deerslayer has serpentine shaped brown sawcut Delrin handles held to the full tang by three nickel silver flat head rivets, and a 1 1/8" nickel silver Old Timer shield. A prominent choil on the tang in front of the handle acts as a lower guard and protects the fingers from the sharpened blade. A grooved, raised thumb rest on the top of the tang aids in blade control for finer work. The 6" full tang blade is flat ground 1095 carbon steel. A stiff blade, the blade stock is nearly 3/16" thick. The tip is upswept. As with other early Old Timers, there are some small distinctions between the Walden knives and the later ones. Earliest production was marked with a "PAT. PEND." blade etch briefly, then added to the left-hand tangs tamp.

The sheath used in 1964-65 was a basket weave tooled tubular sheath with long belt hanger and laced with leather laces. This was the fanciest sheath, but it had a problem. The long sweeping knife blade tended to cut the leather laces. Factory engineers solved this temporarily by adding an aluminum rimmed fiber sheath insert. This was too expensive to continue, and the sheath was redesigned with the tooling deleted and six eyelets added to protect the laces.

This knife is in excellent condition with the original 1964-65 basket weave sheath and the unusual aluminum rimmed fiber sheath insert. It has some spots and minor scratches from the aluminum insert but otherwise an excellent example of an over 57 year-old Schrade Walden 15 OT Deerslayer. 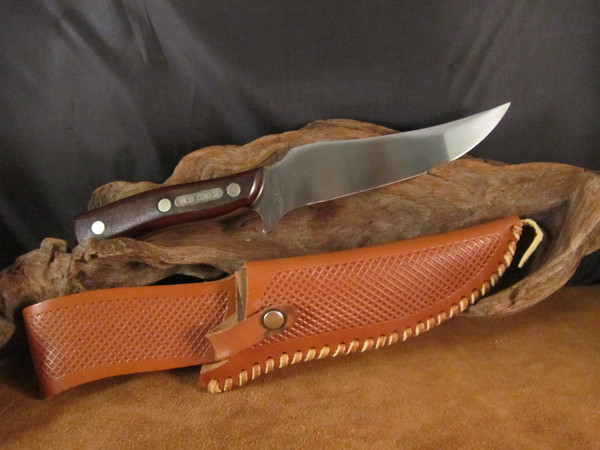 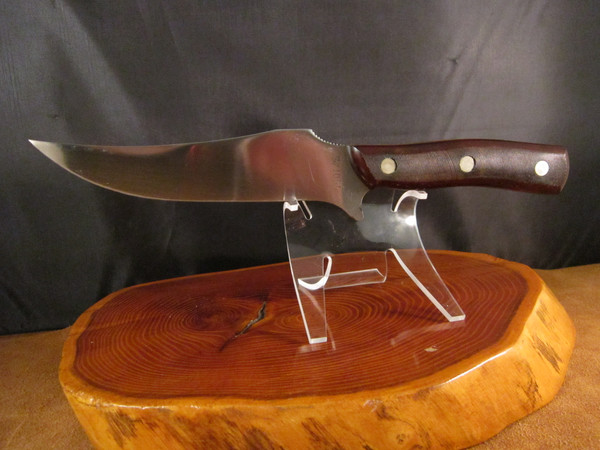 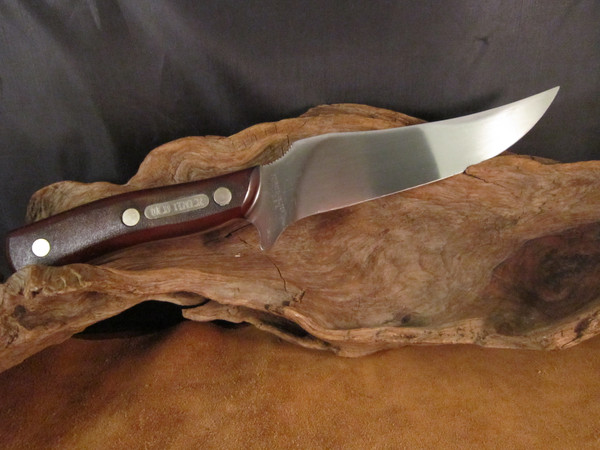 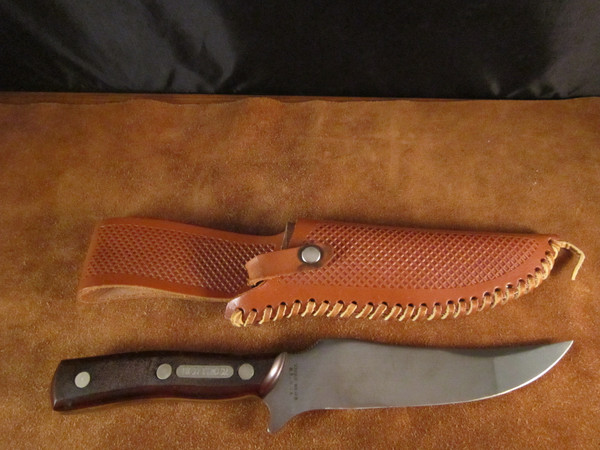 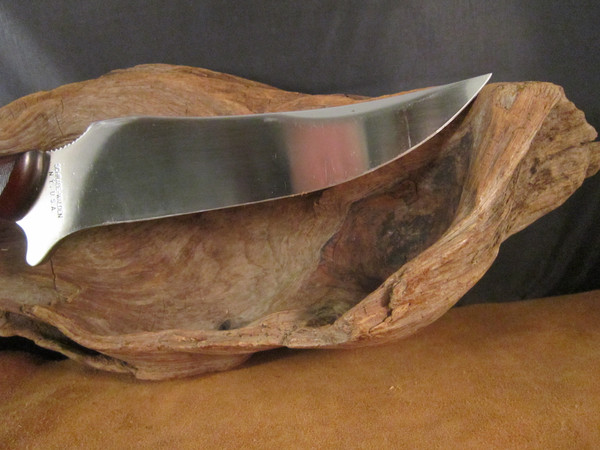 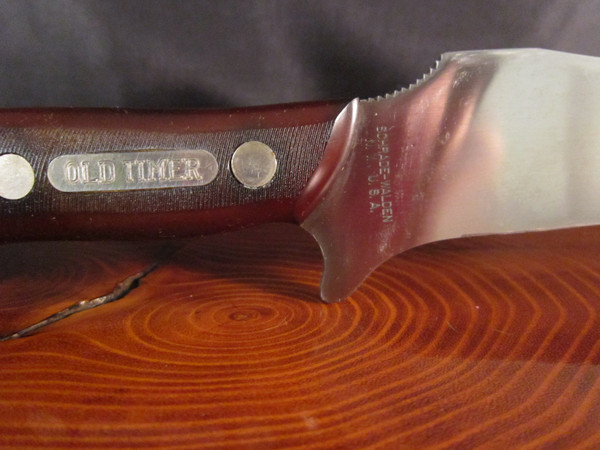 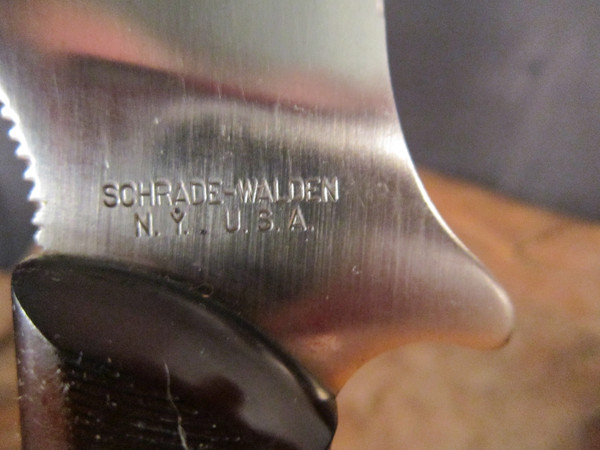 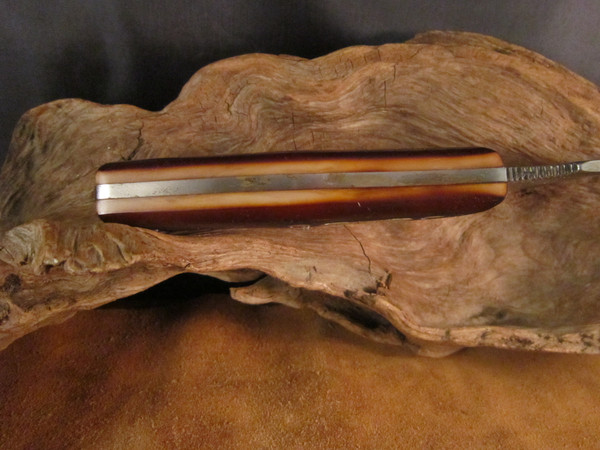 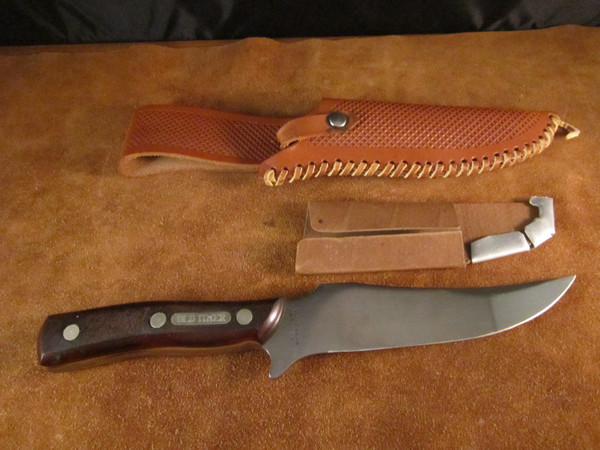 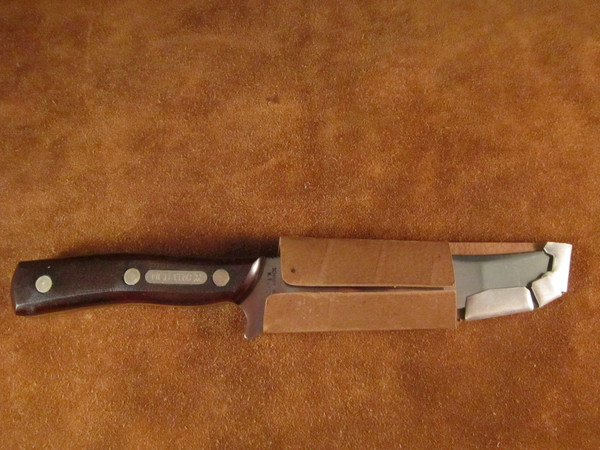